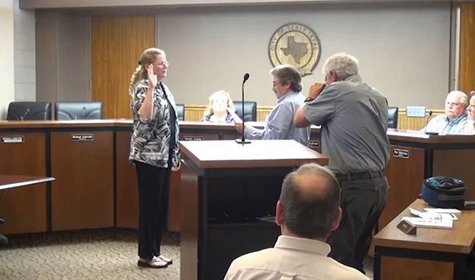 Janice Whitehead was sworn in at Tuesday’s City Council meeting to finish up elections for the City of Sealy Government.  As you may recall, there was an indecisive win originally for Whitehead with only 3 votes separating herself and Jason Guilbeau causing Guilbeau to contest the election and request a recount.  He later conceded the race for personal reasons in a letter that he posted to his Facebook page.  With the installment of Whitehead for Sealy City Council Place 2 Sealy is read to resume their business of serving the citizens of the city.

Blinn College District Accepting Applications For Approximately $550,000 In Scholarships For 2023-24