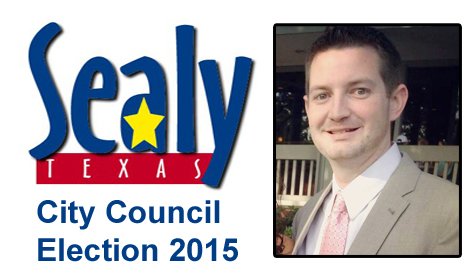 Jason Guilbeau conceded the race to Janice Whitehead and decided not to take legal steps to move for another election.  He stated that he made this decision so that he could follow up with other goals he had in his personal life.  He made this post minutes ago on his Facebook Page:

After this morning’s recount, I have decided to focus on finishing law school, begin my legal career, and begin looking down the road at starting a family with my wonderful girlfriend, Amy. I had always told myself that I would never be a candidate, after years of campaign experience from the local to the national level. However, after seeing the potential Sealy has, along with my love of public policy, I thought I had a lot to offer on City Council.

I have nothing but respect and admiration for Mrs. Whitehead, and she will do a great job on City Council. Moments ago, I called her to concede the election, in addition to offering her a well deserved congratulations. I am proud of the fact that she and I both kept our campaigns focused on the issues and our experience. Neither one of us never resorted to “attack ads” or any type of negative campaigning. I am glad to have gotten to know Mrs. Whitehead better.

I would like to thank the staff at City Sealy Hall, those who served on the recount board this morning, and would like to congratulate, once again, Larry Koy and Jennifer Sullivan on their victories. I will most likely not be seeking election next year for Sealy City Council, but I have not ruled it out completely.

With that said, I am focused on starting a family in the next few years, building a career as an attorney in the field of criminal prosecution, beginning as an Assistant District Attorney, in a rural jurisdiction much like our region of Texas. I would like to look at a possible run for a District Attorney position one day, and possibly a future run to serve as a District Court Judge or possibly the State Legislature, even further down the road. I just want to thank my supporters. It was a close race, and a good one! Sealy has a bright future!

This means that the Sealy City Council Position 2 will now be filled by Janice Whitehead.