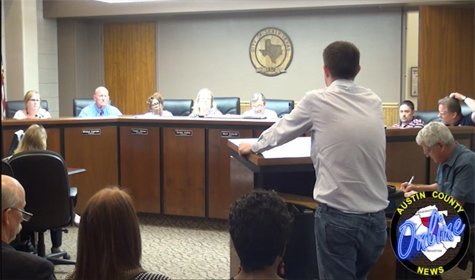 The Sealy City Council Position Place 2 race has hit a bit of a snag as Jason Guilbeau contested the results of the race.  The race was only decided by 3 votes but, there were at least 4 provisional ballots that were mishandled that could change the race altogether as well as 1 illegitimate according to Mr. Guilbeau.

Whether a provisional ballot is actually counted is contingent upon the verification of that voter’s eligibility.  This is the nub of the issue with the place 2 race.

As it stands, the duty of recounting the ballots falls to the mayor in a situation like this who will nominate a board to conduct the recount and each candidate may have a witness present.  But, Guilbeau has pointed out that under Texas State Law if the amount of provisional ballots is within the margin of error to change the result of the race, the law states that a new election for that position is to take place.  Guilbeau and his attorney were present at the city council meeting to make the council aware of this and let them know that they are prepared to take legal action to keep the integrity of the election process intact and they want Texas Law to be followed.

“It’s not about winning or losing.  I just want the city’s voice to be heard and so this matter can be resolved as quickly as possible and the city can get back to work.”

The recount was originally set for Monday at 6pm but, was changed to Tuesday morning at 8am as of this writing.