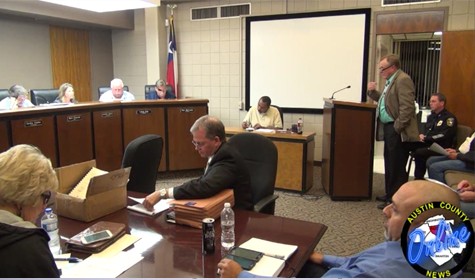 At Tuesday’s City Council meeting it was decided that the city should go with a 2 million gallon waste water treatment plant for the City of Sealy.  Craig with O’Malley-Strand, Inc. was on hand to give some of the cost figures for the proposed wastewater treatment plant before the council made their vote.   The estimated figures were:

With the vote finished the city and engineering firm will be able to move forward now on land acquisition as well as permit applications for the project.   The vote was made with only Mayor Mark Stolarski dissenting siting that he felt other technologies should be explored before continuing.  The video below contains the vote and discussion.