Giving Is What Sealybration Is All About [VIDEO] 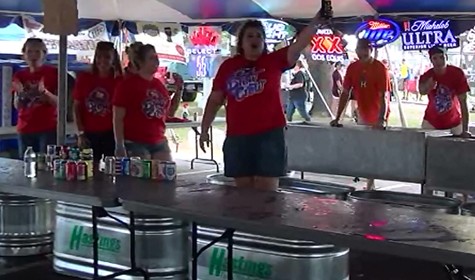 The sixth annual Sealybration took place this weekend.  There was entertainment for people of all ages.

From the carnival to the petting zoo children were able to have fun.  And for the young at heart there were venders and all day entertainment.

Wariner has had 10 number one hits in his career.  He became a member of the Grand Ole Opry in 1996. He was inducted into the Music City Walk of Fame in Nashville in 2008, and the Kentucky Music Hall of Fame in 2011.

Each year Sealybration has been able to expand adding something new.  This year patrons to the festival had the option of purchasing VIP tickets.  This allowed prime parking, front stage seating during the concerts, a meal and five beer tokens. They also have access to other amenities.

So where does all this money go to? All the proceeds made from Sealybration goes back into the community.  Several non-profit organizations help to run the gates and actually get part of the proceeds made from the festival.  It also helps to provide Scholarships for graduating High School Seniors and aids in bringing other events to the Sealy area.