An off duty Houston Police Officer died in a head-on crash that took place on Interstate 10 near Sealy this morning.

HPD Officer Gizelle Solorio, 32, was off-duty when her Toyota Tacoma crashed into a big rig around 6:30 a.m. 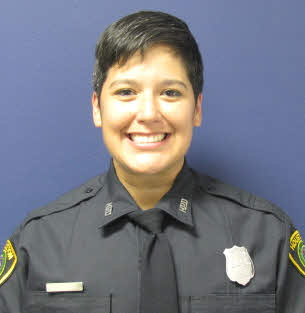 DPS investigators are trying to figure out why Solorio was going the wrong way in the westbound lanes just east of Mlcak Road.  The report is that the trucker tried to swerve but was unable to get out of the way.

The Houston Police Department posted the following on their Twitter Page:

With heavy hearts, we learned one of our own died in a crash on I-10 West near Sealy at 6:30 a.m. today. Officer Gizelle Solorio was off duty at the time. We ask for your prayers for Gizelle & her family. pic.twitter.com/NuS7CqeNWv

At 4:45 p.m., Northeast Patrol Commander Chandra Hatcher will offer brief remarks to media on the passing of Officer Gizelle Solorio. The briefing will be held at the HPD Northeast Patrol Station, where Officer Solorio was last assigned, at 8301 Ley Road. #hounews pic.twitter.com/90R4V8sO5r

Interstate 10 was closed for several hours while the wreck was removed.

Just got to the scene and there are at least a dozen officers here. @KHOU #khou11 pic.twitter.com/XCc4587nsW