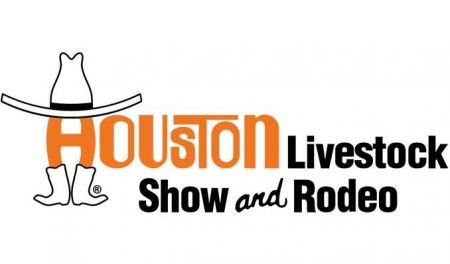 JULY 15, 2021 — HOUSTON — FOR IMMEDIATE RELEASE — Today, the Houston Livestock Show and Rodeo announced its new Calf Scramble event, “Super Scramble,” which will debut Saturday, March19.
The Super Scramble is an extension of one of RODEOHOUSTON®’s fan-favorite events, Calf Scramble,which is held nightly after the rodeo action. The Super Scramble will invite the 19 “First Catch” scramblers from each of the previous 19 Calf Scramble performances, to participate in the event. The 19 scramblers will attempt to catch one of the nine calves during the event, and each participant will be awarded a cash
prize based on their performance.
Super Scramble Cash Prizes Payout:
• First catch: $10,000
• Second catch: $6,000
• Third catch: $4,000
• All remaining catchers: $2,000
• Non-catchers: $1,000
• Total purse for Super Scramble performance: $42,000
Cash prizes will be distributed to winners upon completing their calf scramble project and returning to the show the following year.
About the Calf Scramble Program:

One of the most spirited and extremely heartwarming events at RODEOHOUSTON is the Calf Scramble, which takes place after the rodeo action in NRG Stadium. With Texas 4-H and FFA members and calves darting in every direction across the NRG Stadium floor, the calf scramble becomes one of the most chaotic, unscripted and favorite events of the Rodeo.
Each student who successfully catches a calf is awarded a $1,750 certificate to purchase a registered beef heifer or market steer to show at the Rodeo the following year. Returning as an exhibitor, the student shows in a special competition with other calf scramble contest winners.
Students receive a $500 bonus if program requirements are fulfilled throughout the year. In addition to the daily responsibility of raising their livestock, students must keep record of program expenses, share monthly reports and pictures with their donors, write two essays about their project, and create a stall display when they return to the Rodeo the following year. Since the program’s inception in 1942, approximately $14.8 million in certificates and awards has been distributed to more than 21,800 students. Calf Scramble exhibitors from 2020 who returned with their heifer or steer projects to compete at the 2021 Houston Livestock Show received more than $100,000 in premiums and awards.
Texas 4-H and FFA members who would like to participate in the 2022 Houston Livestock Show and Rodeo Calf Scramble may apply at rodeohouston.com beginning Oct. 1.
The Houston Livestock Show and Rodeo promotes agriculture by hosting an annual, family-friendly experience that educates and entertains the public, supports Texas youth, showcases Western heritage and provides year-round educational support within the community. Since its beginning in 1932, the Rodeo has committed more than $500 million to the youth of Texas and education.
Share This Article