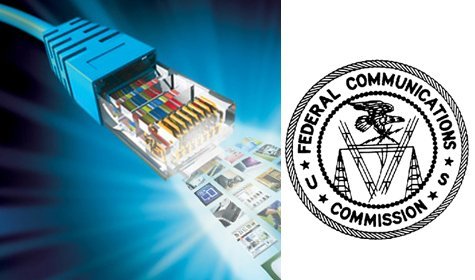 The FCC will officially begin regulating the internet.  In a 3-2 vote today, the Federal Communications Commission (FCC) voted to radically overhaul the way Internet service is regulated.  Under the new rules, broadband providers, long classified by the agency as Title I information services will now be regulated as Title II telecommunications services—essentially making them public utilities, like the phone system.

This is also the first time that net neutrality rules will apply, in full, to mobile internet service. Additionally, the commission uses the new order to assert its ability to investigate and address complaints about “interconnect” agreements — deals made between internet providers like Comcast and content companies like Netflix, which has regularly complained that these deals are unfair.

The new rules should go into effect around two to three months from now, though the time will vary depending on how long it takes the commission to release the order to the Federal Register. The commissioners may still need to fix technical points in the order, which can be changed with unanimous agreement.

Opponents sought to delay today’s vote, citing a lack of transparency. On Monday, Ajit Pai and Michael O’Rielly (the two dissenting votes) issued a joint statement criticizing Wheeler’s refusal to reveal the entire 332-page plan and called for “the FCC leadership … to allow the American people a reasonable period of not less than 30 days to carefully study it” before the vote. The chairman made public only a summary before the vote.

O’Rielly reiterated his concern that Obama had inserted himself into the process. “I am just sick about what Chairman Wheeler was forced to go through during this process,” O’Rielly said in a statement. “It was disgraceful to have the Administration overtake the Commission’s rulemaking process and dictate an outcome for pure political purposes.”

Verizon, responding to the vote on its public policy blog, decided to take this argument to its logical extreme.  “FCC’s ‘Throwback Thursday’ Move Imposes 1930s Rules on the Internet” reads the headline to a blog post written entirely in Morse Code.

Net Neutrality has been a big topic for many in America but the one key thing that everyone should take away from this vote (but no one seems to be talking about) is the reality that an executive agency elected by no one, exercising a power delegated by no one, enacted a law via fiat that was read by no one and ruling your life through “Fairness.”

Here is a humorous explanation of Net Neutrality from Last Week Tonight With Jon Oliver: