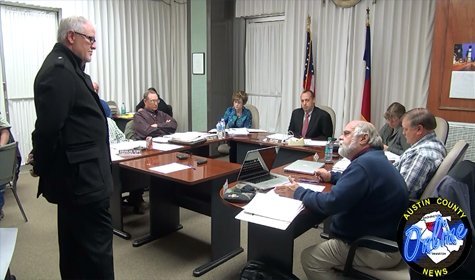 Monday’s Commissioners Court Meeting at the Courthouse saw a few of the facilities neighbors voicing concerns (00:00:20 –  00:05:44 of the video), Sheriff Jack Brandes gave his report concerning the facility (00:05:46 – 00:11:48) and the facilities CEO came forward to give his insight into the issue and to take questions from the court (00:11:49 – 00:37:33).  The facilities executive director then stood to clarify the actual meaning of the word “minimum standards” that the sheriff used to describe the facility’s level of care and to assure the court that the facility does go above and beyond the necessary standards that the State of Texas has in place for facilities such as theirs (00:37:33 – 00:38:52).  The CEO and Executive Director then both explained different facets and areas of care their facility provided (00:38:52 – 00:43:51).

Commissioner Turner expressed his concerns to the CEO of the facility:  “I have to have an equal amount or more empathy for people who spent their money, bought the land and they’re trying to raise their families in a peaceful and protected place.  They are now facing this situation which, I believe, is depriving my neighbors of the full, peaceful enjoyment of their life and their land.”

The CEO stated that they will be putting up a game fence around the facility to help deter runaways from leaving the facility property.

The full discussion at commissioners court can be viewed in the video below: