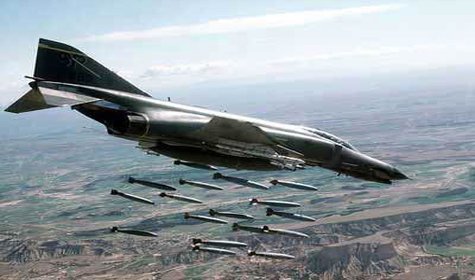 James Madison is commonly referred to as the Father of the Constitution in large measure because, in the secrecy of the Constitutional Convention in Philadelphia in 1787, he kept the most complete set of notes. He also had a very keen mind and a modest demeanor and an uncanny ability to solidify consensus around basic principles that are woven into the Constitution.

After he wrote the Constitution and before he became Thomas Jefferson’s secretary of state and eventually a two-term president, he was a congressman from Virginia. When he spoke on the floor of the House, the parts of the Constitution he was most adamant about restrained the president. Chief among those restraints, in Madison’s view, was the delegation to Congress, and not to the president, of the power to wage war.

“Of all the enemies to public liberty war is, perhaps, the most to be dreaded, because it comprises and develops the germ of every other. War is the parent of armies; from these proceed debts and taxes; and armies, and debts, and taxes are the known instruments for bringing the many under the domination of the few. In war, too, the discretionary power of the Executive is extended; its influence in dealing out offices, honors, and emoluments is multiplied; and all the means of seducing the minds, are added to those of subduing the force, of the people. … No nation could preserve its freedom in the midst of continual warfare.”

Madison is instructive for us today as President Obama decides whether to ask the nation to go to war or to order hostilities on his own.

Under the War Powers Resolution (WPR), the president can deploy U.S. forces anywhere outside the U.S. for 180 days upon his written notifications of congressional leaders. He does not need a declaration of war to deploy forces for 180 days, yet he cannot deploy forces beyond that without express authorization from Congress.

Obama used the WPR as the legal basis for his air invasion of Libya in 2010. That resulted in the destruction of the government there, which the U.S. had supported with $1 billion annually since 2005 (we literally destroyed armaments that we had paid for), the death of Col. Gadhafi, whom President George W. Bush and British Prime Minister Tony Blair called a friend in the war on terror, the instability of the nation, the death of our ambassador, and the seizure by mobs of U.S. government-owned real estate. The president declined to use the WPR authority last year when he sought — and did not receive — express congressional authority to use military force to degrade the offensive weaponry of the Syrian military.

The WPR is a two-edged sword. Though the courts have never reviewed it, it is certainly unconstitutional, as the courts have consistently ruled that one branch of government cannot give away its principal constitutional powers to another. Congress surely cannot give its war-making power to the president any more than it can give it to the courts. So, the political question with respect to war remains: Who will take the heat for fighting a war against ISIS — the president via the WPR or Congress via the Constitution?

Yet, beyond the political question is the more profound question of who will enforce the Constitution. In addition to Madison’s fears about foreign wars leading to domestic tyranny, there are profoundly practical reasons why war is a decision for Congress alone.

Here is where it gets dicey and inside the Beltway. Republicans want war because they see ISIS as a dreaded enemy and can use its televised barbarity to rally voters to their candidates. Democrats want war because they can use it to show the voters that they, too, can be muscular against terrorists. Yet, Republican leadership in the House is reluctant to permit the House to debate and vote on a resolution authorizing hostilities, because they can’t agree on how to instruct the president to end the war.

But war often has surprise endings and unexpected human, geopolitical and financial consequences. A debate in Congress will air them. It will assure that the government considers all rational alternatives to war and that the nation is not pushed into a costly and bloody venture with its eyes shut. A congressional debate will compel a written national objective tied to American freedom. A prudent debate will also assure that there will be an end to hostilities determined by congressional consensus and not presidential fiat.

What should Congress do? It should declare once and for all that we will stay out of this ancient Muslim civil war of Shia versus Sunni. We have been on both sides of it. Each side is barbarous. In the 1980s, we helped the Sunni. Now we are helping the Shia. Last year, Obama offered to help ISIS by degrading its adversaries; now, he wants to degrade ISIS. We have slaughtered innocents and squandered fortunes in an effort to achieve temporary military victories that neither enhance our freedom nor fortify our safety. We will only have peace when we come home — when we cease military intervention in an area of the world not suited for democracy and in which we are essentially despised.

I suspect most Americans have had enough of war, and they understand that if the political class ignores Madison’s warnings, it will do so at its peril.