The green movement of the 1970s formed the modern American recycling industry, although there is some concern today that it could be collapsing in many parts of the country, The New York Times warned.

“The sooner we accept the economic impracticality of recycling, the sooner we can make serious progress on addressing the plastic pollution problem,” said Jan Dell, an engineer who leads Last Beach Cleanup.

The report cited Philadelphia, Memphis, and Sunrise and Deltona, Florida, as metropolitan areas where the economics of recycling are not feasible anymore.

“We are in a crisis moment in the recycling movement right now,” California state treasurer Fiona Ma told the Times.

The major dilemma, per the Times, is China’s ban on imported plastic waste.

Recovered plastic shipments to China collapsed by 99.1% in 2018 versus 2017. The government halted mixed paper and post-consumer scrap plastic on Jan. 1, 2018. 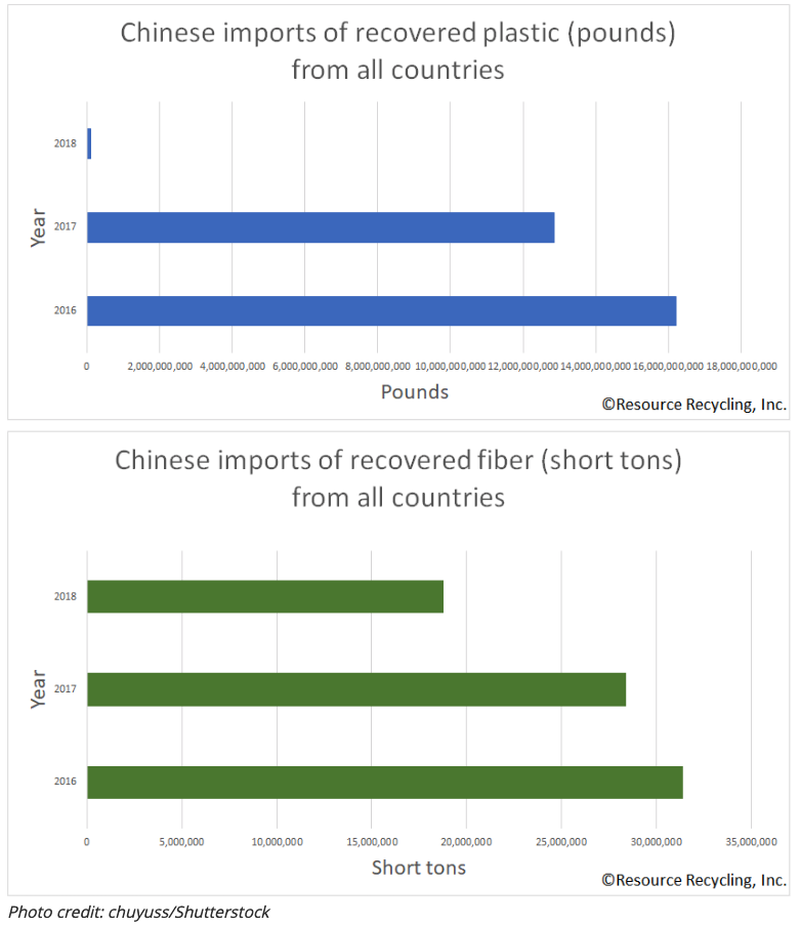 “Recycling has been dysfunctional for a long time,” nonprofit Recycle Across America Executive Director Mitch Hedlund told the Times. “But not many people really noticed when China was our dumping ground.” 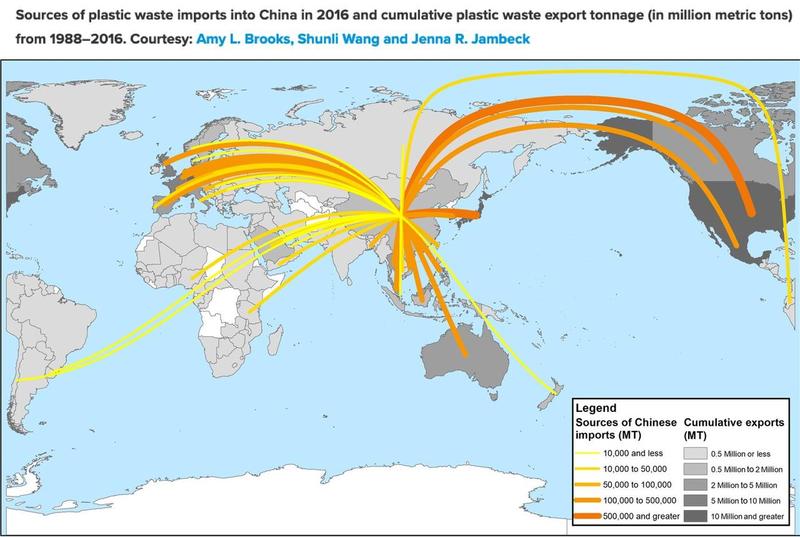 It seems like Americans are recycling more than they need too, blending trash with recycled items, which triggered the Chinese to ban plastic waste shipments from abroad.

With China no longer a buyer of American post-consumer plastics, recycling and waste companies are now slapping municipalities with higher service fees.

“Amid the soaring costs, cities and towns are making hard choices about whether to raise taxes, cut other municipal services or abandon an effort that took hold during the environmental movement of the 1970s,” the Times reported.

Sunrise, Florida is now burning its recycled waste and transforming it into energy.

Philadelphia has also resorted to burning its recycled waste.

Just north of the Columbus metropolitan area, Ohio, Sims Brothers Recycling in Marion reports it lost 10-15% of its plastics business since China cracked down on plastic waste imports.

“We’ve had to tell a lot of customers we cannot accept materials that we used to be able to bring in and bale and process and ship overseas,” said Jeff Clark, head of non-metallics recycling at Sims Brothers Recycling.

Clark warns that China’s ban on imported plastic leaves fewer options to recycle. He said some shipments had been diverted to Canada, but it looks like most plastic waste will end up in landfills.

“We’ve got to find more markets here in the United States to process this material or it’s just going to continue to go back into the landfill, which a lot of it has done that,” Clark said.

Now that China has refused to be the dumping ground of America’s recycled waste, where on Earth will it all go?

This article appeared at ZeroHedge.com at:  https://www.zerohedge.com/news/2019-03-17/recycle-crisis-sweeps-across-america-after-china-halts-plastic-waste-imports