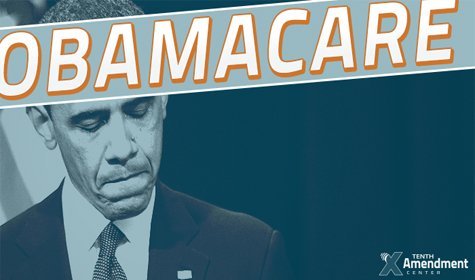 While the so-called affordable care act has increased the level of insurance coverage in the country, it has utterly failed in one of Obama’s primary promises – that competition introduced through the state exchanges would lead to lower premiums. This was supposed to put the “affordable” in the affordable care act.

In fact, premiums have skyrocketed and many insurance companies have simply abandoned the state exchanges, unable to turn a profit.

Peter Suderman explained the extent of the problem in a recent Reason.com Hit & Run Blog post.

What this means is that in many rural areas, Obamacare’s exchanges will be served by one and only one insurer. A recent report by the Kaiser Family Foundation found that some 650 counties in states like Kentucky, Tennessee, Mississippi, Arizona, and Oklahoma were likely to have just one carrier next year. In Wyoming, Alaska, and Alabama—yes, the same state that Obama highlighted in his 2009 speech—the exchanges will feature no competition anywhere in the state. In places like these, Obamacare has not solved the problem of too little competition in the health insurance market; it has allowed it to continue, and perhaps even contributed to it.

Essentially, Obama’s plan would bring the U.S. a step closer to the single-payer government run system progressives have aimed for all along. In fact, many government health care opponents speculated this was the end-game of Obamacare from the git-go. They knew it would never work, and the ultimate solution would boil down to a full-blown national health care system.

The fate of the co-ops that were funded through Obamacare serve as an interesting crystal ball.

The administration pitched the co-ops as essentially interchangeable with the public option. “You could theoretically design a co-op plan that had the same attributes as a public plan,” then-Health and Human Services Secretary Kathleen Sebelius told Bloomberg News in 2009. Around the same time, President Obama told Time, “I think in theory you can imagine a cooperative meeting that definition” of a public option.

Obamacare resulted in the creation of 23 co-ops across the nation, some of which served hundreds of thousands of customers. As of this month, however, only 10 remain fully operational. The other 13 have either shut down, or announced that they plan to by the end of the year.

The reason for every closing has been the same: Premiums were set too low to cover the cost of medical expenses. The losses mounted. The co-ops couldn’t make the finances work. With each closing, taxpayers have had to swallow losses for the loans that funded their operations.

The so-called public option would likely endure the same shortfalls that doomed the co-ops – the difference being the federal government can simply print more money to keep its floundering system afloat. Suderman nails it.

There is little reason to believe that a full-fledged public option, entirely run by the government, would fare any better. It would, however, be much harder to shut down, and much more likely to be propped up by additional federal funding if it failed to completely cover its expenses on its own—leaving an ongoing cost to taxpayers rather than the one-time hit incurred by the failures of the co-ops.

One should also note that the private insurance companies forced to compete with this “public option” won’t have the luxury of printing money or taxing Americans to stay afloat. They will likely be forced out of the system, leaving us with Uncle Sam as Americans’ only insurance option.

Just what the progressives wanted all along.

This whole saga – from the Republican fix that actually keeps many features of the ACA to the proposed Obama fix – illustrates an ugly truth. Once these federal programs take root, they don’t go away. They don’t shrink. They only grow and become more invasive. Americans need to get this through their heads: politicians in D.C. will never get rid of Obamacare. Ever. Unless they do it to implement something bigger and more awful. State and local action provides the only hope of undermining and tearing down the system. If you keep looking toward Congress, or a new president, or federal judges to save you from national health care, you will be sorely disappointed.

The Tenth Amendment Center is a national think tank that works to preserve and protect the principles of strictly limited government through information, education, and activism. The center serves as a forum for the study and exploration of state and individual sovereignty issues, focusing primarily on the decentralization of federal government power as required by the Constitution.  This article originally appeared at: http://blog.tenthamendmentcenter.com/2016/07/obama-floats-fixing-his-healthcare-plan-with-obamacare-2-0/