Reuters examined a new farm survey by the Federal Reserve Bank of Chicago on Thursday that detailed farm loans at Midwest banks are having the most repayment difficulties in 20 years in second quarter 2019.

Following six years of falling farm income and rising debt levels, and the recent addition of record floods across the Farm Belt and the trade war between the US and China, a farm crisis on par to the 1980s could be imminent. 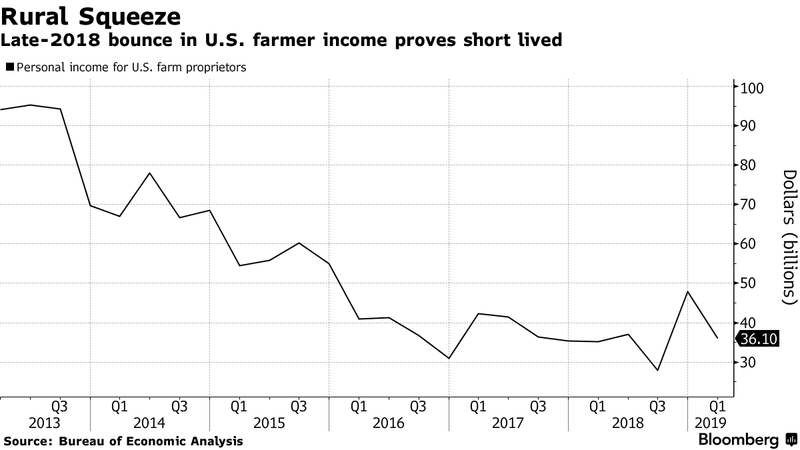 The portion of the 7th District’s agricultural loan portfolio reported as having ‘major’ or ‘severe’ repayment problems (6.2%) had not been higher in the second quarter of a year since 1999,” the report said.

The drop in farm incomes has also weighted on property values, which sank 2% in second quarter 2019 after being adjusted for inflation, the 7th Federal Reserve District said in the report. The district includes Iowa, portions of northern Illinois and Indiana, southern Wisconsin and the lower peninsula of Michigan. 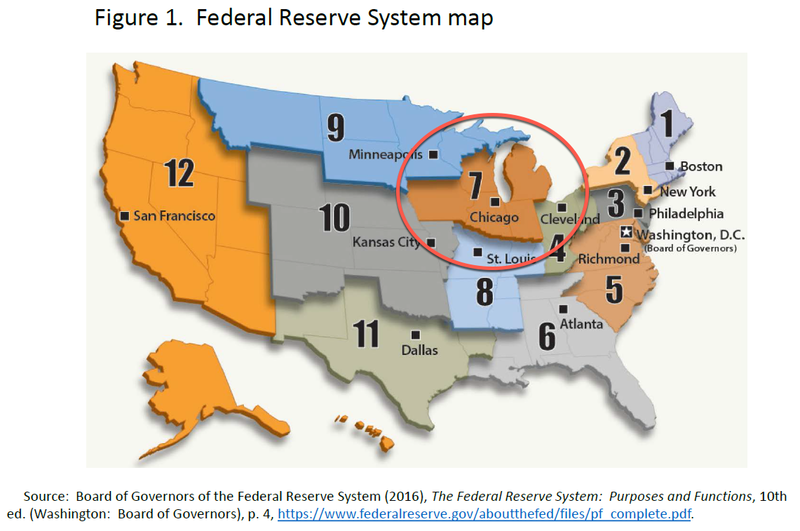 Iowa in 2Q19 recorded a 3% dip in farmland values, the most significant price drop in the district.

The 7th district as a whole registered the first YoY declines in farmland values since 3Q17. The bank expected farmland prices to stabilize in the short term with interest rates moving lower.

The Chicago Fed said the availability of credit to farmers was quickly diminishing but said loan demand was higher in the quarter on a YoY basis. What’s happening is that Wall Street banks are winding down risky lending to farmers because incomes continue to deteriorate. Farmers are now taking on more leverage as incomes and spot commodity prices continue to slump; this is a recipe for disaster ahead of the next recession. 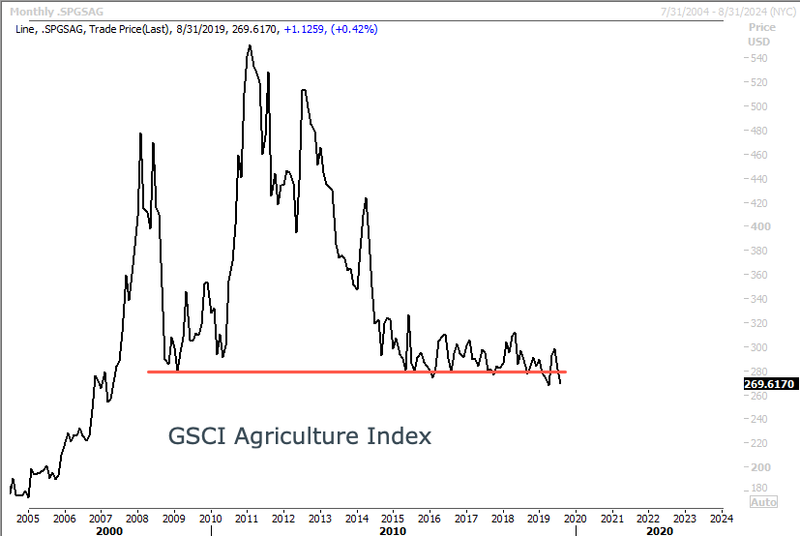 The report said at least 70% of farms in the 7th district were significantly impacted by the flooding in spring and the adverse weather conditions this summer, with much of the impact situated in Illinois, Indiana and Michigan.

Record floods compounded more pain for farmers who have already been dealing with a plunge in spot crop prices and a trade war that has resulted in China halting all US agriculture products.

The Chicago Fed said poor corn and soybean yields are expected this fall during harvest.

“It seems unlikely that these prices will rise enough to compensate for lost output, so the profitability of many corn and soybean farms will almost surely fall from their 2018 levels – possibly by a lot for some,” the report said.

With repayment issues among farmers soaring to two-decade highs for the 7th district, it seems that a farm bust could be imminent sometime in 2020.

This article appeared at ZeroHedge.com at:  https://www.zerohedge.com/news/2019-08-16/midwest-farm-loan-repayment-issues-hit-highest-level-1999