Lower Income Americans Are Begging The Fed For Less Inflation 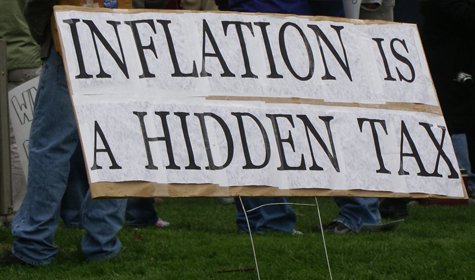 A recent Bloomberg report looked at the stark disconnect between Fed policy and well, everybody else but banks and the 1%.

While the Fed sees low inflation as “one of the major challenges of our time,” Shawn Smith, who trains some of the nation’s most vulnerable, low-income workers stated the obvious: people don’t want higher prices.  Smith is the director of workforce development at Goodwill of Central and Coastal Virginia.

In fact, he said that “even slight increases make a huge difference to someone who is living on a limited income. Whether it is a 50 cents here or 10 cents there, they are managing their dollars day to day and trying to figure out how to make it all work.’’ Indeed, as we discussed yesterday, it is the low-income workers – not the “1%”ers, who are most impacted by rising prices, as such all attempts by the Fed to “help” just make life even more unaffordable for millions of Americans. 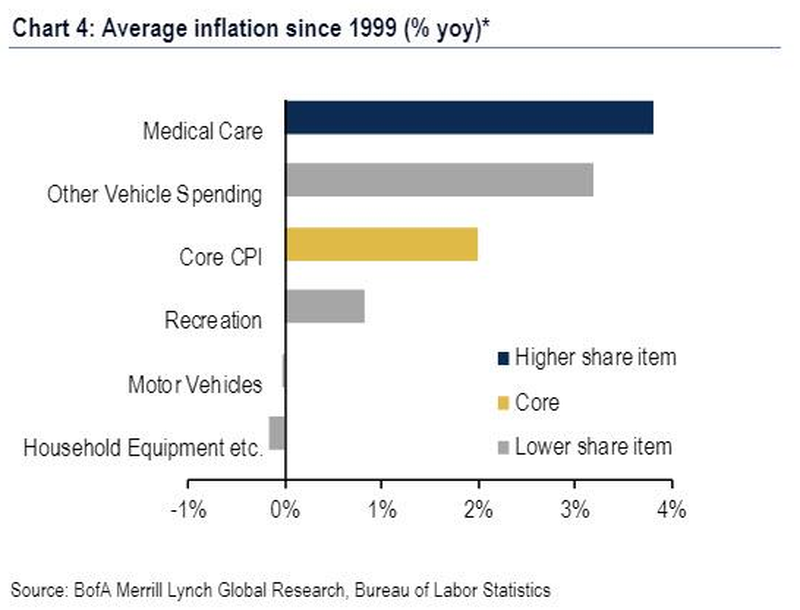 Fears, and risks, associated higher prices comprise much of the feedback that the Fed has getting as part of its “Fed Listens” 2019 strategy tour, labeled as a multi-city “outreach tour”. So much for objectivity. Fed Governor Lael Brainard faced additional feedback from community leaders earlier this week in Chicago when she chaired a panel on full employment. 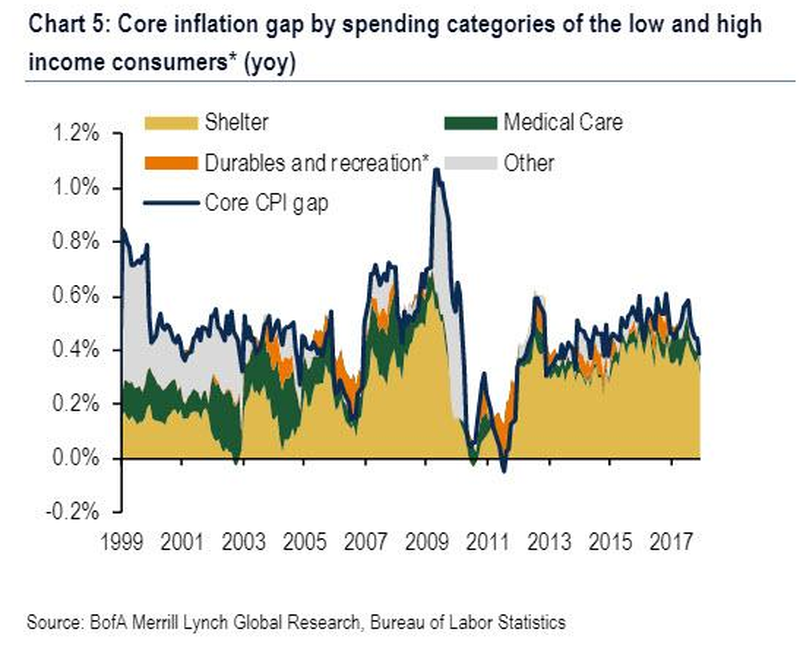 Patrick Dujakovich, president of the Greater Kansas City AFL-CIO, told the audience in Chicago: “I have heard a lot about price stability and fiscal sustainability from the Fed for a very, very long time. Maybe I wasn’t listening, but today is the first time I’ve heard about employment sustainability and employment security.”

The problem that the Fed continues to face is that it has backed itself into a corner. With the economy supposedly “booming” and the stock market at all time highs, rates remain low and any tick higher would likely begin to cause massive shocks to a debt-laden and spending-addicted economy that has been swelling into dangerously uncharted waters over the last 10 years.

As one potential answer, the Fed is now looking at “inflation targeting” (whose disastrous policies we discussed here yesterday), which amounts to simply pursuing higher inflation for a while to “make up” for “undershoots” of the Fed’s 2% target since 2009. But the reality is that this idea cripples consumers, especially those at the lower end of the income spectrum.

Stuart Comstock-Gay, president of Delaware Community Foundation, told an audience at the Philadelphia Fed: “The sometimes positive impacts of inflation for certain of us have no good benefits for people at the lower end of the spectrum.” 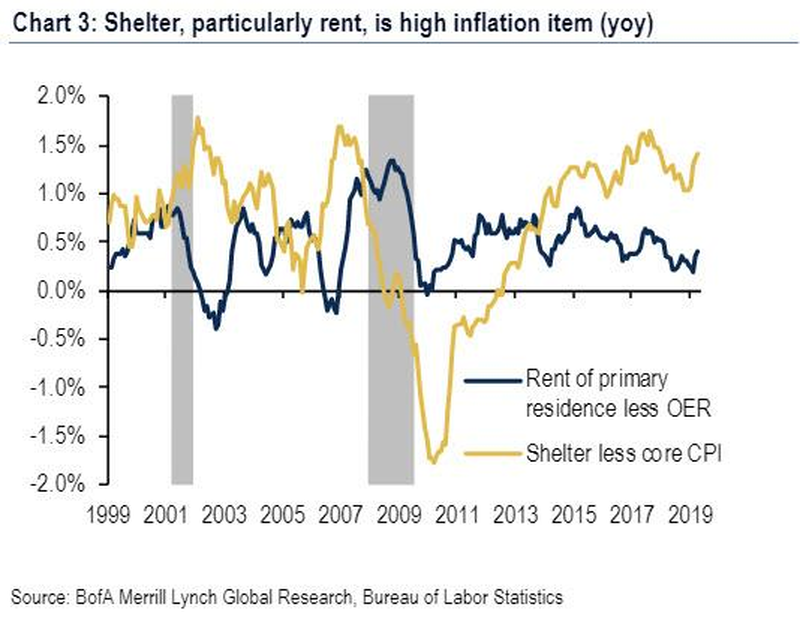 And even former Fed economists agree. Andrew Levin, who’s now a Dartmouth College professor said: “The Fed and other central banks need to make sure they can foster the recovery from a severe adverse shock. But the answer is not to push inflation higher. Elevated inflation would be particularly burdensome for lower-income families.’’

Other economists have similar takes:

University of Chicago economist Greg Kaplan found that the cumulative inflation rate was 8-to-9 percentage points lower for households with incomes above $100,000 versus those with incomes below $20,000 over the 2004-2012 period. During that time, inflation averaged 2.2% which would be in the range of what Fed officials are now discussing as a possible strategy.

As we noted previously, BofA economist Mingzi Yi wrote in a report that “when inflation accelerates, the lowest income cohort experiences higher inflation than the highest income group. This is one of the unintended costs of allowing inflation to run above target. But it is unlikely to deter the Fed.” 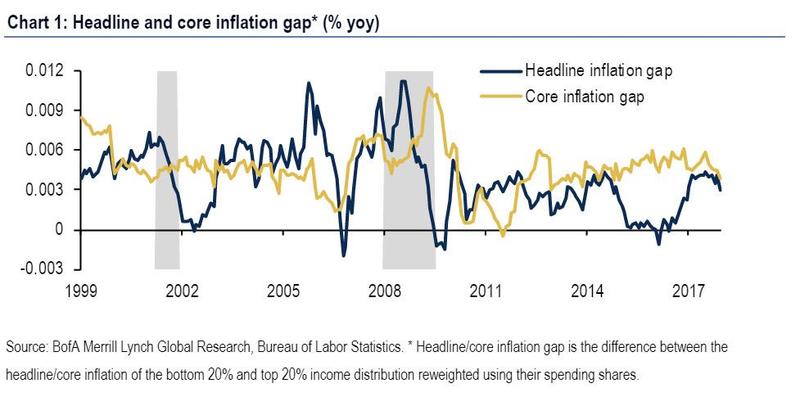 Finally, business leaders don’t like the idea of higher inflation either. Alex Costabile, vice president of strategy at Wawa, a convenience food and fuel retailer said that customers are “very aware” of when prices rise. “If we change the price of coffee, we have a lot of complaints,’’ he said.

So if everyone is against higher inflation, why do it? Simple – without inflation, it will be impossible to “inflate away” the debt, which in turn would put a ceiling on risk assets, and the entire “wealth effect” experiment will come crashing down, resulting in social turmoil, revolution – especially once billions of retirees realize their retirement money was based on one giant ponzi – and the Fed will be no more. So as a form of self-preservation expect many more attempts to reflate, “even if” it means that those whose wealth is based on financial assets, i.e., the “1%”, will be richer than their wildest dreams and the poor will be even poorer thanks to the Federal Reserve.

This article appeared at ZeroHedge.com at:  https://www.zerohedge.com/news/2019-06-07/lower-income-americans-are-begging-fed-less-inflation