Which US States Are Most Exposed To China And Mexico Tariffs 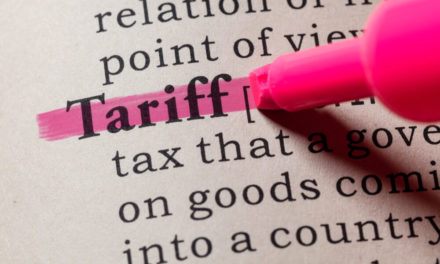 While traders wait with bated breath to see if Trump’s tariff threat will succeed in forcing Mexico to crack down on illegal border crossing into the US, even as trade tensions heat up between the US and China and the US and Mexico, JPMorgan recently examined what types of goods the US imports from these countries and where they go.

As JPM’s Daniel Silver writes, “there is a lot of uncertainty about what actually will happen with tariffs over time and what the economic effects will be, although in broad terms we think that higher tariffs should weigh on growth and boost  inflation.” While it is still too early to see much reaction to the news on trade policy from recent weeks in the economic activity data, JPM thinks that “understanding the cross section of goods imports will be useful in observing effects of the tariffs over time. For example, we can see if states that import more heavily from Mexico and/or China have weaker job growth than others.“

Beginning with trade with China, Figure 1 shows the main categories of goods imports (based on the 32 three-digit NAICS- based product codes) and Figure 2 shows the states that import the most as a share of their state GDP.

In total, last year the US imported $186 billion of computers and electronics from China, which was by far the single-largest category, trailed most closely by $50bn of imports of the related electrical equipment grouping, which includes household appliances. All other categories combined accounted for only about $300bn of imports in 2018. 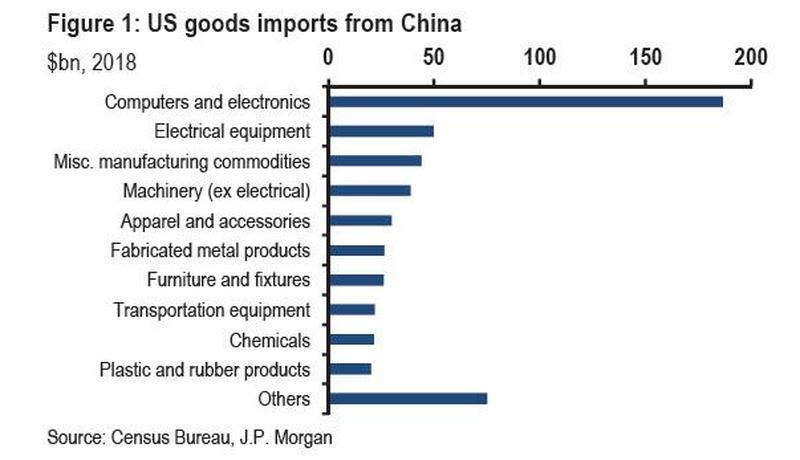 The top two state importers of goods from China were California ($161bn in 2018) and Tennessee ($27bn). Scaled by state GDP, Tennessee led the pack with imports equivalent to about 7% of GDP while California came in second with about 5%. 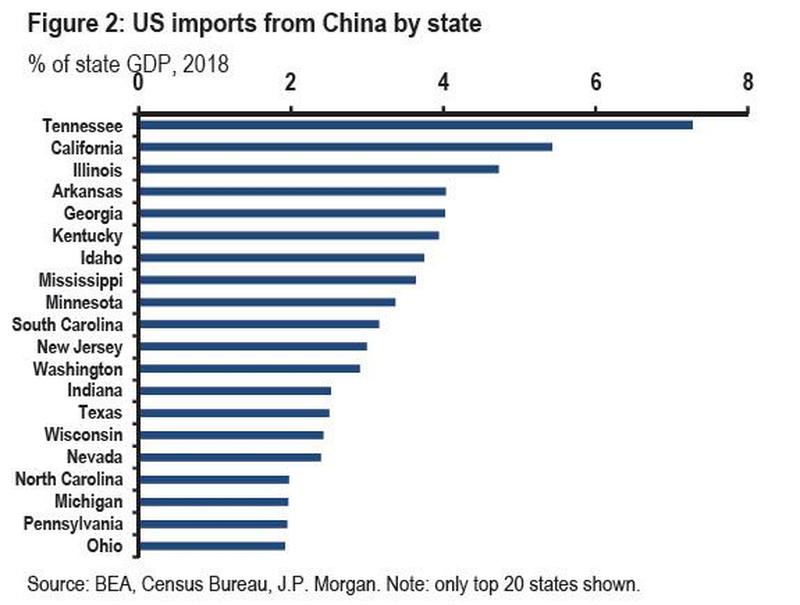 What about Mexico? Figures 3 and 4 show the comparable figures for US imports from the southern US neighbor. As expected, transportation equipment was the largest category of imports from the autoproducing powerhouse in 2018, with $120bn imported during the year, trailed by $65bn of imports of computers and electronics. 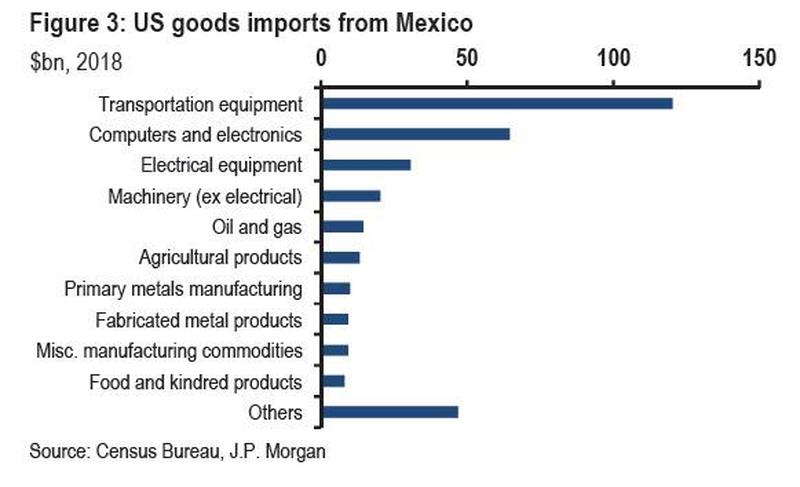 As for which states are most exposed to Mexican trade, Michigan and Texas were the states bringing in the most imports from Mexico in 2018 in terms of both level ($56bn and $107bn, respectively) and share of state GDP (11% and 6%, respectively). Rhode Island came in third, although it wasn’t immediately clear which Mexican products the tiny state was reliant on. 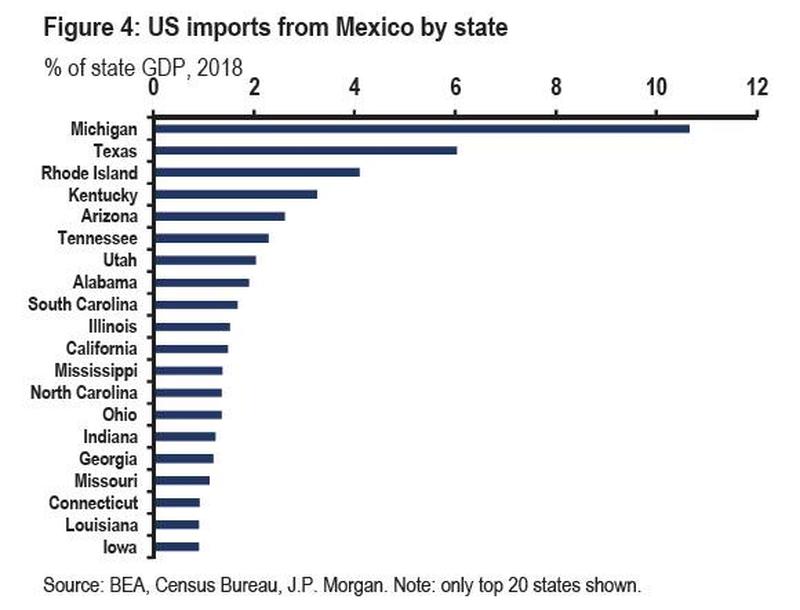 This article appeared at ZeroHedge.com at:  https://www.zerohedge.com/news/2019-06-07/which-us-states-are-most-exposed-china-and-mexico-tariffs