The Lack of EpiPen Competitors is the FDA’s Fault 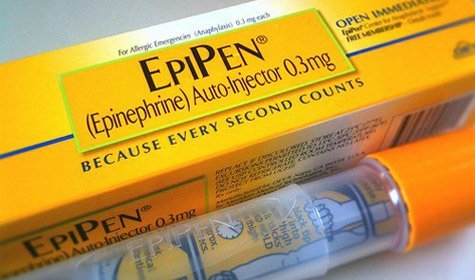 There’s a new bout of outrage over an expensive medicine or medical treatment. While the good in question changes each time, the blame always seems to fall on greedy corporations who just aren’t regulated enough. Free markets and capitalism are the scapegoat, even when nothing remotely resembling unhampered markets in health care is in place in the United States.

This time, it’s the EpiPen, a device that easily and safely injects epinephrine to quickly open up airways for people undergoing severe anaphylaxis because of an extreme allergy. It has saved the lives of countless people who are allergic to bee stings, certain foods, or other drugs because it can be administered on the spot by somebody without any medical training.

EpiPen is sold by Mylan, and the price for a pack of two has increased from about $100 in 2007 to over $600 as of May 2016. Mylan has tried to quell the storm by pointing out that many of their customers pay nothing for the drug because of insurance. Their deflection has been unsuccessful.

The economist looks for competitors in cases like this. A firm cannot just willy-nilly raise their prices without a competing firm leaping in to give consumers what they want at a lower price. As it turns out, Mylan has a great friend who keeps would-be competitors out of the market, or at least makes it so difficult for them that they eventually go out of business. That friend is the FDA.

With the FDA, patents, and cozy insurance relationships, Mylan has been able to steadily increase the price of EpiPens without significant market repercussions. Though, the current backlash may push many patients and doctors to look for alternatives. The only problem is that alternatives are few and far between because of government interventions.

Epinephrine is extremely cheap—just a few cents per dose. The complications come from producing the easy auto-injecting devices. Mylan “owns” their auto-injector device design, so competitors must find work-arounds in their devices to deliver the epinephrine into the patient’s body. This task, coupled with the tangled mess of FDA red tape, has proven to be difficult for would-be EpiPen competitors. It’s like expecting somebody to come up with a new way to play baseball without bases, balls, gloves, or bats, but still getting the game approved by the MLB as a baseball game substitute.

A French pharmaceutical company offered an electronic device that actually talks people through the steps of administering the drug, but it was recalled because of concerns about it delivering the required dose. Just this year, Teva Pharmaceutical’s attempt at bringing a generic epinephrine injector to market in the US was blocked by the FDA. Adrenaclick and Twinject were unable to get insurance companies on board and so discontinued their injectors in 2012.

Adrenaclick has since come back, but it is still not covered by many insurance plans, and the FDA has made it illegal for pharmacies to substitute Adrenaclick as a generic alternative to EpiPen. Another company tried to sidestep the whole auto-injector patent barrier by offering prefilled syringes, but the FDA has stalled them, too.

Mylan has been repeatedly protected from competition, and it has repeatedly (and predictably) increased the price of EpiPens in response. Allowing all of these companies to compete in producing epinephrine auto-injectors would be the best course for all of the many patients who want a cheaper solution for severe allergic reactions.

One thing is for sure: capitalism is not to blame. Government regulations have choked this market and many others. What we need is a big dose of freedom.

This article appeared at Mises.org at:  https://mises.org/blog/lack-epipen-competitors-fdas-fault  About The Author:  Jonathan Newman is a recent graduate of Auburn University and a Mises Institute Fellow. Contact: email