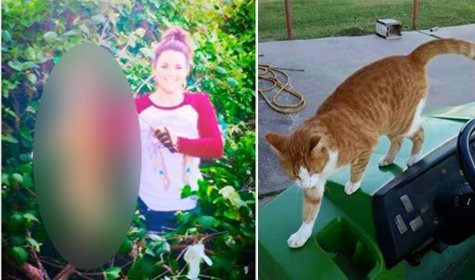 The Austin County District Attorney’s Office released a press release concerning the case of Kristen Lindsey, who was accused of animal cruelty.

The Brenham Police Department initially referred the case to the Austin County Sheriff’s Office based upon one unsworn hearsay report that Lindsey may have acted to protect her pets from a potentially rabid stray cat in Austin County. After a thorough investigation, Sheriff’s Office investigators were unable to confirm where or when the incident took place. Without this information, officers lacked probable cause to obtain a search warrant for any Austin County properties in this matter.

It is a defense to an Animal Cruelty charge if a person is protecting his or her own pets from an attack.  Although evidence is insufficient that an offense occurred here, both Austin and Washington counties are suffering from an outbreak of rabies cases, and at least one local resident is currently undergoing treatment after contact with a rabid animal. Residents are encouraged to vaccinate all pets.

Subpoenas to Facebook failed to produce useable evidence, as the account was deleted the same day law enforcement became aware of the matter. Without more information, the State lacks proof that this incident even occurred in the state of Texas. In some jurisdictions of the United States, hunting stray cats is expressly permitted. In the state of Wyoming, for example, citizens are permitted to hunt stray cats all year with very little restriction. [W.S. 23-1-101(a)(viii)(A); W.S. 23-3-103J.

Second, investigators were never able to positively confirm the identity of the cat seen in the social media photograph. Although one witness believes the cat to be a pet named “Tiger,” three different area residents had fed similar looking cats at one time or another that had no collar and had strayed.  Evidence was insufficient to positively identify an owner for the cat in the online photograph.

The Texas Board of Veterinary Medical Examiners has the sole decision-making authority as to whether Kristen Lindsey retains her veterinary license. The Austin County District Attorney is not involved in that decision.

Animal Cruelty is a disgusting and reprehensible act that the Austin County District Attorney’s Office strongly condemns. Contrary to some reports, this office has prosecuted and convicted Animal Cruelty offenders in the past. However, the duty of this office, and the duty of the Grand Jury, is to make decisions based on the law and evidence in each individual case.

The Austin County District Attorney’s office appreciates the hard work done by the Sheriff’s Office and the diligent service of the members of the Grand Jury and their careful review of the evidence.  No further criminal action will be taken in this matter.

Kristen Lindsey was accused of killing a cat with her bow on April 17, 2015.