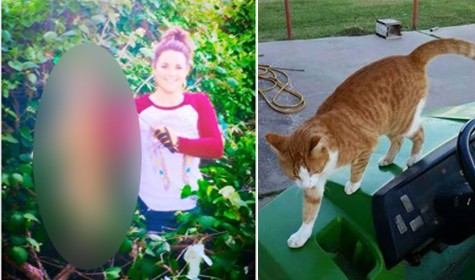 **Warning, May Be Disturbing For Some Readers**
What started out as a simple Facebook post for a local resident has quickly picked up momentum on the web.  Kristen Lindsey probably never imagined that her Facebook posting would catch this much attention so quickly.  The post was made yesterday at 8:48 PM and depicted herself holding a cat that had been skewered in the head by an arrow.  The text in her post indicated that she was the one who fired the arrow.

“My first bow kill. [emoticon] Lol. The only good feral tomcat is one with an arrow through it’s head!  Vet of the year award…gladly accepted. [emoticon]” 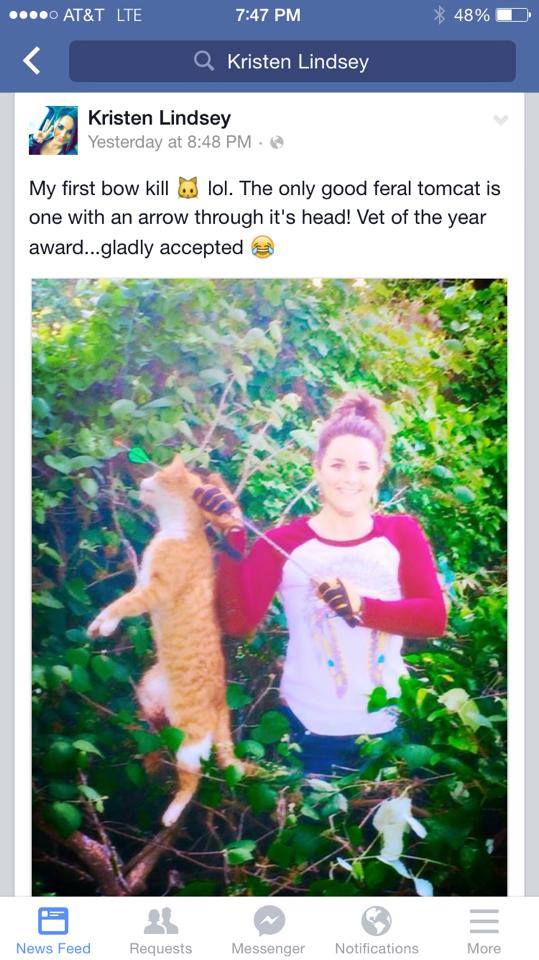 That posting quickly took flight on the web as the disturbing photo began to grow wings and multiply itself.  Angry animal lovers have since propagated that photo so much that it is now showing up on news outlet websites.  KBTX.com has the story stating that she has since been fired from her job as a veterinarian in Brenham, Texas and The Inquisitr is reporting that the case has now been handed over to the Austin County Sheriff’s Department.

The Austin County Sheriff’s Department has released a statement via their Facebook page stating:

“Regarding the ongoing investigation of the Facebook report on the Vet from Washington County:
We have a Deputy and a Lieutenant on the scene at this time, conducting the investigation. A lot of concerned individuals are calling our dispatch for information. As we are trying to conduct normal operations of dispatching Police, Fire and EMS, our dispatchers are being snowed under answering calls about our investigation. We are asking you to please take it easy on our dispatchers. As soon as the investigation is complete, we will post the relevant information here on this page.
At this time, this is the only information we can give out – the Dispatchers cannot tell you any more than that.” 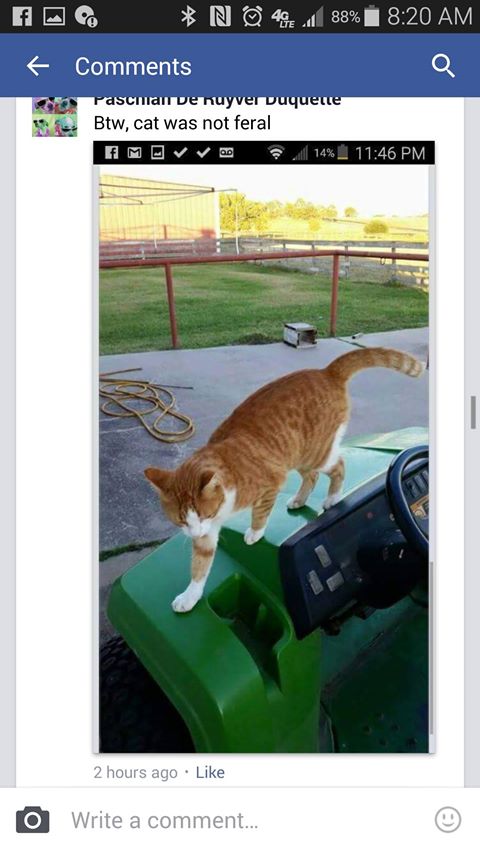 Facebooker’s post alleges that the cat in the photo is a neighbors cat and not a feral one.

The story has become even more controversial because another Facebooker alleges that the cat in the photo is a neighbors cat and not a feral one as Ms. Lindsey’s post originally indicated.  Ms. Lindsey will most likely be facing some form of charges because Texas has laws against Cruelty To Non-Livestock Animals.  Whatever does happen this is a good lesson for people using the web; think before you post or say anything that you might regret.

Facebook has also been active with two Facebook Groups being created:  Justice for Cat Murdered By Kristen Lindsey (which already has 1,436 “LIKES” so far) and Police In Texas Prosecute Kristen Lindsey For Animal Cruelty (which currently has 208 “LIKES”).

We will be updating this story as it unfolds.