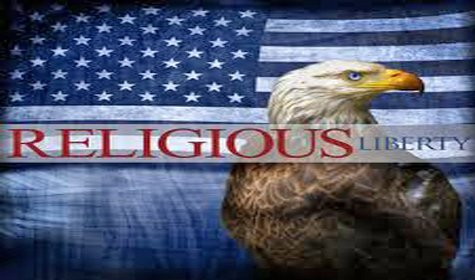 History teaches that when government gets involved in religion, religious Liberty is threatened.  The principle of religious liberty, asserted by King Henry I in 1100 and then embodied in the text of the First Amendment, is essential to the preservation of Liberty.

Richard Henry Lee, the drafter of the resolution to declare American independence said,

“It is true, we are not disposed to differ much, at present, about religion; but when we are making a constitution, it is to be hoped, for ages and millions yet unborn, why not establish the free exercise of religion, as a part of the national compact.”

The principle of religious liberty means

“Government should protect every man in thinking and speaking freely, and see that one does not abuse another…all should be equally free, Jews, Turks, Pagans and Christians.” (John Leland, Baptist Minister 1791)

In protecting every man’s right to speak freely, the government cannot promote any man’s religion over another or fund any religion to the exclusion of another.  That is the natural implication of the so-called establishment clause; government cannot restrict the exercise of religion by prejudicially supporting another.   When the government uses tax dollars to fund religious speech, then it must fund all religious speech. And according to Thomas Jefferson, such an arrangement would be a violation of one’s religious conscience.

“That to compel a man to furnish contributions of money for the propagation of opinions which he disbelieves and abhors, is sinful and tyrannical.” (The Virginia Statute for Religious Freedom, Thomas Jefferson, 1777)

The difficulty of making the hard decision to apply these liberty-centered principles can be seen in the public school setting.  A public school, funded with public money, CANNOT take a position on ANY religion, because all beliefs (or disbeliefs) are supported by public funding.   Yes, that means that publicly funded schools and teachers are limited in their professional speech.  However, this is no way prevents STUDENTS from freely expressing their beliefs.

If these public schools DO take a position on one religion, then they must give the same opportunity for ALL religions.  For example, if your public school, paid for in full or in part by public money, displays Christian crosses on football helmets, then those football helmets MUST also provide space for satanic symbols, Buddhist symbols, and yes even Islamic symbols.  Would those who are angry about a school being forced to take Christian symbols off their football helmets be equally, if not more so, angry about the display of Islamic or satanic symbols on those helmets?

Consequently, there are several Constitutional solutions to the lawyers and courts removing Christian symbols from public school property.  First, remove ALL public funding from schools and have private schools determine their own philosophical and religious dispositions free from government intrusion.  Secondly, remove YOUR children from publicly funded schools and put them in private schools that represent your beliefs and are free to openly express them.  Or, teach and encourage your children to express their beliefs whether your school leadership participates or not – just remember each child is entitled to their religious liberty as much as your own child.

“For myself, I fully and conscientiously believe that it is the will of the Almighty that there should be a diversity of religious opinions among us. It affords a larger field for our Christian kindness…”  (Thomas Paine, Common Sense, 1776)