Ben Swann – In an effort to secure the American embassy in Baghdad, President Obama announced Monday night that he will order 275 U.S. troops back to Iraq. These troops are being described as “equipped for combat”. The order comes only days after the President said that no U.S. troops would be sent to Iraq.

About 160 troops are already in Iraq, including 50 Marines and more than 100 U.S. Army soldiers. The President told Congress that there is no deadline for the stay and that the troops will remain in place as long as necessary to protect American interests.

In the letter sent to House and Senate leadership, the President stated, “This force is deploying for the purpose of protecting U.S. citizens and property, if necessary, and is equipped for combat. This force will remain in Iraq until the security situation becomes such that it is no longer needed.”

In the last week, Sunni militants under the name ISIS have taken Iraq’s second-largest city, Mosul, and Saddam Hussein’s hometown of Tikrit. Currently, these groups are now making their way toward Baghdad on three different sides. Over the weekend, ISIS posted videos of mass killings across Iraq.

As we reported, Iran has said that it too will commit troops to help secure and protect Baghdad. The U.S. is now talking with Tehran about a joint military venture.

It has been just under three years since President Obama ordered the pullout of U.S. troops in Iraq. 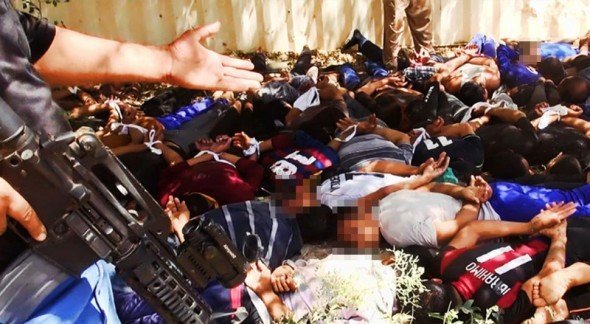