Should E-Cig Manufacturers Love the FDA? 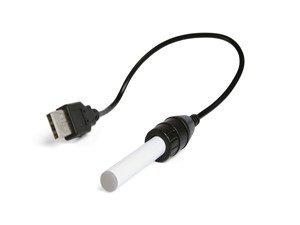 Mises – “E-Cig Execs Are Actually Thrilled With New FDA Regulations” was the lead story last morning on Time magazine’s website about the Food and Drug Administration’s proposed rules banning the sale of electronic cigarettes to minors, their sale in vending machines, and (of course) extending those ridiculous and ignored warning labels we now see on tobacco products to e-cigarettes too.

You may be forgiven for finding the headline nonsensical. If the purpose of anti-smoking regulation was about, you know, actually reducing smoking, then one might presume regulatory authorities would champion the emergence of smoking substitutes. But it was never about this. It was, and is, always about control, and the result is a Bizarro World in which e-cig manufacturers apparently support the use of extra-market force against the sale of their products.

I write this as a non-smoker who has no problems with others who smoke (or drink or eat) as a result of free choice. I may or may not like their choices, and I may even on occasion and on an individual basis suggest that they make different ones, but I can appreciate their actions as expressions of self-ownership. As long as their activities do not aggress against my person and property, then what others smoke (or drink or eat) is their business.

Indeed, since ownership is tied to control, then when other parties prohibit others from such activities with threats of violence, they assert ownership over others. Those who would ban you from smoking (or eating, drinking, self-medicating, or whatever) aspire to become the actual owners of your body. In the process, they rob you of the ability to learn and earn virtue by denying your the right to seek and choose for yourself that what is good.

But I digress. If smoking tobacco is the Supreme Evil that the prohibitionists make it out to be (which it isn’t), then it seems that e-cigs represent an exciting entrepreneurial development to help people become weaned off of tobacco. One would think anti-smokers would encourage these developments and decry any restrictions on them. Yet, Time, the newsletter of the nation-state, informs that the makers of e-cigarettes are “thrilled” with the ruling. What’s going on?

On one level, we must remember the source. Time, from its inception during the Progressive Era, has always been about telling the rank-and-file what it should think about its ruling elites. These are (we are told) likable people who share our tastes and aspirations and whom we should support.Time also exists to tell us what we should think about their policies, especially when they contradict our “shared” aspirations. The magazine helped George W. Bush invade countries after calling for more humble foreign policies, and it helps Barack Obama today expand the Surveillance State despite his advocating for a more transparent and open government.

So when it comes to explaining why restricting e-cig sales should be supported by people who see e-cigs as healthier substitutes to actual smoking, Time is more than up to the challenge.

But on another level, there’s the economics. Time quotes a sum total of three e-cig executives to justify its assumption that the industry is giddy by the proposed restrictions. In fact, there are hundreds of such manufacturers, and finding three who support the restrictions was probably as difficult as finding three who opposed them would have been.

But what did the supporters say?

“It’s a great day,” said one in response to the rulings. ”People worried the regulations would be unreasonable and onerous. What we are seeing is they are not.” Another assumed the FDA’s delayed response to the growth of the e-cig market illustrated a wise regulatory temperament. “By resisting calls to regulate ahead of … the science and data,” he said, “the FDA has brought [my firm] a giant step closer to achieving its corporate mission of obsoleting cigarettes.” The third extolled the FDA’s regulatory moderation. “I would say there were certain people that went into this thinking the FDA would be a foe. … [But] they’ve hit the ball right down the middle of the freeway. It is early, I might change [sic] opinion, but the original set up on the process seems extremely fair.”

Reasonable. Open-minded. Fair. Thrilling. What’s not to like about this Obama FDA? In this case, we don’t know because Time didn’t take the time to interview e-cig execs who found the FDA’s assertion of ownership over their firms troubling.

We can be sure they exist. Restricting sales will likely force some competitors out of the industry, allowing the remaining ones to gain some cartel power. Firms often lobby for across-the-boardincreases in costs because they place upward pressures on the minimum prices firms require to supply goods in the first place, thus reducing the relative price differentials between low- and high-price products. Sellers of higher-priced e-cigs, as well as those who can more easily weather the increased costs, benefit. Meanwhile, sellers forced to exit the market, or who now must offer less price-competitive products, suffer.

This is nothing new, and sadly, the e-cig industry is far from the only one suffering the pernicious effects of interventionism. Large corporations with close ties to the government (think Philip Morris and the Altria Group) use such regulatory capture to reduce competition, make market entry more difficult, and gain market power — all at the expense of hapless consumers (1) too large in number to organize, (2) upon whom the increased costs are socialized, and (3) who end up with fewer, more expensive goods than would otherwise exist absent anti-competitive measures from the FDA.

Given the e-cig executives’ quotes above, it makes sense that following the costly FDA approval process they would suffer from regulatory Stockholm Syndrome, sounding grateful that despite all of the mandated rent-seeking, the FDA has not yet crushed them. Will it last? Time calls the current regulatory proposals for e-cigs simply a starting point, and hints that left-Puritans may still ban Internet sales, flavors, and advertising, as well as extend to the costly FDA-required application process for new products. This is how the government asserts its authority and its ownership.

We know from history that economies so regulated do not end well and that they in fact serve to move closer to socialism and its corresponding impoverishment. But there is a way out, as Ludwig von Mises reminded us in his classic essay, “Middle-of-the-Road Policy Leads to Socialism” — a must-read for anyone concerned about the full effects of interventionism today.

“All that good government can do to improve the material well-being of the people is to establish and to preserve an institutional order in which there are no obstacles to the progressing accumulation of new capital, required for the improvement of technological methods of production,” he wrote. “This is what capitalism did achieve in the past and will achieve in the future too if not sabotaged by bad policy.”

Unfortunately, the new e-cig rules are just one example of many that serve to undermine such an institutional order. In that context, there is nothing thrilling about them.