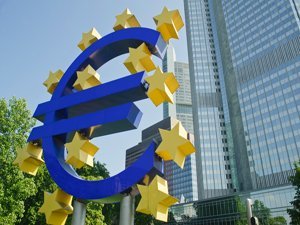 Mises – There is a current incessant flow of articles warning us of the certain economic calamity if deflation is allowed to show its nose for even the briefest period of time. This ogre of deflation, we are told, must be defeated with the printing presses at all costs. Of course, the real objective of this fear mongering is to enable continued government theft through debasement. Every dollar printed is a government tax on cash balances.

There are two main sources of deflation. The first comes from a general increase in the amount of goods and services available. In this type of deflation, a reduction in costs, in a competitive environment, leads to lower prices. The high technology sector has thrived in this type of deflation for decades as technical progress (e.g., the effect of Moore’s Law) has powered innovations and computing power at ever-decreasing costs. The same was true for most industries during much of the nineteenth century, as the living standard increased considerably. Every man benefited from the increase in real wages resulting from lower prices.

The second source of deflation is from a reduction in the money supply that comes from an increase in the desire of the public or banking sectors to hold cash (i.e., hoarding).[1] An uncomplicated example will make this point clearer. Suppose we have 10 pencils and $10. Only at an equilibrium price of $1 will there be no excess output or excess money.

Suppose the production cost of a pencil is 80 cents. The rate of return is 25 percent. Now suppose people hoard $5 and stuff money in their mattress instead of saving it. The price of a pencil will be cut in half, falling from $1 to 50 cents, since we now have a money supply of $5 chasing 10 pencils. If input prices also fall to 40 cents per pencil then there is no problem since the rate of return is still 25 percent. In this example, a drop in output prices forced an adjustment in input prices.

The Keynesian fear is that input prices will not adjust fast enough to a drop in output prices so that the economy will fall into a deflation-depression spiral. The Keynesian-monetarist solution is to have the government print $5 to avoid this deflation.

Yet, this money creation is distortive and will cause a misallocation of resources since the new money will not be spent in the same areas or proportions as the money that is now being “hoarded” (as defined by Keynesians). Furthermore, even if the government could find the right areas or proportions, it would still lead to misallocations, since the hoarding reflects a desire to realign relative prices closer to what society really wants to be produced. The printing of money may actually increase the desire to hold cash, as we see today. Holding cash may be the preferred choice over consumption or investment (savings) when relative and absolute prices have been distorted by the printing press.

Of course, no one is really asking the critical questions. Why does holding more cash change the money supply, and why did the public and banks decide to increase their cash holdings in the first place?[2] Without fractional reserve banking, neither the public nor the banks could significantly change the money supply by holding more cash, nor could banks extend credit faster than slow-moving savings. The boom and ensuing malinvestments would be a thing of the past and, thus, so would the desire to hold more cash during the bust phase of the business cycle. If central banks are really concerned about this type of deflation, they should be addressing the cause — fractional reserve banking — and not the result. Telling a drunk that he can avoid the hangover by drinking even more whiskey is simply making the situation worse.[3] The real solution is to have him stop drinking.

According to the European Central Bank’s Mario Draghi,

Draghi is confusing the first source of deflation with the second. The recent low inflation in the Euro zone can be attributed primarily to a strengthening of the Euro, and a drop in food and energy prices.

Economists at the Bundesbank must be quietly seething. They are obviously not blind to the ECB’s excuses to indirectly monetize the southern bloc’s debt. Draghi’s “whatever it takes” comment gave southern bloc countries extra time. Yet, little has been done to reign in the size of bloated public sectors. Debt to GDP ratios continue to rise and higher taxes in southern bloc countries have caused an even greater contraction of the private sector. Many banks in southern Europe are technically bankrupt. Non-performing loans in Italy have gone from about 5.8 percent in 2007 to over 15 percent today. And, the situation is getting worse.

Greece recently placed a five-year bond at under 5 percent which was eight times oversubscribed. This highlights the degree to which the financial sector in Europe is now dependent on the “Draghi put.” As elsewhere in the world, interest rates in Europe are totally distorted and no longer serve the critical function of allocating resources according to society’s time preference of consumption, or even reflect any real risk of default.

The ECB will likely impose negative rates shortly but will discover, as the Fed and others did before it, that you can bring a horse to water but cannot make him drink. QE will then be on the table, but unlike the Fed, the ECB is limited in the choice of assets it can purchase since direct purchase of Euro government bonds violates the German constitution. One day, Germany and the southern bloc countries, including France, will clash on what is the appropriate role of monetary policy.

Germany would be wise to plan, today, for a possible Euro exit.