Russia Throws Its Weight Behind the New BRICS Bank 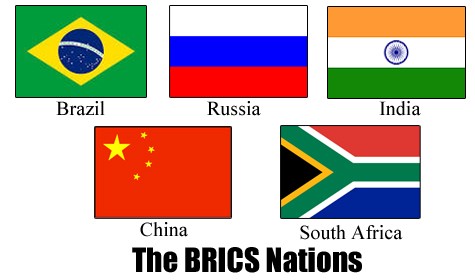 RussiaToday, and other sources, report that the Russian state has joined the new BRICS bank:

The Russian State Duma has ratified the $100 billion BRICS bank that’ll serve as a pool of money for infrastructure projects in Russia, Brazil, India, China and South Africa, and challenge the dominance of the Western-led World Bank and the IMF.

The New Development Bank is expected to start fully functioning by the end of 2015, according to the Russian Finance Ministry.

Russia has agreed to provide $2 billion dollars from the federal budget for the bank over the next seven years.

It will have three-tiers of corporate governance, with a Board of Governors, Board of Directors and a President.

It is expected that a Russian will head the governing body of the new organization, and Forbes asks if, with Russia taking a leading role, “Will dollars get dissed?”

I was interviewed about this on PressTV a few weeks back.

My comments focus on these basics:

2.  The institutions have traditionally existed as multinational welfare states of sorts to help the most powerful countries pick winners and losers among the less powerful countries. They do this by deciding who gets loans and other special favors, and who does not. This was especially relevant in the strategic sense during the Cold War when the IMF and World Banks became useful tools in keeping countries aligned with the so-called First World. Although the Soviets had originally been invited to join the IMF and WB, they did not, so the IMF and WB basically became policy tools of the US foreign policy bloc. Also, the governing structure of the IMF and World Bank greatly favor even small European countries over countries with much larger economies outside Europe and North America. Today, as we have seen, however, the US’s ongoing efforts to marginalize Russia and other emerging regional hegemons has caused countries like Russia and China to search for alternatives outside the US sphere of influence.

3.  The creation of the BRICS banks and related institutions are an attempt by the member countries (i.e., Brazil, Russia, India, China, and S Africa) to turn what is essentially a unipolar world into a multipolar world where other institutions can compete with the IMF and World Bank. The BRICS bank is just one step along the way, though, as it remains quite small compared to the existing dominant institutions.

Ryan W. McMaken is the editor of Mises Daily and The Free Market. He has degrees in economics and political science from the University of Colorado, and was the economist for the Colorado Division of Housing from 2009 to 2014. He is the author of Commie Cowboys: The Bourgeoisie and the Nation-State in the Western Genre.