When Britain leaves the European Union (EU) later this month, it will be free to chart its own independent course in foreign affairs and fulfill years of promises to build a truly “global Britain.”

That will likely entail a historic realignment of its foreign policy interests from the Middle East and Africa to the “Indo-Pacific,” one of the three “primary centers of the global economy and political influence”, after North America and Europe, according to the United Kingdom’s last National Security Capability Review published in March 2018.

The Indo-Pacific is currently home to most of the world’s largest and fastest growing economies, as well as the center of US-China geopolitical competition, which isn’t likely to dampen down anytime soon.

Where and how a refocused UK will fit into the Indo-Pacific isn’t immediately clear. Australia and Japan are two of the UK’s closest security allies, while London is also apparently keen to raise its profile among Southeast Asia’s ascendant nations, some of which are former British colonies.

Britain opened its new mission to the Association of Southeast Asian Nations (ASEAN) in Jakarta on January 15, and hopes to become an independent dialogue party to the 10-member bloc after it leaves the EU.

At the same time, however, an independent Britain will be desperate for new trade deals, for which London might be forced to sacrifice some of its foreign policy goals and values. 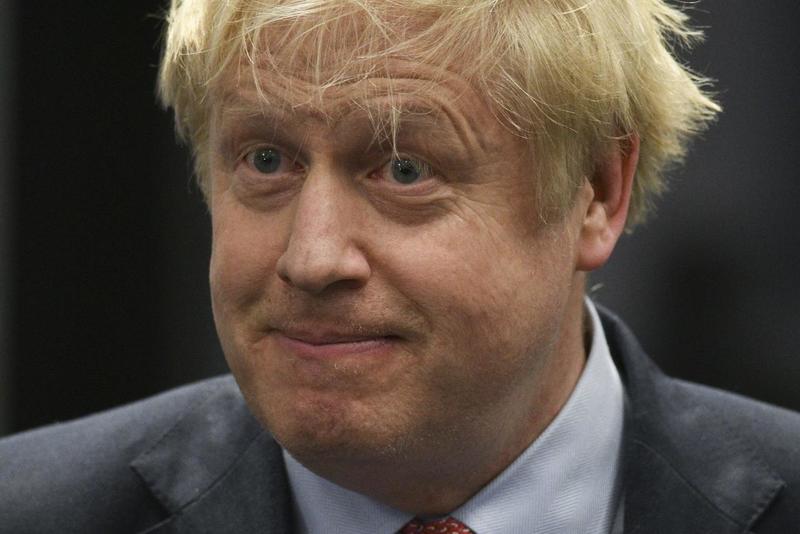 UK Prime Minister Boris Johnson secured a resounding victory at December’s general election and his majority in Parliament should give him the political support needed to refashion the nation’s foreign policy.

His chief special adviser, Dominic Cummings, has promised to lead a monumental shakeup of the Defense Department, while the Conservative Party-led government announced in December that it will oversee the largest Defense Review of Britain’s foreign policy since 1989.

“The very nature of the UK’s future profile as an international leading actor is likely to be defined in the Asia-Pacific as a result of the country’s choices on how to engage with its complex security landscape,” wrote Alessio Patalano, an East Asian security specialist at King’s College London, in a report last year.

“As the region continues to ascend to prominence in international affairs, the UK faces a hard choice. It has to decide whether it intends to actively shape the regional security landscape, or merely to contribute in managing its transformation,” he added.

There is clearly interest in an Indo-Pacific concept within Whitehall.

The aforementioned National Security Capability Review noted that “the Asia-Pacific region is likely to become more important to us in the years ahead,” while stressing that closer attention must be paid to Japan, with which the UK signed a Joint Declaration on Security Cooperation in 2017.

A policy paper published in December 2018 by the Ministry of Defense, Mobilising, Modernising & Transforming Defence, stated that “the Pacific region is becoming ever more important to the UK, with growing trade links and regional security issues that have global implications.”

Such is the interest in a new “Indo-Pacific” strategy that a Commons Defense Committee inquiry on “UK Defense and the Far East” was held in June of last year. 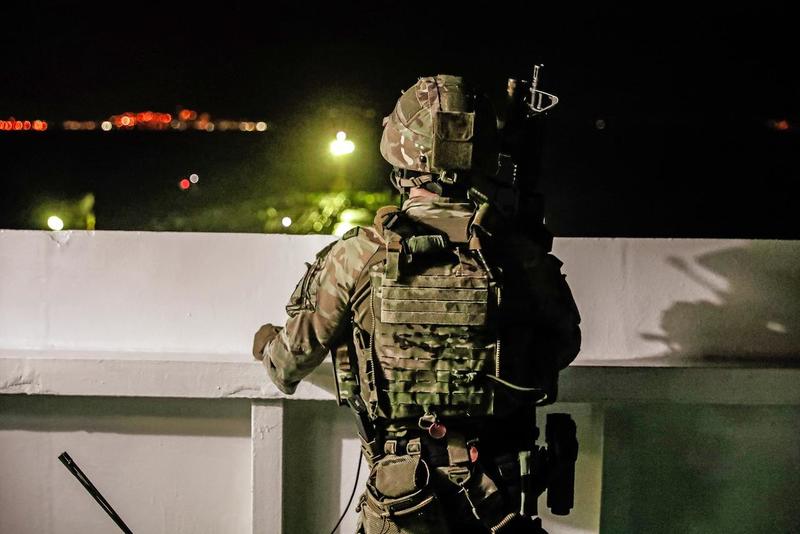 Patalano, who spoke at the inquiry, has advised London to formally change its terminology from the outdated “Far East” to the newer “Indo-Pacific”, just as the US has done since 2017.

Such a shift in focus wouldn’t be revolutionary. Britain still maintains a garrison of Gurkha troops in Brunei and a logistics station in Singapore, while there was talk last year of building a new base in Asia.

It is a member of the “Five Eyes” intelligence-sharing organization, and also part of the Five Power Defense Arrangements (FDPA) with Australia, New Zealand, Malaysia, and Singapore.

It is also “the sole formal multilateral defense arrangement in the region… [and] the cornerstone of our security partnership in Southeast Asia,” according to a Ministry of Defense statement from last year.

Indeed, British personnel are stationed at the FPDA’s Integrated Area Defense Headquarters in Malaysia, and conduct regular exercises with Malaysian and Singaporean troops.

With that presence, Britain has not been shy to flex its military muscles.

In 2018, it deployed warships to the region for the first time in five years, when the HMS Albion took part in a freedom of navigation operation near the disputed Paracel Islands in the South China Sea, a maneuver which Beijing labeled as a “provocative action.”

But building trade ties will be just as important as flexing military muscles. Asian states already account for roughly a fifth of Britain’s annual trade, according to UK data. 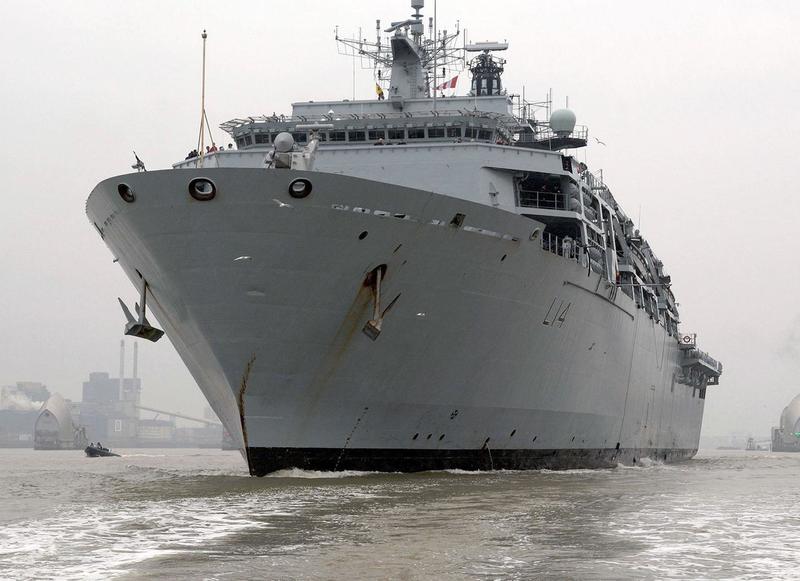 Almost half of Japanese investment in Europe goes to the UK, while Britain is also a major export destination for many smaller Indo-Pacific states which are keen not to see trade dip after Brexit.

But negotiating new free trade deals won’t be easy, and suggestions that Britain can simply copy-and-paste existing deals the EU has completed with other nations, such as with Japan, are optimistic at best.

Shifting Britain’s strategic focus towards Asia, at the expense of other parts of the world, won’t be easy or cheap, and will likely face some pushback within Whitehall.

A more active Indo-Pacific strategy might require a new military base in the area, perhaps in Australia, which appears keen on the idea. Australia’s defense chief suggested last year that Britain should be “more militarily engaged” in the region.

Nick Carter, head of the British armed forces, said last month that the government must be bold and prepared to “shatter some Shibboleths…[as] we have returned to an era of great power competition, even constant conflict.”

Defense Secretary Ben Wallace has promised to lead a major defense review (“the biggest review… since the end of the Cold War,” according to Johnson) to “reassess the nation’s place in the world, covering all aspects of international policy from defense to diplomacy and development.”

It remains to be seen whether Johnson will also bring the Department for International Development, in charge of managing Britain’s international aid, under the management of the underfunded Foreign Office.

But reorienting Britain’s foreign policy to the Indo-Pacific won’t be easy, to be sure, even with the government’s large majority in parliament. 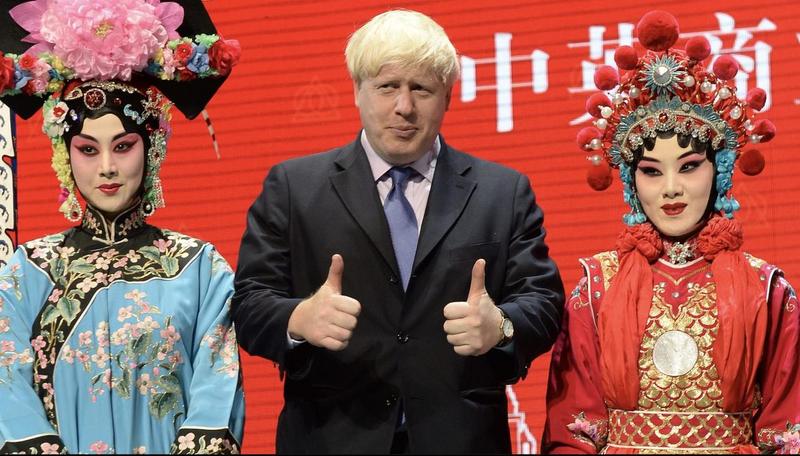 New British Prime Minister during a visit to China in 2013. Photo: Facebook

Any new and muscular Indo-Pacific strategy will have to deal with the issue of a rising China, one big reason why the US re-focused its interest in the region since 2012.

For years, London has spoken about the need for international law to be followed in the Indo-Pacific, an unsubtle nod to China’s expansionist occupation of parts of the South China Sea.

As the Indo-Pacific is slowly but surely carved into two competing spheres of influence between the US and
China, having a third option of Britain – especially given its close alliance with Japan, another moderator in regional geopolitics – could be desirable for the region’s smaller states.

Much will depend on whether Britain engages or repels China.

Britain remains one of the largest recipients of Chinese investment in Europe, yet China only accounts for 3.5% of British exports, according to UK data. London, no doubt, will be eager to push ahead with a free-trade agreement (FTA) with China.

But China only tends to sign FTAs with countries that have products, like minerals or specialist machinery, which it needs to import. Britain doesn’t offer many such goods, so Beijing will be in no rush to conclude a deal, Rana Mitter, director of the University of Oxford China Centre, noted this week.

Moreover, London is desperate to sign a FTA with the US, but Washington could demand that it include a “poison pill” clause, like that in the new US-Canada-Mexico trade agreement, which allows the US to pull out if the UK signs a trade deal with China, Mitter postulated.

Washington is also demanding that the UK pull out of any contracts with Chinese telecommunications firm Huawei due to spying concerns, a demand the Johnson government has so far tried to fudge.

This article appeared at ZeroHedge.com at:  https://www.zerohedge.com/geopolitical/post-brexit-britain-eyes-new-forceful-role-asia