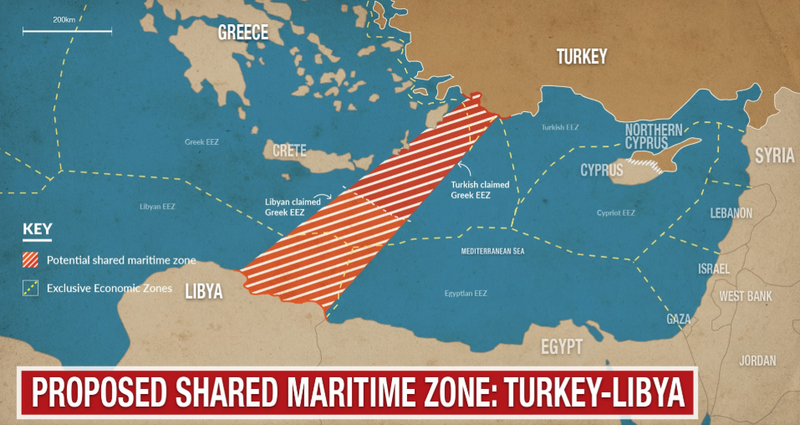 At a moment tensions are soaring over Turkey’s expansive East Mediterranean claims, and after starting early last summer it began sending oil and gas exploration and drilling ships off Cyprus’ coast, Ankara is demanding that Greece “demilitarize” its islands in the Aegean Sea, reports Bloomberg. 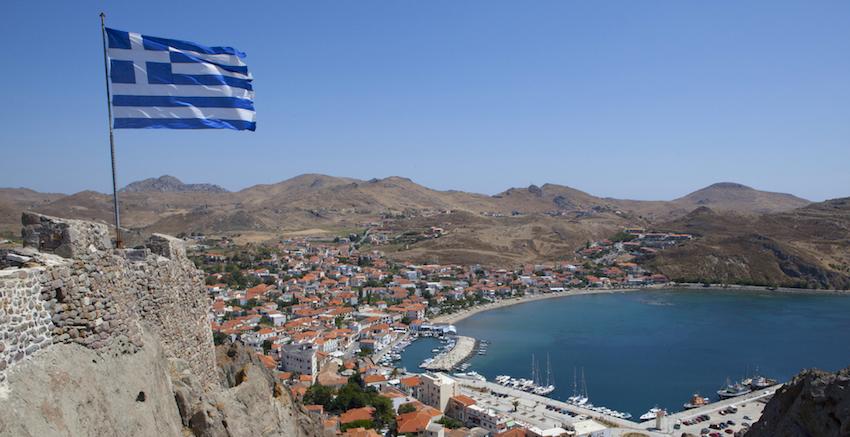 The demand from Turkish Defense Minister Hulusi Akar, who formally requested Greece move to withdraw armed forces and weaponry from 16 Aegean islands near Turkey on Wednesday, is rich given it’s Turkey that’s been provocatively sending warships and military jets to accompany illegal gas drilling in the area, something lately condemned by the EU.

Though becoming increasingly internationally isolated over the drilling issue in EU-member Cyrpus’ Exclusive Economic Zone (EEZ), Turkey has remained unmoved and at times is positively boastful about it.

Not shying away from admitting Turkish maritime claims now stretch from Cypriot waters all the way to Libya (based on a controversial recent maritime boundary ‘deal’ signed with the Tripoli Government of National Accord), Akar further had this to say according to state media:

In addition to the fight against terrorism, Turkey’s activities are ongoing in the Aegean, Eastern Mediterranean, off Cyprus, and Libya, Akar said, adding that they are carried out in accordance with international law and the territorial integrity of the countries.

Turkey is a guarantor country for the Turkish Republic of Northern Cyprus (TRNC) and is committed to fulfilling its responsibilities, he said.

“The Cyprus issue is our national issue. Whatever we need to do there, we’ve done so far and will continue to do so. We will continue to protect the rights of both our own and Cypriot brothers,” he added. 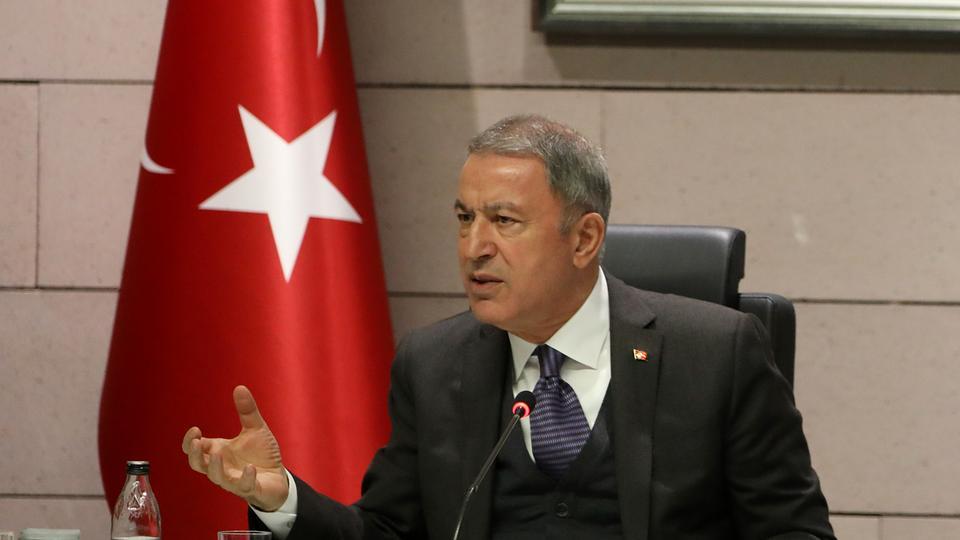 Turkish President Recep Tayyip Erdogan has for the past half-year been sending warships near Cypriot waters in order to ward off foreign competition to oil and gas research, according to Cypriot officials, also seeking to bar Cypriot ships and planes from freely traversing its own European recognized waters.

But Erdogan is also bumping up against other Mediterranean countries’ plans in the region — notably Israel and Egypt as well, at a moment he’s engaged in multiple crises both domestic and related to the West — even as Turkey has long sought EU membership.

Greece’s recognized waters and Exclusive Economic Zone (above) vs. Turkey’s proposed and expansive maritime claims (blue, below), with areas it now demands Athens must “demilitarized” in red. 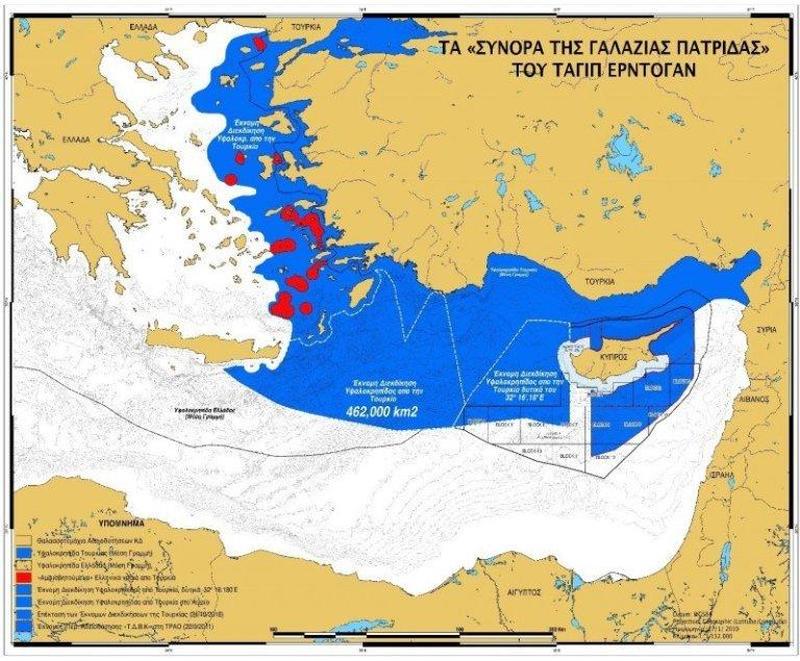 And the above has since extended out to here via deal signed with Tripoli’s GNA:

Turkey has in the past demanded that Cyprus formally recognize the breakaway Turkish Republic of Northern Cyprus (since 1974) and allow it to share revenues from Cypriot gas exploration.

Furthermore Turkey has laid claim to a waters extending a whopping 200 miles from its coast, brazenly asserting ownership over a swathe of the Mediterranean that even cuts into Greece’s exclusive economic zone.

This article appeared at ZeroHedge.com at:  https://www.zerohedge.com/geopolitical/turkey-demands-greece-demilitarize-16-aegean-islands-amid-gas-drilling-dispute