Obama Struggling With Base in Biggest “Blue State” 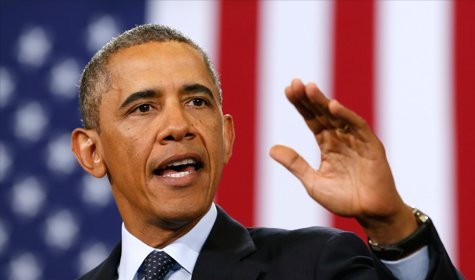 A Field Poll released Tuesday found that almost as many voters in the nation’s biggest “blue state”, California, disapprove of the president’s job performance (43 percent) as approve (45 percent).  The decline in the president’s approval rating is largely due to a sharp drop-off in support from Democrats. The Field survey polled 1,280 registered voters from Aug. 14 to Aug. 28 and 68 percent of Democrats said they approved of the way Obama was handling his job. That was down from 76 percent as recently as June (There is a plus or minus error of three percent)  “I think there’s just a growing impatience with Obama among many who had been his strongest supporters,” said Mark DiCamillo, the Field Poll’s director.

The Hill notes that Obama’s wavering support amongst his liberal base could be an “ominous sign.”  “The president has been able to keep his approval ratings in the low 40s, largely thanks to a loyal Democatic base…” The Hill writes, “but support from California Democrats dropped 8 percentage points over the summer.”

On the potential implications of the Field Poll figures, The Hill adds, “If those trends are a harbinger of what is to come nationally, the president could see Democrats join independent and Republican voters in voicing concern over his leadership, further eroding his standing.”