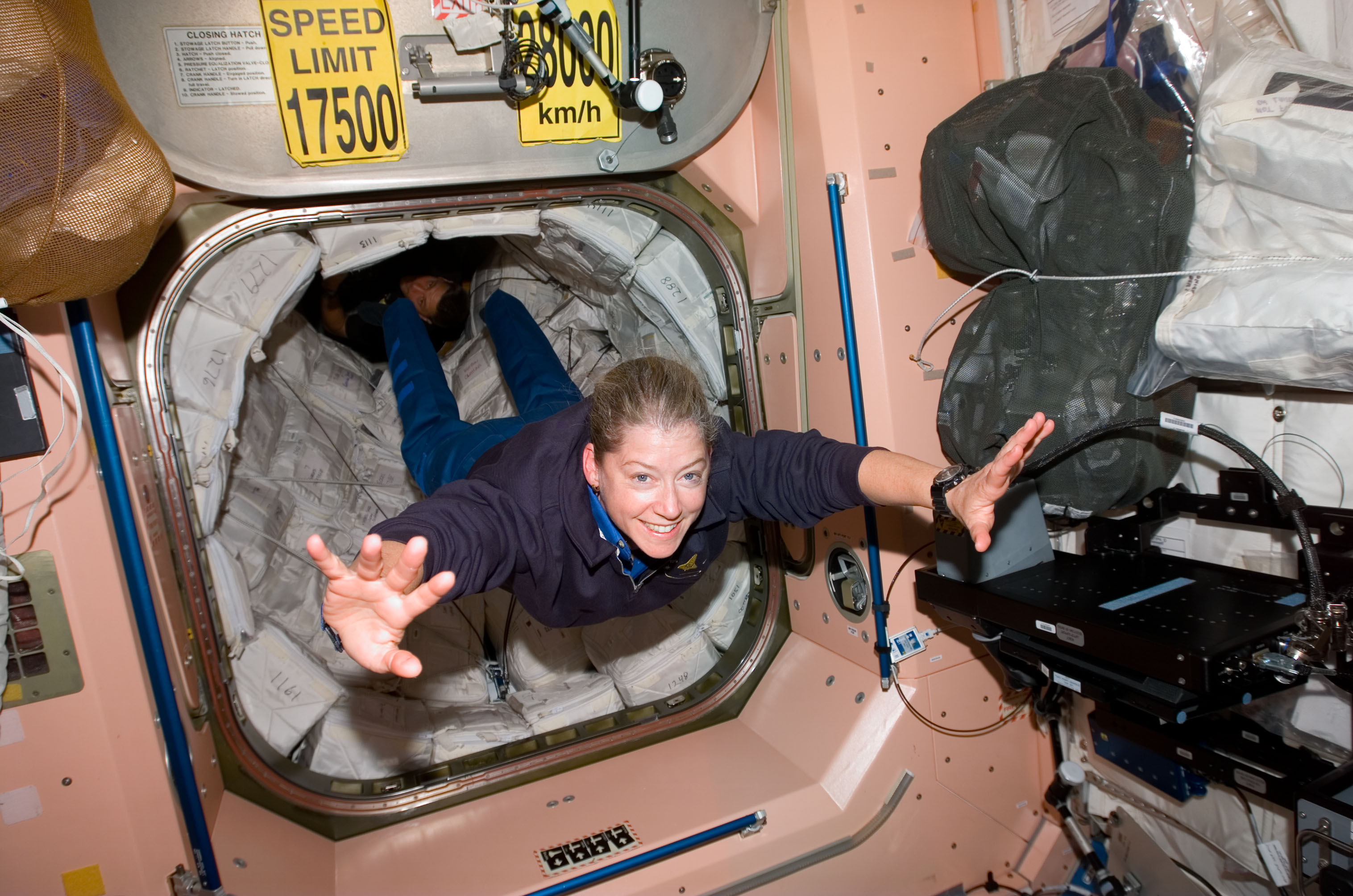 The ceremony will take place at NASA’s Kennedy Space Center Visitor Complex Space Shuttle Atlantis attraction in Florida, and will air live on NASA Television, the NASA app, and the agency’s website.

Also joining the hall of fame this year are former NASA astronauts Michael Lopez-Alegria and Scott Kelly. Their induction brings the total number of astronauts enshrined to 102.

Melroy was selected as a NASA astronaut in 1994. A veteran of three space shuttle missions, she served as pilot for two flights and commander for her third, making her one of only two women to command a space shuttle. Melroy logged more than 924 hours in space. She retired from NASA in 2007 and was sworn in as the agency’s deputy administrator on June 21.

NASA selected Kelly as an astronaut in 1996. He served as pilot on his first space shuttle mission and commander on his second. In October 2010, Kelly launched aboard the Soyuz TMA-A spacecraft to serve a tour of duty aboard the International Space Station and commander of Expedition 26. In March 2015, Kelly returned to the space station for a one-year mission, serving as a flight engineer and then commander. During the mission, almost 400 experiments were conducted on the station.

The agency selected Lopez-Alegria as an astronaut in 1992. He was a mission specialist for three flights aboard the space shuttle and served as commander of Expedition 14 aboard the space station from September 2006 to April 2007. Lopez-Alegria logged more than 257 days in space and performed 10 spacewalks, totaling 67 hours and 40 minutes.

The 2021 inductees were selected by a committee of Hall of Fame astronauts, former NASA officials, flight directors, historians, and journalists. The process is administered by the ASF, which was founded by the original seven Mercury astronauts in 1984. To be eligible, an astronaut must have made his or her first flight at least 17 years before the induction and have been retired from NASA for at least five years. Each candidate must be a U.S. citizen and a NASA-trained commander, pilot, or mission specialist who has orbited Earth at least once.

For NASA TV schedule and links to streaming video, visit: