The net worth of millennials (18- to 35-year-old) has collapsed 34% since 1996, according to a new, shocking report from Deloitte.

Millennials are financially worse off than any other generation before them. With student loans, auto and credit card debts, rising rents, and out of control, health-care costs have pushed their average net worth below $8,000. 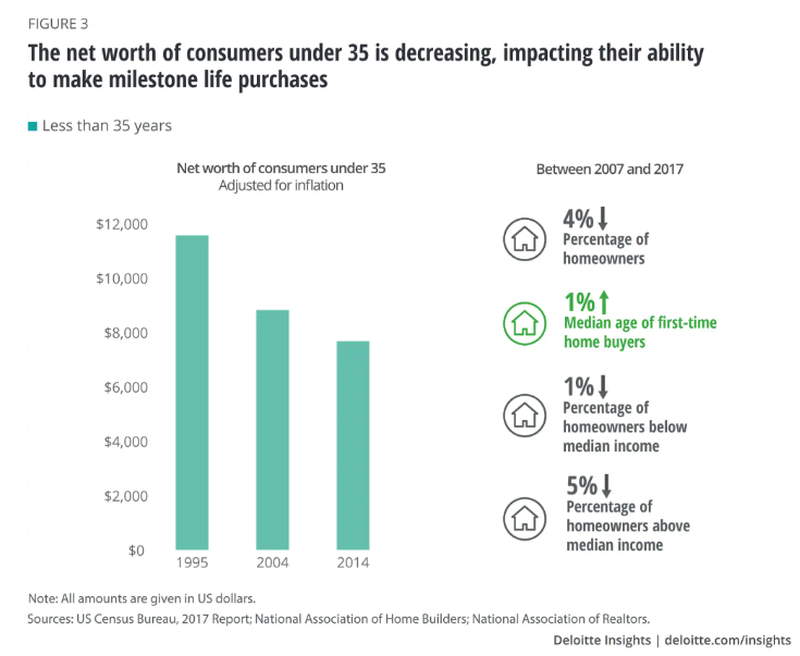 Deloitte told The Washington Post that their findings reveal that millennials are delaying home-buying and marriage because of massive debt loads and rising costs are making big ticketed items virtually unaffordable.

“The narrative out there is that millennials are ruining everything, from breakfast cereal to weddings, but what matters to consumers today isn’t much different than it was 50 years ago,” chief retail officer Kasey Lobaugh told the Post. “Generally speaking, there have not been dramatic changes in how consumers spend their money.”

Lobaugh described the soaring wealth inequality gap as another reason why young adults have little or no net wealth. In a separate report, we highlighted in April that 60% of millennials don’t have $500 in savings.

The Post said education expenses had climbed 65% in the past decade. Food prices have increased by 26%, health care costs are up 21%, housing jumped 16%, and transportation costs rose 11%, 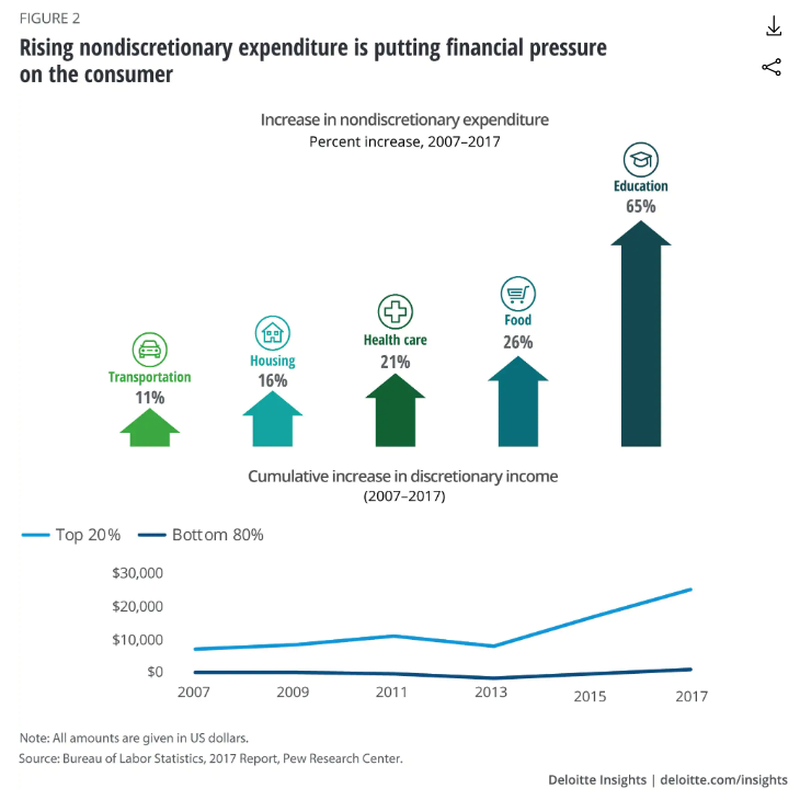 Researchers noted that eating out and alcohol expenses made up approximately 11% of total income, about the same amount a decade ago.

“Only 20 percent of millennials were meaningfully better off in 2017 than they were in 2007, with precious little income left to spend on discretionary retail,” the study said.

The study showed millennials had delayed the American dream of a house, family, and automobile because of their insurmountable debts.

Since 2005, retail spending has increased by about 13%, to roughly $3 trillion per year, but Deloitte said much of that growth is due to population increase, not a robust consumer base.

In the past decade, the income growth of the top 10% of Americans jumped 1,305% more than the bottom 90% of Americans – which means millennial’s stuck in the gig-economy with multiple jobs and high debt loads will be trapped in a life of financial misery.

This article appeared at ZeroHedge.com at:  https://www.zerohedge.com/news/2019-06-02/millennial-net-wealth-collapses-study-finds