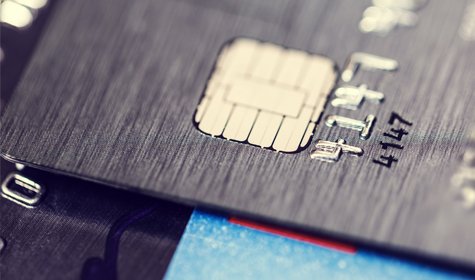 Despite the fact that the Fed insists on keeping interest rates low, many credit cards are actually raising rates for consumers, according to the Wall Street Journal.

The increase is to make up for the generous rewards – perks like cash back and travel – that credit cards are offering to lure in customers.

The average APR on a interest charging credit card is now about 17%, near its highest in more than 2 decades. The APR is traditionally set by a broader market rate plus a margin set by the lenders. These margins have been rising steadily, even as borrowers take on record levels of debt. 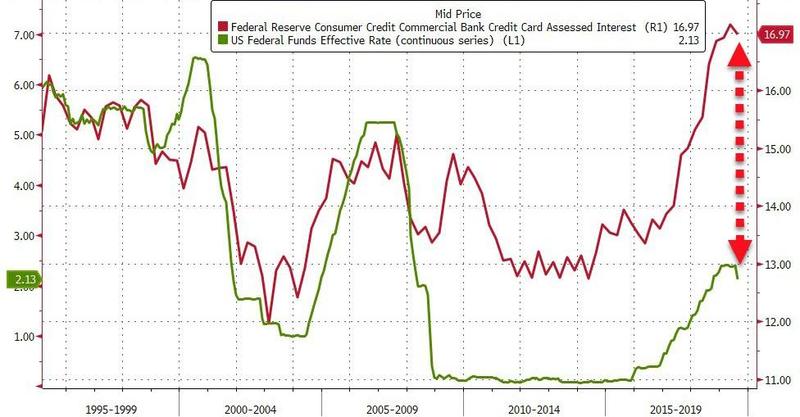 The average margin on interest charging cards was 11.72% in August, up from 10.6% two years prior. It’s the highest margin on record. Interest on private label credit cards reached a record of 27.5% this year.

And the rise comes at a time when credit card debt as a whole has surged. U.S. households owed an average of $8,602 in Q2, up 8% from the same period in 2015 when adjusted for inflation.

The higher rates will have the most pronounced effect on credit card customers who only make the minimum payment each month and carry balances.

Issuers like JP Morgan and American Express rolled out large sign up bonuses in recent years to attract wealthier customers to premium cards. But they found that many consumers game the system and reap rewards before simply moving on to other cards.

Additionally, many consumers simply pay their bills in full each month to avoid interest payments and late fees. This has caused banks to shy away from offering massive sign up bonuses that were popular a few years ago. Banks want to retain their more affluent customers, however, because they hope to sell them on other banking products. 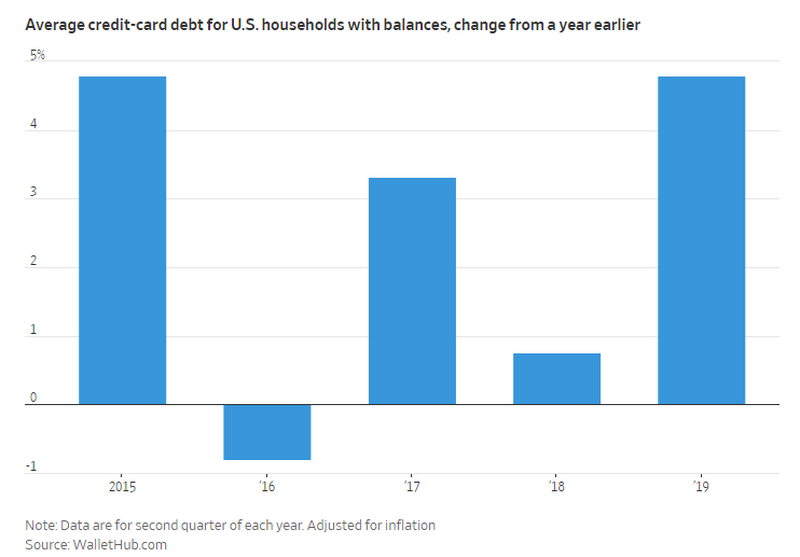 Those who rack up interest charges and late fees often offset what they are given in rewards.

Profitability had been declining for several years for credit card companies until rates ticked up in 2018. Banks are now trying to raise rates to maintain profitability, despite the Fed suppressing them. As if we needed another sign that the market wants higher rates.

Credit cards brought in a 3.8% return on assets to large banks in 2018. It was the first increase in returns since 2013 and the return is expected to increase to 3.9% this year. APRs are also expected to rise over the next two years.

Charging higher rates can also help banks protect against future loan losses, which are inevitable. Rising charge-offs also weighed on profitability in 2016 and 2017, causing some lenders to tighten underwriting requirements.

Brian Foran, an analyst who covers banks and credit cards at Autonomous Research, says the rise in rates is a “natural response” to those expecting a recession in the next year or two.

This article appeared at ZeroHedge.com at:  https://www.zerohedge.com/personal-finance/lenders-are-pushing-credit-card-rates-higher-even-interest-rates-falling