Mexico Prevents Caravan Of 2,000 Migrants From Reaching US Border [VIDEO]

Mexico is so far upholding its agreement with President Trump to limit the flow of migrants into the US.

Over the weekend, Mexican authorities halted a caravan of more than 2,000 migrants headed to the Mexico–US border, reported AP News.

Authorities intercepted the migrants in Tapachula, a city located in the southeastern state of Chiapas in Mexico, near the Guatemalan border. The caravan included migrants from Central America, Africa, and the Caribbean.

AP said many of the migrants fled their countries because of increasing violence and collapsing fiat currencies, and all wanted the chance of a better life in the US.

“I want to pass through Mexico, I don’t want to live here,” said Amado Ramirez, a migrant from Honduras who was traveling with his children and wife, hoping for a transit visa from Mexican officials. “We’re at a standstill.” 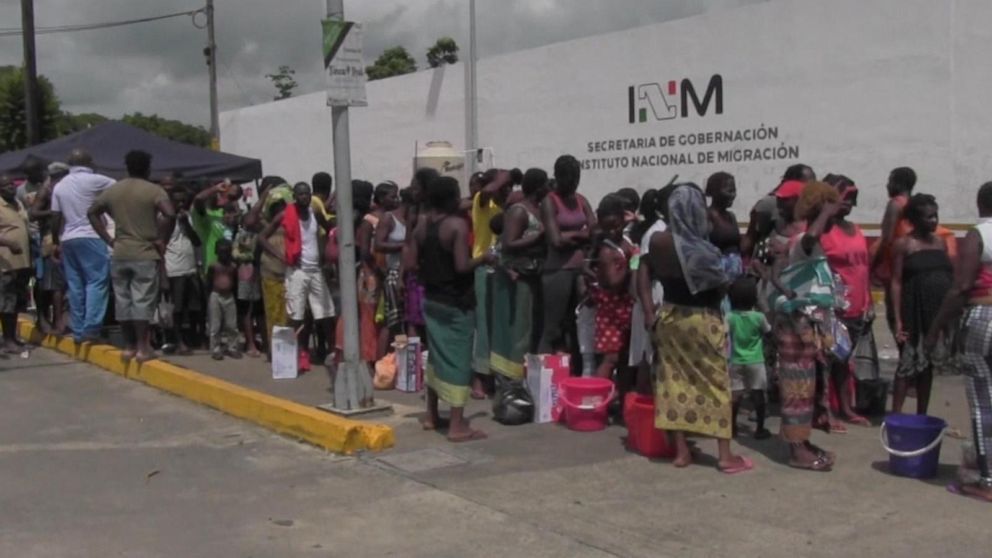 The caravan was just 24 miles into their journey, along a major interstate under the supervision of human rights officials before Mexican federal police officers surrounded the group.

Caravan is on the go again: Hundreds depart southern Mexico for US

Migrant Caravan is from Latin American, African & other…

Communist group, Libre, is backing the Carvan & seeks to destabilize the U.S.

Libre was founded by fmr. President of Honduras who was backed by Obama pic.twitter.com/K9vaoizTpa

Maureen Meyer, director for Mexico and migrant rights at the Washington Office on Latin America, told AP that Mexican authorities, under pressure from Washington, have made it mort difficult for migrants to traverse through Tapachula.

It was the decision of the migrants over the weekend, who felt that authorities were closing in, left Tapachula en masse Saturday.

Salva Lacruz, from the Fray Matías de Córdova Human Rights Center in Tapachula, told Fox News that migrants were intercepted on Sunday, was like a “human hunt” by Mexican police, who then rounded them up in vans.

#Mexico's National Guard is blocking the highway between Huehuetan and Huixtla, Chiapas to stop a caravan of African, Caribbean and Central American migrants and asylum seekers from advancing. All traffic is also blocked. pic.twitter.com/lVE78TsoS9

Lacruz said the migrants were likely sent back to back to Guatemala. She said this practice is an “exercise of cruelty” because these migrants “need international protection.”

President Trump has routinely called caravans of Central American migrants heading towards the US “an invasion” and has deployed military personnel to the border.

“This is an invasion of our Country and our Military is waiting for you!” the president tweeted last year.

Mexico deployed 15,000 troops to the Mexico–US border in late June, in the attempt to satisfy President Trump’s demands in securing the border.

US Customs and Border Protection (CBP) has made nearly one million arrests so far this year, up 88% from last year, and the highest since 2007.

Mark Morgan, the acting CBP commissioner, recently said the arrests on the border are a “staggering” increase.

This article appeared at:  https://www.zerohedge.com/political/mexico-prevents-caravan-2000-migrants-reaching-us-border