Epstein’s own defense team doesn’t buy the suicide narrative, apparently, as one of his lawyers on Tuesday voiced deep skepticism that he hanged himself while addressing a final hearing in a Manhattan US District Court on Tuesday, which was held to formally dismiss the charges as is typical when the accused is deceased, but also to still allow testimony of some of the victims.

Defense lawyer Reid Weingarten told Judge Richard Berman during the hearing that Epstein’s injuries are “far more consistent with assault” than suicide, especially given the broken bones in his neck discovered during the autopsy after he was found dead in his jail cell on Aug. 10. This after it was previously revealed that Epstein’s defense attorneys had successfully lobbied for him to be taken off suicide watch on July 29, about a week before he was found dead in his cell, according to ABC News. 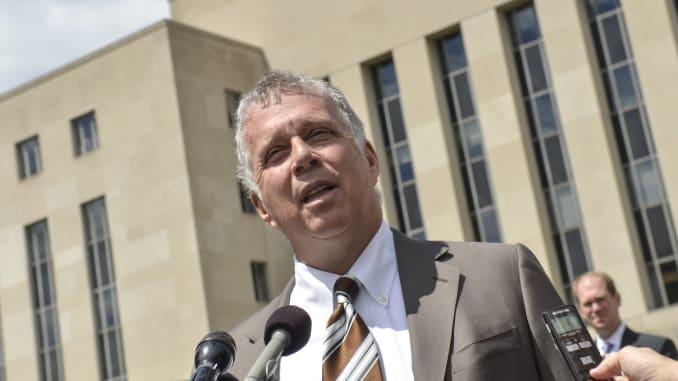 “Weingarten cited the defense’s own medical sources. Broken bones were found in Epstein’s neck during an autopsy after he died Aug. 10,” reports CNBC. “Such fractures are somewhat more common in cases of strangulation than in hanging.”

Weingarten explained to the judge that Epstein didn’t at all appear suicidal during discussions and interactions the evening before his apparent early morning hours death. “We did not see a despairing, despondent, suicidal person,” the lawyer said.

Tuesday’s proceedings were held to allow about 20 women, many choosing to remain anonymous during testimony, to tell the court and the world what happened to them at the hands of the wealthy sex predator and human trafficker.

Judge Berman wrote of the hearing, “The Court believes that where, as here, a defendant has died before any judgment has been entered against him, the public may still have an informational interest in the process by which the prosecutor seeks dismissal of an indictment.”

Attorney David Boies who represents several of Jeffrey Epstein’s alleged sex abuse victims, including
Virginia Roberts Giuffre, (pictured next to him on the left) walks into court for a special hearing Tuesday. ⁦@jkbjournalist⁩ ⁦@MiamiHerald⁩ #PerversionOfJustice pic.twitter.com/nJnMpKkkP3

Another Epstein lawyer, Martin Weinberg, told Berman that the defense team had prepared a “significant” motion to dismiss the case, and that the lawyers were not approaching the case with a “futile, defeatist attitude.”

Weingarten said Berman had a “pivotal role to find out what happened.”

“We want the court to help us find out what happened,” Weingarten said.

“We’re skeptical of the certitude” of the finding of suicide by hanging by the New York City medical examiner, the lawyer said.

There are “significant doubts” regarding “the conclusion of suicide,” Weingarten said.

Federal prosecutor Maurene Comey told the judge that Epstein’s death is already subject of “an ongoing and active grand jury investigation.” Comey explained, “It is not the purview, respectfully, of the court to conduct an investigation into uncharged matters.”

But Tuesday’s proceedings and formal dismissal of the case on the grounds that the accused is deceased doesn’t necessarily mark an end of the road “nothing to see here” point in the saga, given a number of Epstein’s accusers have filed significant lawsuits against his estate, to say nothing of potential cases against his associates and enablers.

This article appeared at ZeroHedge.com at:  https://www.zerohedge.com/news/2019-08-28/epsteins-own-lawyers-tell-court-he-likely-died-assault-federal-case-dropped