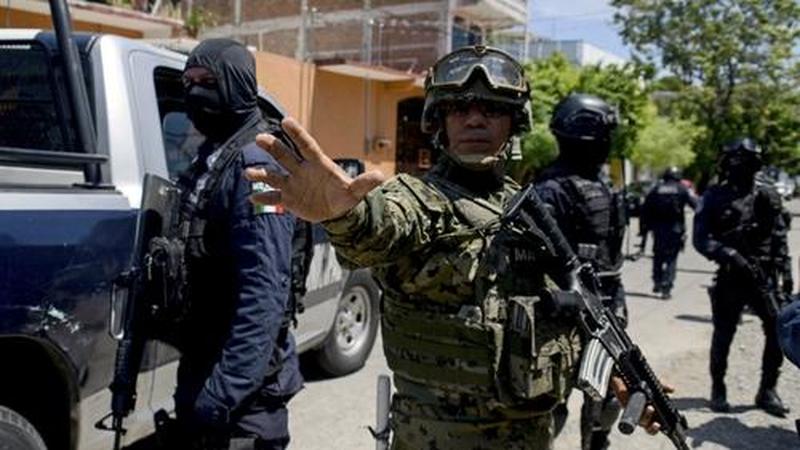 Mexico is deploying its new militarized National Guard police force within Mexico City in an effort to quell a recent surge in violent criminal activity, according to President Andres Manuel Lopez Obrador.

“We need a stronger presence of security forces and more protection for residents of the capital,” Lopez Obrador said during his daily news conference on Thursday, pointing to increases in homicides, kidnappings and extortion amid intense cartel turf wars, according to Reuters.

The sprawling urban area that has a population over 21 million was for years a bastion of relative calm while much of the country slid into violent drug wars.

That said, Reuters notes that Mexico City is still safer than some US cities – including the Democratic strongholds of Baltimore, Detroit and St. Louis.

AMLO announced that the National Guard would don green uniforms, helmets and rifles were not originally intended for use within Mexico city, but that the deteriorating security situation required it.

“(Mexico City) is notorious, crime is on the rise. Especially the daily homicide rate, which has gone from two to six in the past decade,” he said.

The National Guard, made up mostly of former members of the army police, naval police and federal police, operates across the country and was recently deployed on the borders to slow illegal migration through Mexico to the United States.

Lopez Obrador introduced the force this spring to restore public safety. He said on Thursday that the force will start at 70,000 members and expand to between 130,000 and 140,000. –Reuters

Mexico has also deployed 15,000 National Guard troops to its northern and southern borders after a threat by the Trump administration to levy tariffs if nothing was done to slow illegal immigration through the country.

This article appeared at ZeroHedge.com at:  https://www.zerohedge.com/news/2019-06-27/crime-ravaged-mexico-city-deploys-140000-national-guard-troops-enforce-order