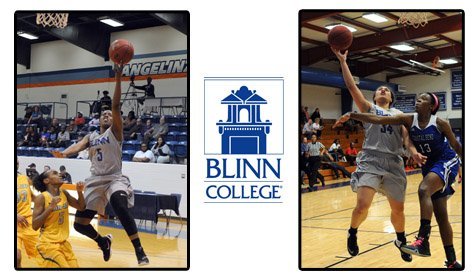 The Blinn College women’s basketball team is sending five players from its 2015-16 national tournament-qualifying team to play at four-year universities next season.

“This is a great group that won the regional tournament and earned a trip to the national tournament,” said Jeff Jenkins, women’s basketball coach. “They will be difficult to replace.”

Gray was a do-everything player for the Buccaneers, ranking second on the team in scoring with 13.9 points per game while leading the team in assists (3.9) and steals (1.7). Gray earned all-region, all-conference and national all-tournament honors.

Parker was named an honorable mention All-American and broke the NJCAA record for 3-pointers made in a season with 144. Parker led the Buccaneers with 17.5 points per game and was named to the All-Region XIV and All-Region XIV Tournament teams. Parker and Gray shared Blinn’s Don Wilhelm Award as the team’s most valuable players.

Odom played a huge roll for the Buccaneers on and off the court and was named to the Spring 2016 Don Wilhelm Athletic Director’s Honor Roll along with Faumui, Preston and Parker for maintaining a grade point average (GPA) above 3.0. Odom, who averaged 2 points and 1.9 rebounds per game was named an NJCAA Academic All-American.