Agriculutral Law: What To Watch in 2015 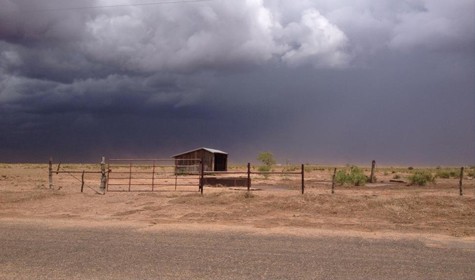 As everyone is recovering from the New Year celebrations and getting back to the grindstone, I thought it would be fun to highlight a few of the major ag law issues to watch in 2015.

Unfortunately, this issue will likely top the list every year for the near future.  Across the country we are seeing more and more water-related disputes.  In addition to the issues outlined in my 2014 Year in Review post, there are two additional issues I think will be in the forefront this year.

Water pipelines.  With the San Antonio Water System’s approval of a pipeline that will carry water from rural Burleson County to the City of San Antonio, litigation is almost sure to follow.  A similar proposal is currently pending before the New Mexico State Engineer, which will almost certainly result in a heated contested hearing.

“Waters of the United States.”  The EPA proposed definition of “waters of the United States” under the Clean Water Act resulted in extensive controversy and comment against the rule, led by the agricultural industry.  In total, over 500,000 comments were received.  The comment period closed in November, and the EPA will now consider each of the comments received and determine if modifications are needed before the rule becomes final.  Farm Futures outlined many of the comments made by agricultural groups here.  It will be interesting to see the EPA’s final version of the rule.  To be sure, if the concerns of the public–including those of production agriculture–are not adequately addressed, litigation is likely.

Local fracking bans passed across the country will likely move from the ballot box in 2014 to the courtroom in 2015.  Here in Texas, two lawsuits have been filed against the Denton fracking ban, passed in November.  The Texas Oil and Gas Association and the General Land Office seek to have the ban declared invalid as it is pre-empted by state law.  An even broader statute was passed in Mora County, New Mexico and is currently being challenged in New Mexico federal court.  Plaintiffs there include mineral owners and the Independent Petroleum Organization of New Mexico.  This is an important legal issue and its resolution could impact rural landowners and mineral owners.

Seven states have now passed agricultural protection statues, known as “ag gag” laws.  Two of these statutes–Idaho and Utah–are currently being challenged in federal court.  A ruling on the constitutionality of these statutes could come this year, and because this involves a federal constitutional issue, these cases could eventually end up before the United States Supreme Court.

In Texas, two cases are currently ongoing that raise interesting and important issues about underground trespass and oil and gas.  Although these cases involve Texas law, they may offer a foreshadowing of issues that could arise in other states. It is likely that at least one of these cases will be resolved in 2015.
Disposal Well Case.  In EPS v. FPL Farming, the Texas Supreme Court is considering whether a disposal well company can be held liable for trespass if the water injected some 8,000 feet below ground crosses property lines.  Oral argument in this case occurred last February, so a decision could be forthcoming at any time.
Horizontal Drilling Case.  In Lightning Oil Company v. Anadarko E&P Onshore, a different issue of underground trespass was raised:  did Anadarko trespass on the mineral estate if they drill a horizontal well through property on which another company holds the mineral rights, to reach property on which Anadarko holds the mineral rights.  Although this case is only at the trial court level, it is very interesting and has the potential to greatly impact the law related to modern oil and gas production.

There are several disputes related to the Endangered Species Act that will likely be before courts in 2015.
Aransas Project v. Shaw.  This case involves the alleged 2012 death of 23 endangered whopping cranes in the Aransas Wildlife Preserve in South Texas.  Plaitniffs, an environmental group, sued the Texas Commission on Environmental Quality, alleging that by issuing permits for diversion of water upstream from the preserve, the TCEQ caused the death of the cranes, constituting a violation of the Endangered Species Act.  Although the trial court found for the plaintiffs, the 5th Circuit reversed, finding no proof of causation between the TCEQ’s issuance of permits and the death of the birds.  Recently, the 5th Circuit voted 11-4 against rehearing the case en banc.  The plaintiffs plan to appeal to the United States Supreme Court next year.
Lesser Prairie Chicken.  After the lesser prairie chicken was listed as threatened in 2014, numerous lawsuits were filed against the Fish and Wildlife Service.  Environmental groups filed suit claiming the FWS should have listed the species as endangered.  Conversely, several states and industry groups filed suit claiming the species should not have been listed at all.  These lawsuits are pending and will likely be heard by federal district judges this coming year.
PETPO v. USFWS.  A federal judge in Utah limited the scope of the Endangered Specie Act in this case involving the Utah prairie dog.  The judge found that because the species was found only within the bounds of Utah and had no substantial impact on interstate commerce, that it was beyond the reach of the ESA.  This decision provides an interesting question about the scope of the ESA, and will almost surely be appealed to the 10th Circuit.
It appears that 2015 will continue to be a busy year for agricultural law.  I look forward to keeping you up to date on the current issues and welcome any requests or suggestions for blog posts in the coming year!
Tiffany Dowell grew up on her family farm and ranch in Northeastern New Mexico and is currently an Assistant Professor and Extension Specialist in Ag law with Texas A&M Agrilife Extension.  This information is for educational purposes only, does not create an attorney-client relationship, and is not a substitute for the advice of a licensed attorney.