You Won’t Believe the Governments “Solution” to Fix Social Security 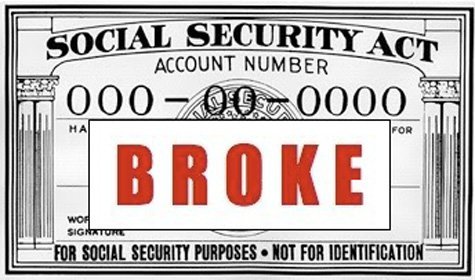 The Board of Trustees for Social Security released their 2016 Annual Report and it doesn’t look good.  The fund is already running a huge deficit (i.e. more money out than coming in) to the tune of billions of dollars each year.  The report goes on to tell about the two main trust funds, OASI (Old Age Survivors Insurance) and DI (Disability Insurance).  The Disability Insurance part already went bust.  It is only solvent now because Congress took money out of the OASI part of Social Security and put it into the DI part.  So, we’re robbing Peter to pay Paul.  But, this fix only gets us a little farther down the road.  But, most importantly for the government, it gets us through the presidential cycle when it can be “the next guys” problem.

The other troubling statistic is for Medicare.  The report shows that one of the major trust funds for it is the Hospital Insurance fund (HI).  The report shows that HI will run out of money in 2028.  That’s just 12 years from now.  And they project that the entire Social Security Program will be fully depleted six years later in 2034.  The incredible part of this story is that the government is publishing this in black and white that the fund is broke and there is 0% chance that they will be able to honor their existing commitments.  The only solution is to radically raise taxes, or reduce or eliminate the Social Security benefits that have been promised to taxpayers.  This is what it looks like when nations go broke folks.

So, how does the government plan to deal with its dilemma? Why, by doing more of the same.  The legislation has the catchy acronym SAVE UP Accounts Act, which stands for:

SovereignMan.com explains how it works:

In short, SAVE UP mandates certain employers and businesses in the United States, including many small businesses, to start contributing a fixed amount of money per employee into a brand new national retirement fund.

Based on the contribution requirements and the average wage in the United States (about $50,000 annually), the bill is slapping a 2% wage tax on employers.

So an additional 2% tax effectively constitutes a 32% proportional increase.

This isn’t just crazy one off thinking either.  The Senate had a similar bill a few months ago.  The Senate version would create an “American Savings Account”, (i.e. another national retirement fund to be managed by the government).

Then of course, there’s President Obama’s “MyRA” program, where workers contribute a portion of their paychecks to a retirement account managed by the federal government.  In fact, the MyRA has already been launched:  https://myra.gov/

The trend here is pretty clear.  Social Security is rapidly running out of cash, and they’re solving the problem by having American citizens and businesses essentially “bail in” the program with higher taxes and more contributions to government retirement funds.