US Headed Toward “Cuban Missile Crisis” Situation Over Ukraine: Kremlin 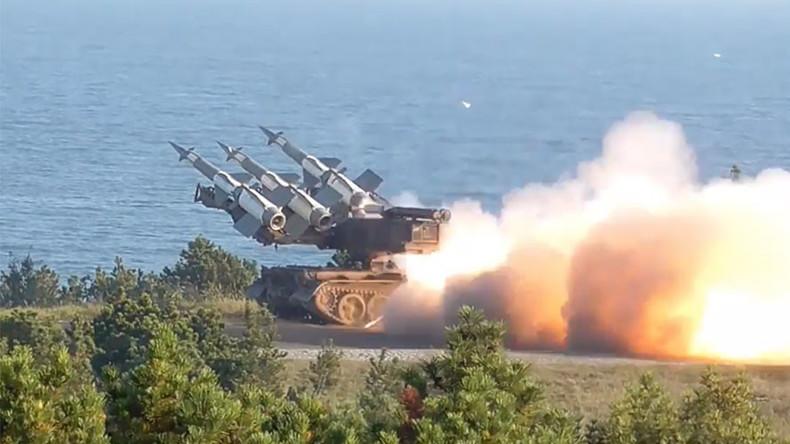 Russian Deputy Foreign Minister Sergey Ryabkov issued a dire warning on Thursday, saying amid the soaring Ukraine tensions that Russia and the US could end up in a situation resembling the Cuban Missile Crisis of 1962. He statements were meant to spur the two sides on toward entering deconfliction talks, to hammer together a “reasonable agreement” that aims to prevent further NATO expansion eastward, which is a “red line” of Putin.

“You know, it could quite possibly reach that point,” he responded when asked by a reporter if things could escalate to Cuban Missile crisis levels with Washington and NATO over Donbass. “If comrades on the other side fail to understand us and keep doing what they are doing, we might wake up at some point to see something similar, if that’s what further developments will suggest.”

“That would be a total failure of diplomacy, a failure of foreign policy,” Ryabkov added. “But there’s still time to try to reach an agreement based on reason.”

The West is still accusing Russia with making preparations for an invasion of Eastern Ukraine, while Putin is seeking “reliable and long-term security guarantees” that there will be no more NATO members or military positioning close to its borders. Putin reportedly pressed Biden on gaining such an agreement during Tuesday’s two-hour virtual summit.

Meanwhile, there could another brewing ‘Kerch Strait incident’ which triggers armed confrontation between Russia and Ukraine. Late in the day Thursday Russia’s Navy began issuing dire warnings for a Ukrainian navy vessel to turn back before entering Russia’s territorial waters. Here’s how Russian media reported the ‘close call’ incident:

A Ukrainian navy vessel, named the Donbass, has set course to pass through Russian territorial waters off the coast of Crimea and is ignoring warnings to turn around, border officials have reported…

In a statement issued late on Thursday night, Russia’s FSB announced that “on December 9 at 9.12am, the command ship ‘Donbass’ of the Ukrainian Navy left the port of Mariupol and began heading for the Kerch Strait.”

According to officials, the vessel did not have permission to pass through the Russian-controlled Kerch-Yenikalsky canal that divides the Black Sea from the Sea of Azov.

However, at the last moment as Russia’s navy was preparing for a showdown and some kind of intervention, the Ukrainian vessel reversed course. 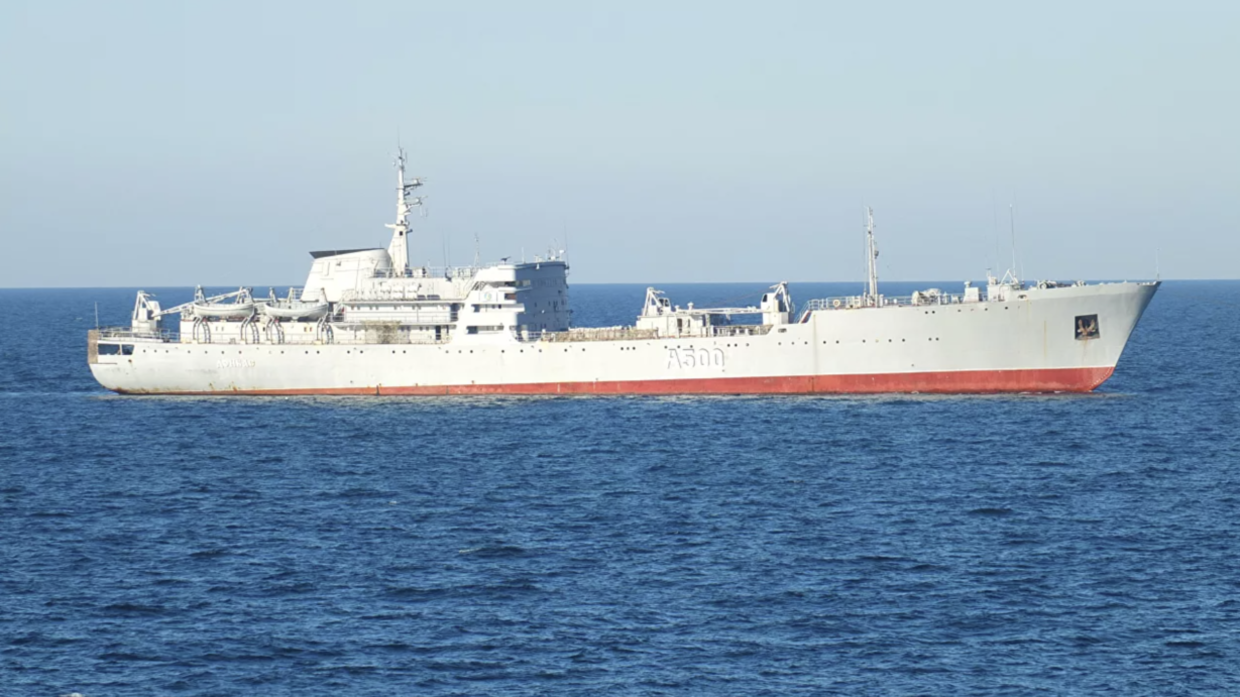 The incident shows how with tensions on edge, there’s some “probing” going on – perhaps in an attempt to test Russia’s willingness to respond. In the Black Sea and Crimean region, the world is perhaps a mere single provocation away from witnessing the start of a “shots fired” scenario, potentially drawing in Ukraine’s Western allies, including the United States.

Following all of this, it’s being reported that Ukrainian President Volodymyr Zelensky has signaled to the White House that he’s ready to meet directly with Putin to talk de-escalation. This after Zelensky spoke with Biden on Thursday.

The Cuban Missile Crisis comparisons are perhaps apt, but the further irony is that Donbass is much closer to Russia’s border and territory than Cuba is to the US coast… 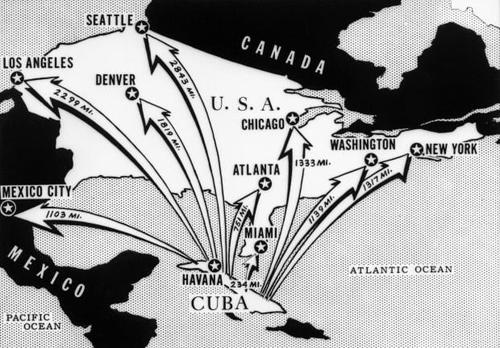 Above: US news clipping from during the height of the historic Cuban Missile Crisis

This article appeared at ZeroHedge.com at:  https://www.zerohedge.com/geopolitical/us-headed-toward-situation-cuban-missile-crisis-over-ukraine-kremlin