US Budget Deficit Triples To Record $3.1 Trillion In 2020 As US Spends 90% More Than It Collects 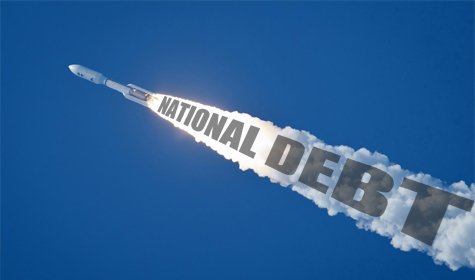 Those who have been following the record surge in US public debt (excluding the roughly $100 trillion in off-balance sheet obligations), which exploded by $3 trillion in the three months following the covid shutdowns and which just hit an all time high $27.1 trillion this week, will be all too aware that the US budget deficit this year – and every year after – will be staggering. 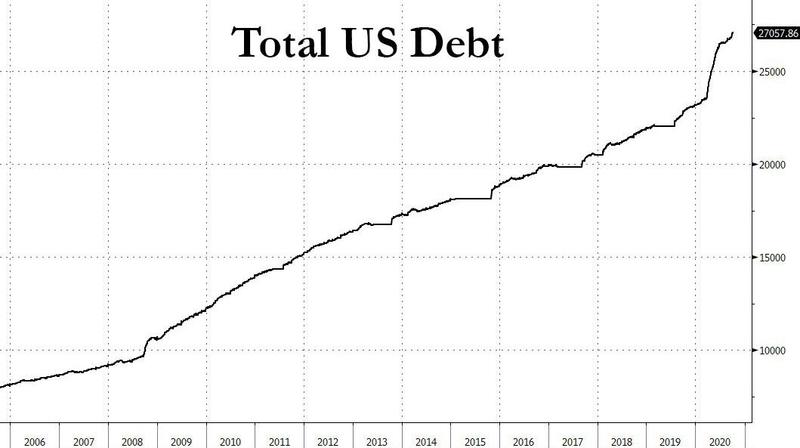 Specifically according to the Treasury, in August, government outlays were $497.8 billion, up $74 billion from the $423.3 billion spent in August, and a whopping 71% more than the $291 billion the US spent last September… 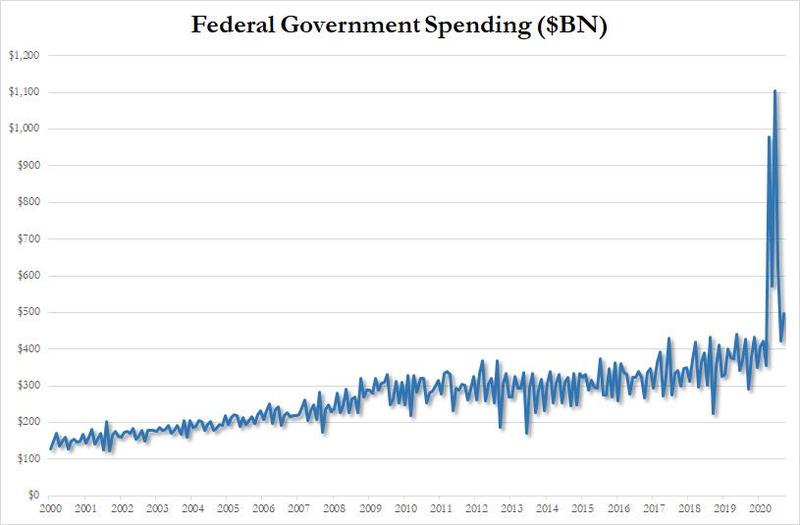 … while receipts rebounded from the $223.2 billion received in August to $373.2 billion, and effectively identical to the $374 billion collected last September (the question of why anyone still pays taxes in a time of helicopter money, when the Fed simply purchases whatever debt the Treasury issues, remains).

The chart below shows the September 2020 breakdown between various receipts and outlays. 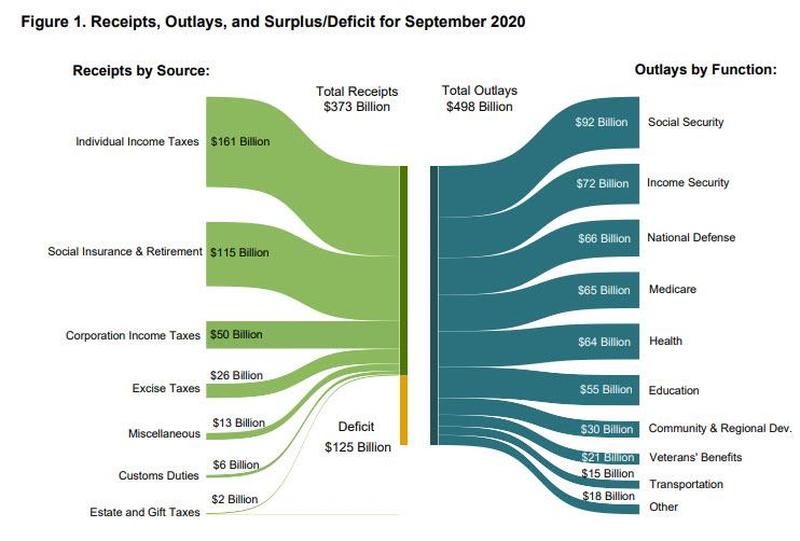 What all this means, is that for the full 2020 which ended on Sept 30, the US spent $6.552 trillion and collected just $3.420 trillion, which also means that outlays were a record $3.1 trillion, 91% higher than receipts, which also includes the $9.7BN received last month and $81.9BN YTD in deposits of earnings by the Fed. 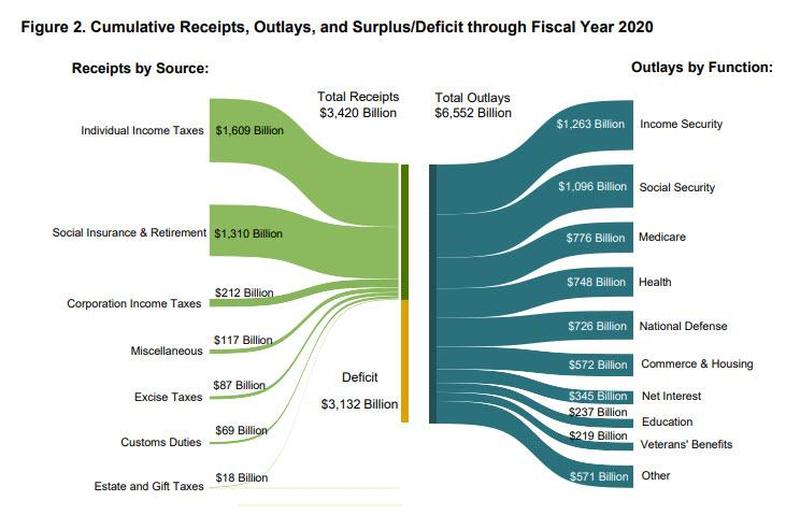 And since outlays equal receipts plus the deficit, this means that for the fiscal 2020, the US budget deficit more than tripled to a record $3.1 trillion (compared to “just” $984 billion in 2019), higher than at any other time in US history and unfortunately due to “helicopter money” it is unlikely that the exploding deficit will ever shrink again until the monetary system is overhauled… or collapses. 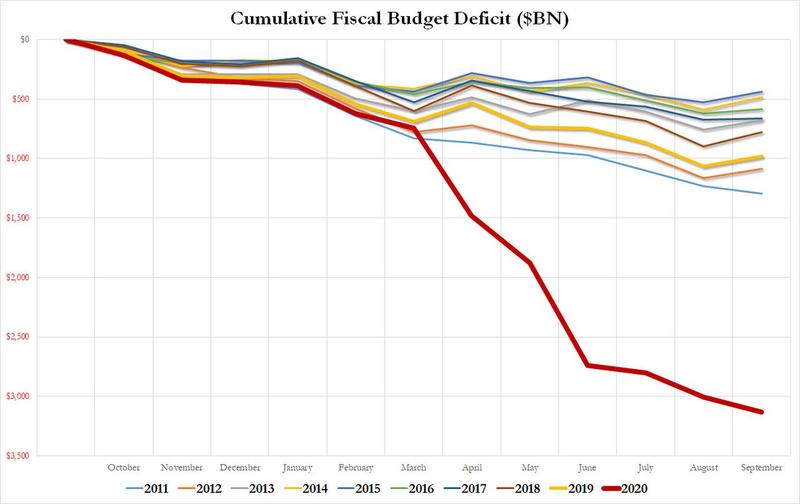 At some point the market will realize that this insanity is simply unsustainable, something which the CBO pointed out in its latest long-term debt forecast. 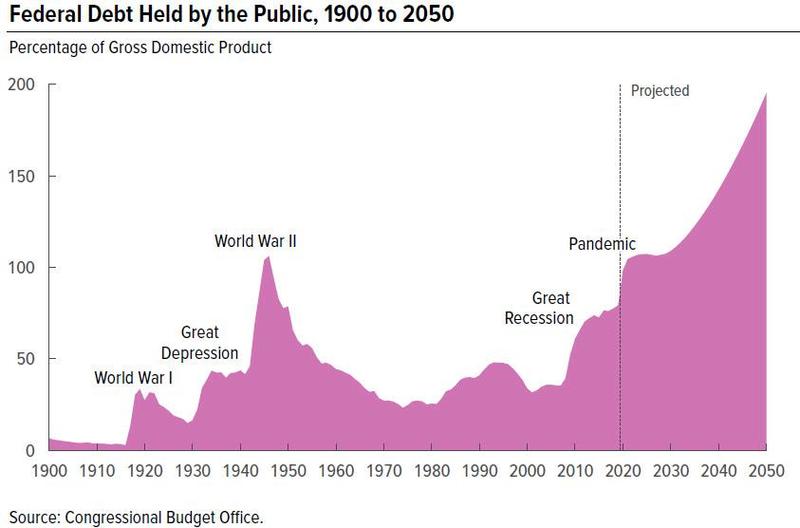 Until then, however, in the immortal words of Chuck Prince, “as long as the music is playing, you’ve got to get up and dance.”

This article appeared at ZeroHedge.com at:  https://www.zerohedge.com/markets/budget-deficit-hits-record-21-trillion-fiscal-2020-us-spends-90-more-it-collects