Trump and Hillary Don’t Know How to Fix the Economy 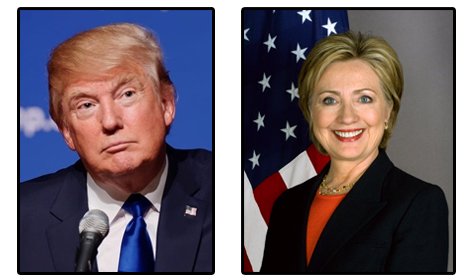 Recently, Hillary Clinton was taped ridiculing Donald Trump for lacking a detailed plan for the American economy. The message, so it goes, is that Trump is not suited for the presidency because he doesn’t have a plan on how to turn the American economy around.

But is it really more dangerous to elect a president who makes up economic policy on the fly than one who proclaims to have a detailed plan for us?

The answer to this is no, it is not more dangerous to elect someone who makes up economic policy by the seat of his pants — as Donald Trump is prone to do — than it is to elect someone who thinks she can have the future of the economy neatly mapped out. However, this does not imply that seat-of-the-pants method is less dangerous either. The underlying problem is we have two competing people who think they can manage the American economy.

The core of why both philosophies are equally dangerous is best summarized by F.A. Hayek and the pretense of knowledge. Hayek notes in his speech in 1974:

Unlike the position that exists in the physical sciences, in economics and other disciplines that deal with essentially complex phenomena, the aspects of the events to be accounted for about which we can get quantitative data are necessarily limited and may not include the important ones … in the study of such complex phenomena as the market, which depend on the actions of many individuals, all the circumstances which will determine the outcome of a process … will hardly ever be fully known or measurable.

We are incapable of knowing what the future will bring. No president can come up with a detailed or air tight plan or can accumulate a sufficient stable of experts to be able to guide the behavior, wants, and needs of 320 million people.

For example, if we were to have asked George Bush and his economic experts in 2002 to develop a five year plan for cell phones, we would have built up a massive production capacity and R&D structure around miniaturizing phones as that was all the rage. If someone said in 2002 that people in the future would give up physical buttons and want larger screens, they would have been looked upon as mad. People are buying smaller and smaller phones, there’s no way they could touch the screen and get anything done! But come 2007, Apple introduces the iPhone and the older-style button phone has nearly vanished from the marketplace. Had the government decided it needed to plan the economy around smaller phones, we wouldn’t be enjoying a mobility revolution.

This extends well beyond cellular phones and into all walks of our lives. We don’t need central planning on how we consume our energy, what cars we can buy, what we charge people for borrowing money, and so forth.

All behavior is risky. Even if central planners could somehow canvass all of our wants and needs, figured out when exactly we want to satisfy those needs, and determined who gets what in a world of scarcity, the planners would still fail. This is because even we have no idea what we’ll want in the future. If we were to ask someone to write down exactly what they would buy on August 14, 2017 and put it in an envelope then open it up and compare it to what was bought on that day, there is little doubt the results would be wildly different.

The planner is going to do no better. Instead of a single individual failing to predict his own habits in a fun exercise, we’ll be malinvesting untold amounts of money into unwanted industries and imposing counterproductive and dangerous rules on businesses — the effects of which are impossible to predict. Furthermore, central planning shuts down innovation and the entrepreneurial process because it assumes to know today what is wanted tomorrow. Most innovation arises when someone produces a product we had no idea we wanted and couldn’t fathom existing.

Does Hillary Clinton’s plan for the economy make her a more qualified president than Donald Trump, who will likely create plans spontaneously? No, it makes them equally dangerous as both assume they have the ability to do what countless officials over the centuries have never managed to do — predict the future.

This article appeared at the Mises Wire at:  https://mises.org/blog/trump-and-hillary-dont-know-how-fix-economy