“Too Much Too Fast” Gas Glut Crushes Shale Drillers 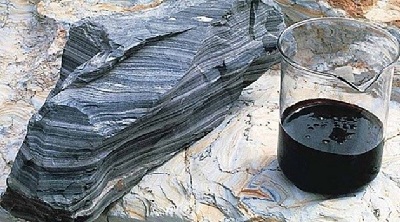 Appalachian shale drillers are getting squeezed by low prices, and a supply glut may mean that there is little prospect of a pricing rebound anytime soon.

Earlier this month, IHS Markit put out a press release entitled, “U.S. Natural Gas Price Will Fall to Levels Not Seen Since 1970s.” The firm said that persistent oversupply from the Marcellus [Shale] would be “reinforced” by a surge in associated gas production from the Permian basin. That could keep average natural gas prices below $2/MMBtu next year, which would nominally be the lowest since 1995, but in real terms it would be the lowest since the 1970s.

The market is set to see falling prices despite structural increases in demand from new gas-fired power plants and LNG export facilities. IHS noted that U.S. demand has climbed by 14 billion cubic feet per day (Bcf/d) in annual consumption since 2017, but supply has expanded by even more than that amount since the start of 2018.

“It is simply too much too fast,” Sam Andrus, executive director of IHS Markit, said in a statement.

“Drillers are now able to increase supply faster than domestic or global markets can consume it. Before market forces can correct the imbalance, here comes a fresh surge of supply from somewhere else.”

The bust in gas prices create significant dangers for gas-focused shale companies. “With the news from IHS Markit that natural gas prices in the United States will drop below $2 MMBtu in 2020 and remain low through at least 2024, if not longer, heads must be exploding in the board rooms of oil and gas producers throughout the U.S. and Canada,” Tom Sanzillo and Kathy Kipple wrote in a commentary for the Institute for Energy Economics and Financial Analysis (IEEFA).

The IEEFA analysts said that smaller shale gas E&Ps, which account for roughly 30 percent of production, “are likely to continue to fail.”

The shale gas industry has been eager to build more pipelines to move gas out of the Appalachian region and the Permian basin so that gas can be exported overseas. Many analysts see long-term growth for gas. Through 2040, the market for LNG could double in size to over 1000 billion cubic meters (bcm), “a growth rate eclipsed only by renewables,” according to Wood Mackenzie.

However, the global market for LNG is also oversupplied, and could remain that way for the next few years, with prices in various markets plumbing new lows. Traders expect LNG prices in Asia to drop to their lowest in a decade by the end of this year, according to Reuters. Sources don’t see Asian spot LNG prices exceeding $6/MMBtu for December delivery, a low for the time of year not seen since 2010.

Oil E&Ps have their own financial problems, to be sure, but stubbornly low natural gas prices could create particular trouble for the “gassy” drillers. In just the last month, Antero Resources, Gulfport Energy and Range Resources were all downgraded by S&P Global Ratings, “while the bond markets have begun to price in more default risk for the less-than-investment-grade gas drillers,” according to S&P Global Platts.

Even EQT, the largest gas producer in the entire country, saw its outlook cut to negative over the summer. If EQT were to see its credit rating cut to junk, it could “rock” a broader class of E&P companies that are already under financial pressure, S&P said.

The ripple effects could also be felt in associated sectors. More than a few pipeline companies “have substantial exposure to a group of drillers with declining credit quality and low-growth plans for the future,” according to S&P Global Platts, citing an analysis from S&P Global Market Intelligence. Pipeline companies are in danger of a “coming wave of negotiations for lower transportation rates” from drillers, and that risk is not factored into their earnings forecasts, S&P said.

Antero Resources recently idled a water treatment facility in West Virginia that handles fracking wastewater because of the downturn. The $300 million facility came online only two years ago.

The petrochemical boom could also feel the impact of a rickety shale gas industry. “The planned expansion of refineries, crackers and plastic production in the Ohio Valley will be increasingly turbulent,” IEEFA analysts wrote. “A steady, stable source of low-priced natural gas was central to the investment decisions of companies like Shell, which is investing billions to build a cracker plant. Petrochemical expansion plans are at risk. They were based on weak partnerships with the fracking industry, an industry that does not have a viable business model.”

This article appeared at ZeroHedge.com at:  https://www.zerohedge.com/energy/too-much-too-fast-gas-glut-crushes-shale-drillers