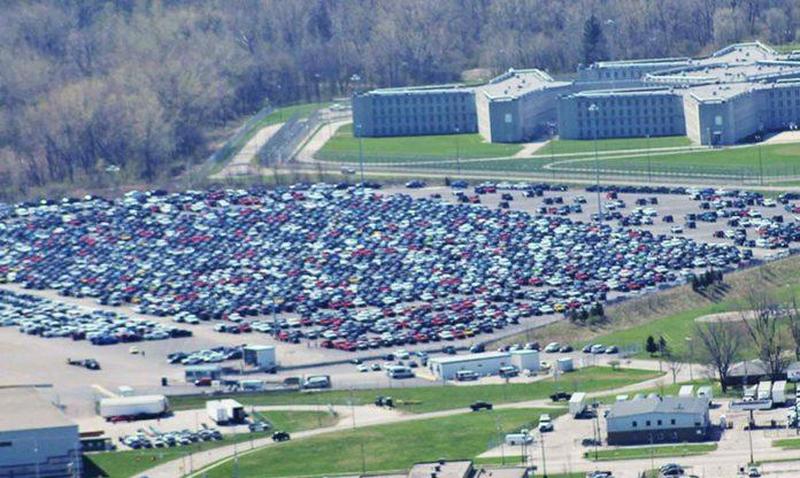 Wouldn’t it be nice to know the canary’s going to sing before he actually does?

Very few saw the crash coming back in ’08 – which was the last time the car industry hit the linoleum and the cry resonated from Detroit to DC: I’ve fallen – and I can’t get up!

By the spring of ’09, GM had become Government Motors – and remains so, in spirit, to this day. The taxpayer bailout money has been paid back, but the company was fatally tainted by its roll-under-the-sheet with Uncle Sam. It became a virtue-signaling company more than a car company.

Pontiac, Oldsmobile, Saturn and Hummer – dust in the wind. Along with about 20 percent of GM’s previous market share.

Chrysler eventually got bought by Fiat and shed Plymouth, then Dodge.

Ford didn’t take any taxpayer money but did get a “line of credit” – just in case.

They all bent knee.

Now comes the glut – and it could be the canary in the coal mine, just before he opens his beak.

More than 4.2 million new cars are stacked up unsold as of this month – which is an alarming half-million more cars than were stacked up guess when? 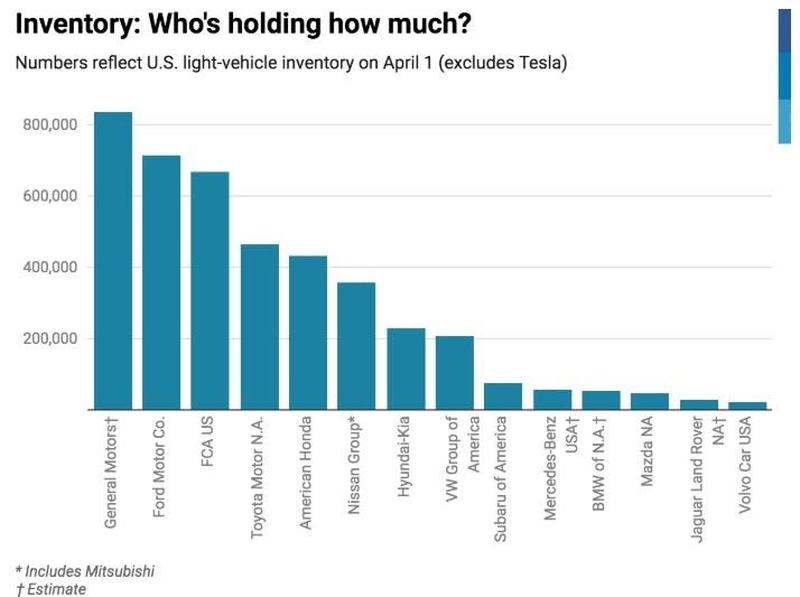 In the early spring of 2007 – just before the bird chirped. Not long after, he hit the floor.

Once again, people have abruptly stopped buying new cars. The question is – why?

The answer’s pretty obvious, then and now.

People can’t afford to buy them.

Back in ’08 it was mostly due to not being able to afford anything. The economy had tanked because the housing market had just collapsed and millions of people were more worried about making their mortgage payment than assuming a car payment.

People wanted them, so GM built them – and sold them.

Chrysler and Ford did the same.

It is not rocket science.

But then came the housing crash and – just like that – the people who wanted and bought them no longer could.

It is Naderite gas-lighting to suggest this was the fault of the Big Three.

Or rather, it is Naderite wishful (vengeful) thinking.

It is an article of Naderite faith that the bulk of car buyers crave high gas mileage to the exclusion of other considerations. Including the cost of achieving high gas mileage.

This is as delusional as believing that most people prefer tofu burgers over Whoppers – but Burger King isn’t giving them the choice.

At any rate, the privately-owned banking cartel which controls the country’s finances – the “Federal” Reserve – “fixed” the problem by flooding the economy with free money. That is to say, with more debt – but at low or even no interest.

Unaffordable cars – gas guzzling and otherwise – were made to seem “affordable” by adding two or three years to the duration of the loan, which increased from an average of five years before the crash to six or seven afterward. And by reducing the interest on the now-longer loan, which fell to historic lows. Instead of 10 or 11 percent – which had been common through most of the ’90s – interest rates on new car loans were all of a sudden as little as 4 percent or even nothing at all.

Hard to resist – such a deal!

This was the real bailout – the one few understand because it’s almost never discussed. Perhaps because it would lead to a more substantive discussion of topics we’re not supposed to discuss – such as the cost of all the “gas saving” and “safety” technology being force-grafted to new cars.

Uncle Sam helped the banking cartel by doing what Huxley suggested in his presciently predictive novel, Brave New Word (which was written almost 100 years ago).

Demand for new cars was “stimulated”  . . . by destroying as many used cars as possible. This was the infamous Cash For Clunkers program. While some of the cars were indeed “clunkers” – old and nearly worn out – most were merely paid-for. 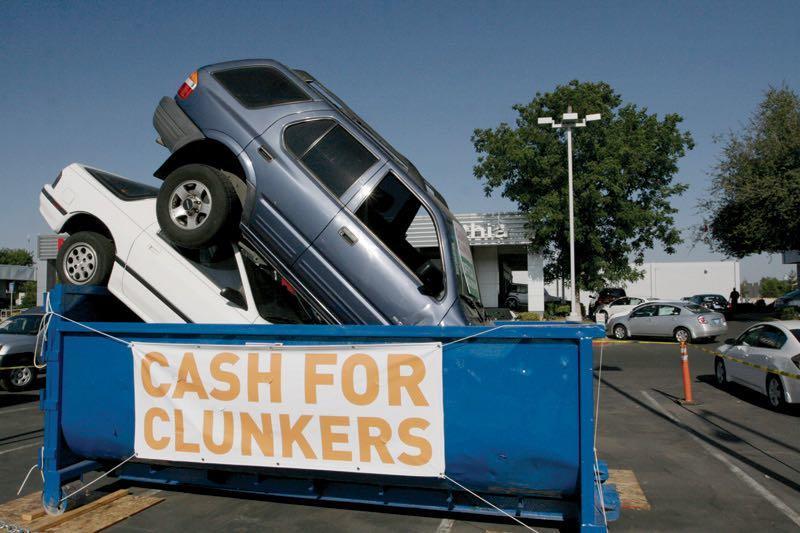 They had many years of useful life left to go, but the problem – for the banking cartel and the government – was that no payments were being made on them.

Getting rid of them – and getting their owners into a new car (and new car payment schedule) solved that problem.

But it was by hiding the cost of money – and thereby, the cost of new cars – that the industry was resuscitated.

It could go on only as long as interest rates remained low to none. When that began to change around the middle of last year, so did demand for new cars. That was the canary’s cue. Even a slight uptick in the cost of money makes the cost of new cars that much more obvious.

Or rather, that much more unavoidable.

Even the innumerate can tell the difference between a $399 per month payment and a $475 per month payment – and it’s that additional $76 (or whatever the amount is) that’s causing people to hesitate where they previously would have signed the paperwork.

The rat, so to speak, is cornered.

Interest rates can’t be kept low to no anymore because the flood of new money via the Fed dilutes the value of the money already there; in order to make money on devalued money, one must charge interest that makes up for the depreciation of the loaned sum.

Car loans can’t be extended much more, either.

Six years is already too long – from the standpoint of anyone who isn’t innumerate. By six years from new, the average car is worth less than the balance still owed. Making further payments on such a loan is like trying to pump gas into a tank with a silver dollar-sized hole in it.

What was it Kevin Costner said about no way out?

Actually, there is a way – but it might take a real crash this time to reset things:

Let the market – rather than Uncle Sam – decide the value of attributes such as gas mileage and safety – and let people pay for what they want.

If new cars became more affordable – which they would if the market were permitted to operate – it wouldn’t be necessary to hide their cost. Nor to extort the taxpayer to finance the resurrection of an industry made unprofitable by government fatwa’ingrather than its own misreading of the market.

Meanwhile, now is a very good time to buy a new car . . .  if you can still afford to buy one.