Texas Coronavirus Update: More Than Half a Million Recoveries 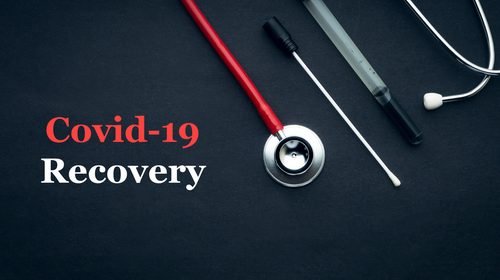 With more questions surrounding the reliability of their positive case counts, the State of Texas reports 507,499 are estimated to have recovered from the coronavirus statewide. Of Texas’ population of more than 29 million, 12,510 have died from the virus, but new data from the Centers for Disease Control and Prevention reports a vast minority died from the virus alone.

Data from Texas’ urban counties show recoveries from the virus continue soaring while deaths remain low, as Richard Hill of Tarrant County Public Health previously told Texas Scorecard: “The fact is that most of the people who get COVID-19 will recover.”

The deaths, however, are further brought into context by a recent report from the CDC, which found only 6 percent of coronavirus deaths in the United States were from the virus alone, while the rest had other conditions in addition to the virus. Tarrant County Public Health Director Dr. Vinny Taneja said in June, “If you are over 65, you are high-risk. If you have underlying conditions, you are high-risk,” he said. “The death burden is high on that population.”

Dallas County doesn’t track recoveries. “But … if we know they have passed away, then the other ones probably have recovered,” said. Dr. Philip Huang, Dallas County Health and Human Services director.

Texas Department of Health and Human Services is estimating Dallas recoveries based on some of Huang’s metrics. As of numbers posted today, they estimate 55,288 have recovered—second only to Harris County—compared with Monday’s report of 902 deaths among their population of over 2.6 million.

Since June 1, the Texas Department of State Health Services has been handling coronavirus reporting statewide. The accuracy of their data has been called into question by Collin County Judge Chris Hill, who, with his fellow commissioners, publicly called out what they said was bad data about their county’s positive case numbers. Counties with fewer than 20 active cases can apply to be exempt from Gov. Greg Abbott’s mask mandate.

With the accuracy of positive case reporting in question (the CDC showing only 6 percent died from the virus alone, while recovery numbers are largely being ignored by the mainstream press), Texans may wonder what the current justification is for a statewide mask mandate or executive orders banning families from being with their special-needs children or with their loved ones in hospitals?

This article appeared at TexasScorecard.com and was written by Robert Montoya.  It can be referenced at: https://texasscorecard.com/state/texas-coronavirus-update-more-than-half-a-million-recoveries/