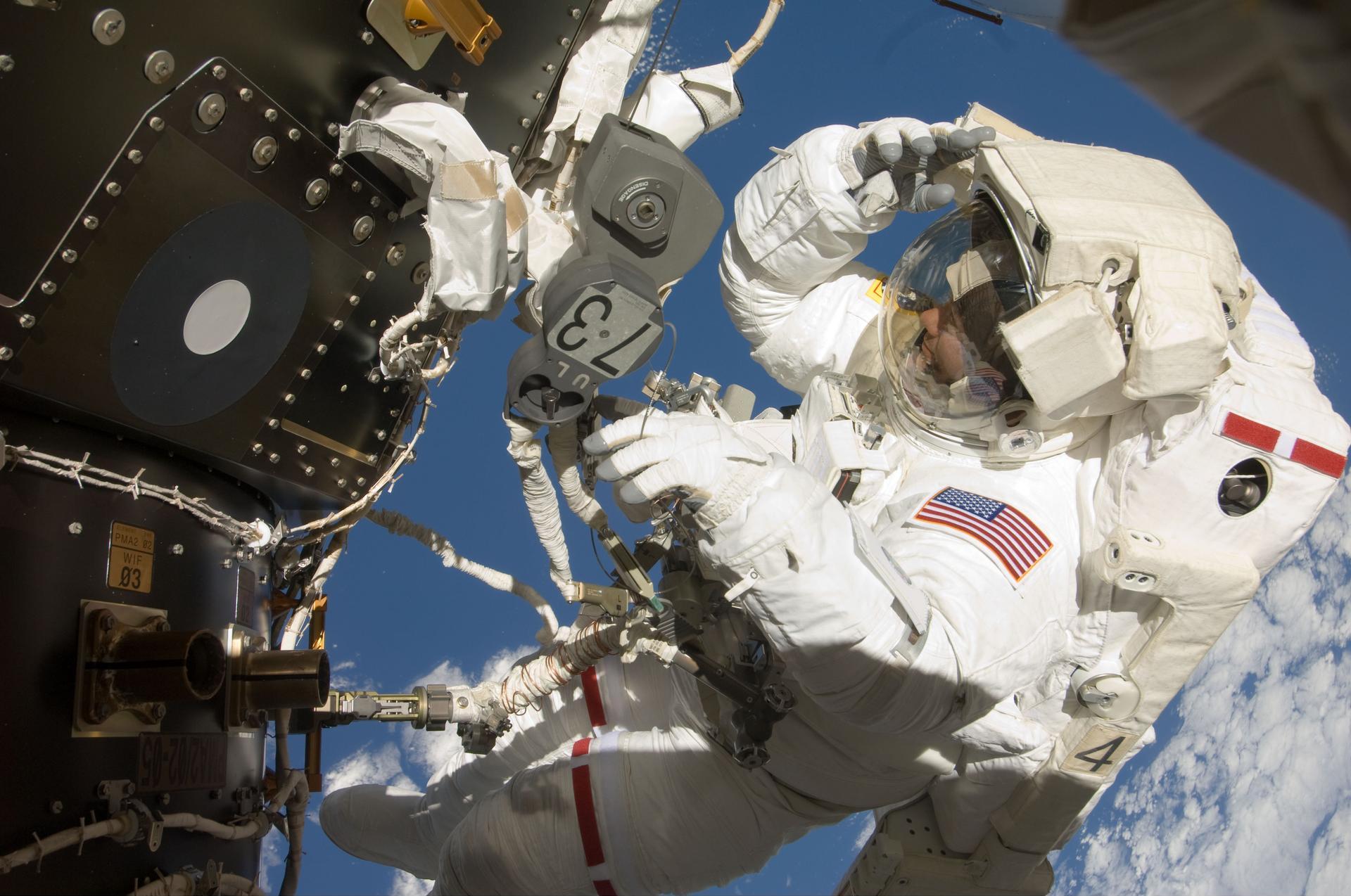 NASA will provide live coverage of the news conference and spacewalk on NASA Television, the agency’s website, and the NASA app.

NASA astronauts Thomas Marshburn and Kayla Barron will exit the Quest airlock around 7:10 a.m. EST to replace an S-band Antenna Subassembly (SASA) with a spare already available on the station’s truss structure. The space station transmits low-rate voice and data with flight controllers on the ground over the S-band of radio frequencies. Live coverage will begin at 5:30 a.m.

NASA’s Johnson Space Center in Houston will host a news conference to preview the spacewalk at 2 p.m. Wednesday, Nov. 17. Participants are:

Reporters who wish to participate in the news conference by telephone must call the Johnson newsroom at: 281-483-5111 no later than 1:45 p.m. Wednesday, Nov. 17. The briefing is virtual only due to safety restrictions related to the ongoing COVID-19 pandemic. Anyone following the briefing on social media may ask questions using #AskNASA.

The spacewalk is expected to take about six hours and 30 minutes to complete. Marshburn and Barron will work at the Port 1 (P1) truss structure, where the antenna is mounted. The antenna recently lost its ability to send signals to Earth via NASA’s Tracking and Data Relay Satellite System. Although its degradation has had limited impact on station operations, mission managers decided to install a new antenna to ensure communications redundancy. The space station has additional low-rate S-band systems, as well as the high-rate KU-band communications system that relays video.

Throughout the spacewalk, Marshburn will position himself at the end of the Canadarm2 robotic arm, working in tandem with Barron. Astronaut Matthias Maurer of ESA (European Space Agency) will control the robotic arm from inside the space station.

Earlier this month, the International Space Station surpassed its 21-year milestone of continuous human presence, providing opportunities for unique research and technological demonstrations that help prepare for long-duration missions to the Moon and Mars and also improve life on Earth. During that time, 249 people from 19 countries have visited the orbiting laboratory, which has hosted nearly 3,000 research investigations from researchers in 108 countries and areas.

Learn more about the International Space Station, its research, and its crew, at: