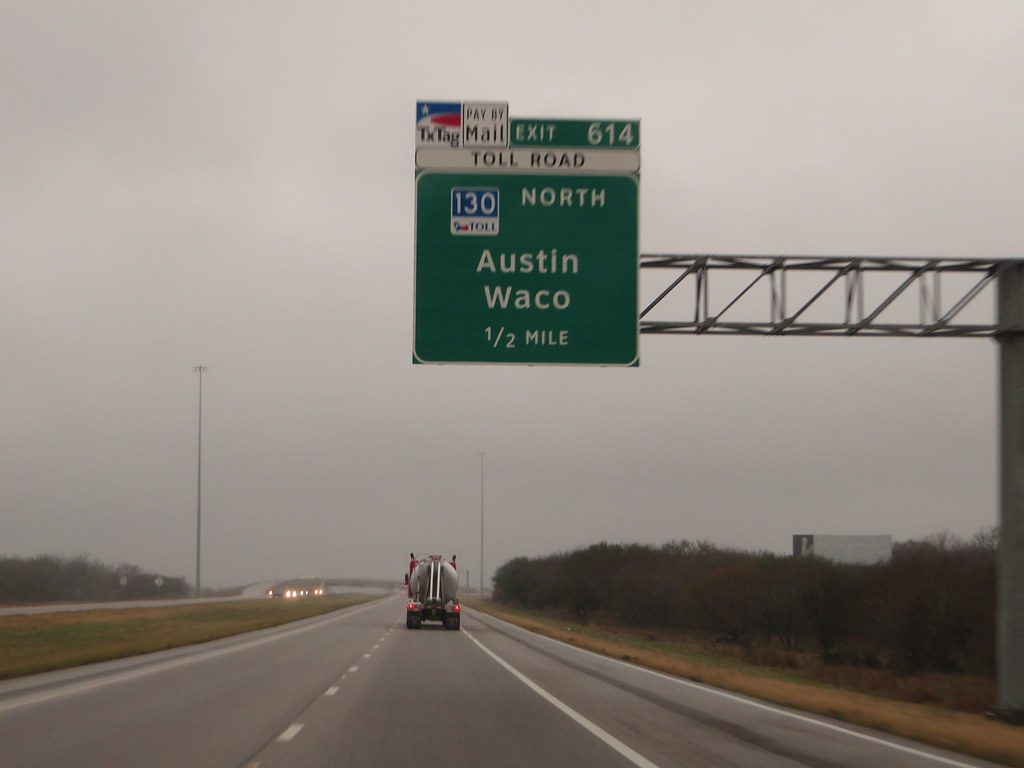 The defunct SH 130 tollway just emerged from bankruptcy court and the news isn’t good for taxpayers.
In 2007, the Texas Department of Transportation (TxDOT) entered into a Comprehensive Development Agreement, or public private partnership, with SH 130 Concession Company, a subsidiary of Spain-based Cintra and Zachry Toll Road 56, which had ownership dispersed among Australian and many other foreign entities. The 41-mile southern stretch of SH 130 opened in November 2012, designed to be a bypass around congested downtown Austin. But the traffic never materialized and the private concession company sought bankruptcy protection in March 2016. According to the terms that emerged from bankruptcy court, all of the private entity’s $1.4 billion debt was wiped away, leaving federal taxpayers left holding the bag for the $430 million federally-backed Transportation Infrastructure Finance and Innovation Act (TIFIA) loan given to the private entities.

Texas taxpayers feel betrayed. Former Texas Transportation Commission Chairman Ric Williamson swore under oath before the Senate Transportation Committee on March 1, 2007, that if the private entities went bankrupt, the Texas taxpayers would get the road back free and clear of any debt. Free and clear means no debt obligations, and therefore no need to continue to charge tolls for usage. However, that didn’t happen. Instead, new owners were brought in, Strategic Value Partners, $260 million in new debt was issued, and the new private company will continue to charge tolls until the contract is up in 2062 — for a road that now owes virtually no debt compared to its original $1.4 billion.

The Build America Bureau, an arm of the federal government, is also a 34 percent owner in the new deal, as a move to placate the expected taxpayer backlash for having the taxpayers’ original federal loan wiped out by the court. Specializing in distressed assets, Strategic Value Partners is yet another global company with offices in Connecticut, England, Germany and Japan.

Some are asking why the state of Texas didn’t step in and insist the public interest was protected and defended in bankruptcy court. Taxpayers have a right to know why they didn’t get the road back, why their $430 million federal TIFIA loan was wiped out, and why they have to continue paying tolls for another 45 years to use a road that’s lost $1.2 billion of its $1.4 billion original value. The state also had a revenue sharing agreement with the previous owners, Cintra-Zachry. Will the state ever see any of that promised toll revenue?

This isn’t the first time the taxpayers ended up on the losing end of such a public-private toll road deal. The South Bay Expressway in San Diego went bankrupt in less than three years of operation, and federal taxpayers were forced to write down nearly $80 million on that federal TIFIA loan in 2011 — a loss of 42 percent. There’s a growing list of toll road failures, yet these private equity firms know how to make money even when they go bankrupt through tax benefits and by how they set-up their complicated corporate structures.  They funnel everything through their own subsidiaries. The deals are set-up so that one arm pays the other a host of fees (management fees, transaction fees, etc.) and oftentimes even pays the company’s own construction firm to build the project, among other gimmicks.

Short-seller investor and president of Kynikos Associates, Jim Chanos, recently felt the need to remind Americans that the techniques used by Australian company, Macquarie Group, under public private partnerships are politically unpopular, and rather than drain the swamp, put Wall Street over Main Street.

”In my own view, these public-private projects are not what core supporters thought they were getting with Trump. It’s going to be great for Wall Street investment banks, but I’m skeptical that a lot of people are going to be able to get excited about the economic growth coming from them,” Chanos said in a June interview with Institute for New Economic Thinking.

The critic credited with being the first to spot Enron’s financial fraud compares Macquarie’s financial antics to a Ponzi scheme. With President Donald Trump signaling he wants to push public private partnerships and toll roads as a major part of his $1 trillion infrastructure plan, it’s necessary to sound the alarm bells anew.

Gotcha Provisions That Come Back to Haunt Taxpayers

These corporations have an army of lawyers to ensure their investors get a return on their investment, so aside from the public subsidies, they find creative ways to further socialize every potential loss through ‘compensation events,’ ‘non-compete clauses’ (that prohibit or penalize the expansion of free routes), ‘adverse event’ triggers, and even manipulation of speed limits on free routes.

Texas taxpayers are also paying to subsidize truck toll rates to get truckers to take SH 130 ($18.7 million/yr). While the subsidies only technically apply to TxDOT’s section of SH 130, it still provides indirect relief to the private section of SH 130 by increasing the number of truck toll payers. Private equity firms also force taxpayers to pay for other losses like uncollectible tolls, and they use the state as their toll collector – giving them access to the power to block vehicle registration for failure to pay a toll.

Anti-toll advocates say giving that kind of power to private corporations that the people cannot hold accountable gives up the state’s sovereignty over public infrastructure and critical corridors that are the very lifeblood of the Texas economy. They say no elected official should cede control of public roads, and therefore hand the keys of the Texas economy, over to private corporations in such sweetheart deals.

Deirdre Delisi, former Chair of Texas Transportation Commission, is now a new board member for Strategic Value Partners. Strategic Value Partners could be cashing in on her inside connections to TxDOT since this road has major structural and pavement issues yet to be resolved with TxDOT. According to a San Antonio Express-News investigative report, “The end of the road,” by Katherine Blunt published in September 2016, an independent contractor, HDR engineering, found 160 pavement defects in its 2014 inspection. In a letter to the company in 2015, the state notes, “TxDOT remains concerned with the short-term and long-term deficiencies related to the pavement conditions.”

In addition to the pavement deficiencies, TxDOT also found Cintra-Zachry to be in ‘persistent developer default’ (defined as 52 or more breaches in a one-year period), which encompasses not only the pavement deficiencies, but also other areas of its contract, constituting a breach of contract. The concession company had amassed 122 in just 2015 alone. Plus, there has been a significant increase in flooding events since the road was built, leaving homeowners in the area with 30 inches of water in their homes at times.

TxDOT said this, too, was a breach of contract, and demanded the company construct detention ponds at a cost of $1.4 million. Texas taxpayers and homeowners have a right to know if these pavement defects, flooding problems, and persistent developer defaults will be remediated by the new owners per the original contract or whether this, too, will be wiped away by the bankruptcy court or by undue influence exerted by Delisi, as a board member of the new company with close ties inside TxDOT.

A coalition of anti-toll and conservative grassroots groups are asking Texas Attorney General Ken Paxton to insist the new owners comply with the original contract by making needed repairs at no extra cost to Texas taxpayers and determine why Texans did not get the highway back, allowing it to become toll-free. In the meantime, Texans will continue to pay tolls to a group of foreign investors for a generation.

Terri Hall is a citizen activist who founded the statewide group Texas TURF (Texans Uniting for Reform and Freedom) when she learned that TxDOT was to convert her only access to San Antonio, Hwy 281, into a tollway (which is a double tax to charge taxpayers again for what they’ve already built and paid for) and when she saw a major shift in Texas transportation to tolling our existing freeways.  She has worked in two sessions of the Texas Legislature, spoken before 12,000 people at a rally in Washington D.C., organized marches on Austin, spoken at national conferences, appeared on both the Lou Dobbs Show, CNN’s American Morning, and Fox News nationally, and done local radio & TV interviews all over Texas. She also writes for the Express-News and Houston Examiner and has had many columns published by news outlets nationwide.  This article appeared at:  http://www.texasturf.org/2012-06-01-03-09-30/latest-news/public-private-partnerships/2218-texans-angered-over-sh-130-bankruptcy-deal-that-wipes-out-money-owed-to-taxpayers