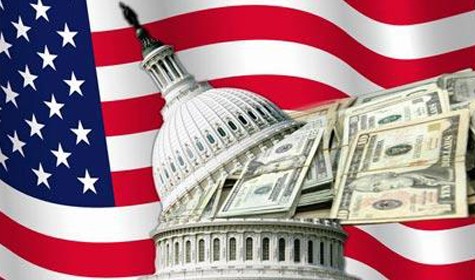 During a staggered vote to stop dozens of ‘high risk’ individuals from potentially being exposed to the virus, the Republican-controlled Senate has reportedly mustered enough votes to pass the administration’s first fiscal stimulus package to help workers and small business owners.

The Coronavirus relief bill hammered out by Mnuchin and Pelosi expands paid sick leave, enhances unemployment benefits, ensures that business that have fewer than 500 employees offer two weeks of paid sick leave to their workers, as well as increased funding for food assistance programs. Most importantly, it guarantees free coronavirus testing.

Though some GOP Senators, including McConnell, criticized the bill initially, the administration managed to push it through – a welcome sign after years of gridlock.

The bill faced opposition from Republican lawmakers in the House, who insisted on technical corrections to the bill. Rep. Louie Gohmert of Texas was the prime Republican who held the bill up earlier this week. The revised legislation made changes that could limit the number of people who could get up to 12 weeks of paid family and medical leave.

Dozens of other Republicans lawmakers voted against the original bill, which had President Donald Trump’s backing and received overwhelming support from House Democrats.

On Tuesday, McConnell ordered GOP senators to “gag and vote for it anyway” for the good of the nation, saying Congress needs to rise above typical “partisanship.”

Known for taking ‘principled stands’ during periods when the pressure on Congress to act is high (a tendency that we imagine annoys many of his Republican colleague), Sen. Rand Paul managed to delay the vote until later in the day by pushing a vote on an amendment that ultimately failed.

The bill, which was passed by the House earlier this month, will now head to President Trump’s desk.

As both Dems and Republicans haggle over a third package, McConnell said Wednesday that he wouldn’t dismiss the Senate until a “far bolder” package is passed.