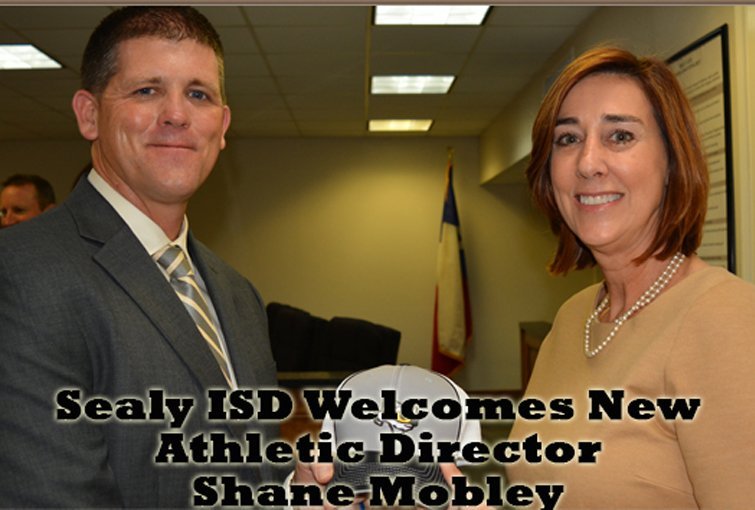 It is with great pleasure that Sealy ISD announces Mr. Shane Mobley as the new Athletic Director and Head Football Coach leading the Sealy Tigers. Mobley comes to Sealy from Sweetwater, Texas where he recently coached the Mustangs in the 2016 Region 1 4A Division II State Championship Game. Over the past three seasons, Mobley led the Mustangs to records of 13-1, 12-1, and 13-2.  He has been a defensive coach for two state football championship teams while at Sonora and Prosper. He has amassed a career record of 184 wins and 47 losses.

Mobley has been a power and conditioning coordinator, coached track, power lifting, wrestling, basketball, and numerous UIL Academic Events.  Under his leadership as an Athletic Director last year, 15 of the district’s 16 sports qualified for state playoffs.

“We were impressed by the quality of applicants we received for this position, but Coach Mobley stood out from the very beginning,” said Sheryl Moore, Superintendent of Sealy ISD.  “He exemplifies excellence, strong character, and high standards. We were looking for someone who could win, but more importantly, someone who will be a leader for us beyond the field with respect to student achievement and involvement in the community”.

Ryan Reichardt, President of the Sealy ISD Board of Trustees, said, “I know we made the right choice with Shane Mobley.  We talked to a lot of good men who were great at certain aspects of their job, but Coach Mobley excels in all of the areas of leadership and success that are important to our district. He is everything we were hoping to find in a new Athletic Director and Head Football Coach.  I believe the community will be very pleased”.