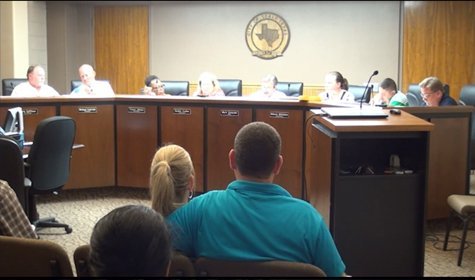 Mayor Mark Stolarski then gave each council person a chance to give their view on the subject:

In the end the Council voted to approve a $50,000 severance package in a 4 to 3 vote.  The three dissenting votes were Mayor Mark Stolarski, and Councilmen Michael Kubricht and Sandra Vrablec.  Wyn McCready was the one who made the motion on the final dollar amount after expressing that he felt that separation agreements were not uncommon.

The meeting became more heated when Coffman asked to make a comment after the vote was passed.  (01:03:04 of the video)  Coffman asked that Larry Koy, who had left after the vote, come back into the meeting because he was going to reference his name in his comment.  Coffman then pointed out that the agreement that was reached was no different than the agreement that was reached previously with John Marsh while Bubak and Koy were both on council to which Koy explained that it was different because Marsh had been fired.  The discussion became heated until others on the council asked that the discussion be terminated.

The meeting continued with Coffman thanking the council for their vote and giving his manager’s report.  Further discussion pertaining to the report continued as well as some council explaining why they voted as they had.