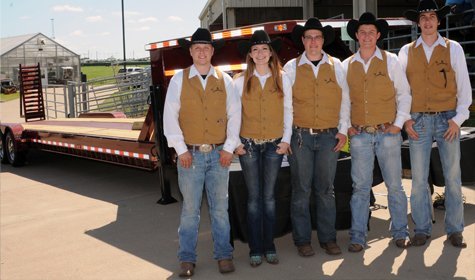 The more than 200 projects mark an all-time best for the show. The top three entries in each division received Blinn scholarships.

Demonstrations in welding, cutting and power tools were held throughout the day. The show also included welding, metal-cutting, wildlife and horticulture contests.

The Blinn Agricultural Sciences Program is roughly four times the size of any other two-year agricultural program in the state and offers agriculture classes on all of its campuses, with the W.J. “Bill” Rankin Agricultural Complex serving as the program’s hub.

In addition to its excellence in the classroom, Blinn offers extracurricular educational activities in the areas of livestock judging, agriculture club, wildlife, agriculture mechanics, horticulture and agriculture sciences.

Registration is currently open for Blinn’s May minimester, Summer and Fall semesters. For enrollment information and to learn about financial aid opportunities, visit: www.blinn.edu.