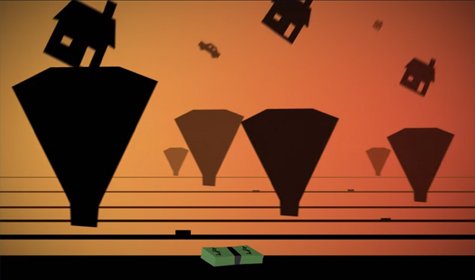 The most terrifying place in Philadelphia is Courtroom 478 in City Hall. This is where property owners enter Philadelphia’s Civil Forfeiture Machine. Civil forfeiture is a little-known legal device that allows law enforcement officials to take your property, sell it and pocket the proceeds—even if you have done nothing wrong.

Philadelphia’s automated, machine-like forfeiture scheme is unprecedented in size. From 2002 to 2012, Philadelphia took in over $64 million in forfeiture funds—or almost $6 million per year. In 2011 alone, the city’s prosecutors filed 6,560 forfeiture petitions to take cash, cars, homes and other property. The Philadelphia District Attorney’s office used over $25 million of that $64 million to pay salaries, including the salaries of the very prosecutors who brought the forfeiture actions. This is almost twice as much as what all other Pennsylvania counties spent on salaries combined.

This is how the city’s forfeiture machine works: Property owners who have their cash, cars or homes seized must go to Courtroom 478. But Courtroom 478 isn’t a courtroom at all: there is no judge or jury, just a scheduler and the prosecutors who run the show. Owners who ask for a lawyer are frequently told their case isn’t complicated and a lawyer isn’t necessary, but are then given a stack of complicated legal documents to fill out under oath. Time and time again, property owners must return to Courtroom 478—up to ten or more times in some cases. If they miss a single appearance, they can lose their property forever.

Watch the video below to see an animated explanation of this process and what happened to one property owner in particular: