Buccaneers Continue Winning Ways In Sweep of Alvin, 6-3 and 8-2 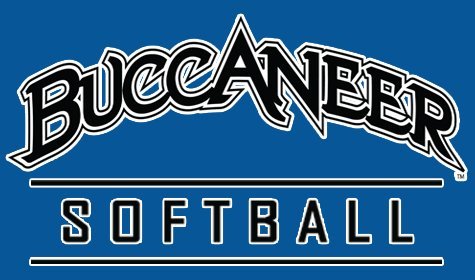 ALVIN, Texas – One game was a come from behind victory and the other was a runaway win for Blinn College softball in a sweep over Alvin Community College by the score of 6-3 and 8-2 March 25 in Alvin.

“The first game Mariah Gibson pitched well and we came back to win,” said Blinn head coach Rick Church. “We kind of rode the momentum of the first game and got off to a quick start in the second game and won 8-2.”

Blinn moved up to No. 8 in the NJCAA Division I poll released today as the Buccaneers improved to 8-0 in conference and 26-8 overall. Blinn is currently riding a 14-game winning streak after the pair of victories.

Gibson did just about everything for Blinn in the first game as she pitched all seven innings and struck out eight in the win while Gibson also hit a double and a home run while knocking in three of the six total runs. Avery Mullendore added two RBIs with the help of a double in the win.

Blinn got the scoring started in the third inning when Kayla Lahrmann singled to begin the inning and then Alli Spivey singled in the first run of the game for a 1-0 lead. Alvin did strike back in the fourth with three runs for a 3-1 lead.

Alvin didn’t keep the lead for long as Blinn came right back in the sixth inning. Gibson started the inning with a double and Courtney White followed with a single to get two on. Mullendore tied up the game at 3-3 with a two-run double to left.

The momentum stayed with Blinn in the seventh inning when Delilah Pacheco singled and Spivey was hit by a pitch to get two on with no outs. Gibson helped to give herself a win in the circle with a three-run bomb to left for a 6-3 lead that remained as the final score to give the Buccaneers a win in the opening game.

Gibson supplied half of the runs in the second game with four RBIs with two singles as she totaled seven RBIs in the double-header to help Blinn get the 8-2 win. Spivey and White each knocked in a pair of runs while Jaiden Rawls pitched all seven innings and only gave up two unearned runs in the win.

Blinn got right to scoring in the opening inning as Pacheco and Spivey did their jobs of getting on base with a pair of singles. White knocked in Pacheco with a ground out and then Gibson supplied the second run with a sacrifice fly for a 2-0 lead. Alvin scored a single run in the fourth to cut the Blinn lead in half at 2-1.

The Buccaneers expanded on their lead in the fifth inning when Lahrmann and Pacheco hit back-to-back singles. Spivey knocked in a run with a single for a 3-1 lead. White knocked in another run with a ground out for the fourth run and then Gibson made the score 5-1 with a single through the right side of the infield.

Blinn loaded the bases in the sixth when Jazzmin Fritz, Lahrmann and Pacheco each singled. Spivey knocked in a run with a sacrifice fly for the sixth run. Gibson singled in two runs to make the score 8-1. Alvin added a single run in the seventh to make the final score 8-2.

Blinn will be on the road again March 27 when it travels to face San Jacinto College-South for a double-header that begins at 1 p.m.

First game Mariah pitched well and came back to win. We scored 8 runs. We swept them but they aren’t a bad team. She had the three run home run that put us ahead. Mariah ERA is still below 1.00 and Mariah has been the most consistent.