NASA’s Aviation Tech to Roll Out to Airports, Save Time for Passengers 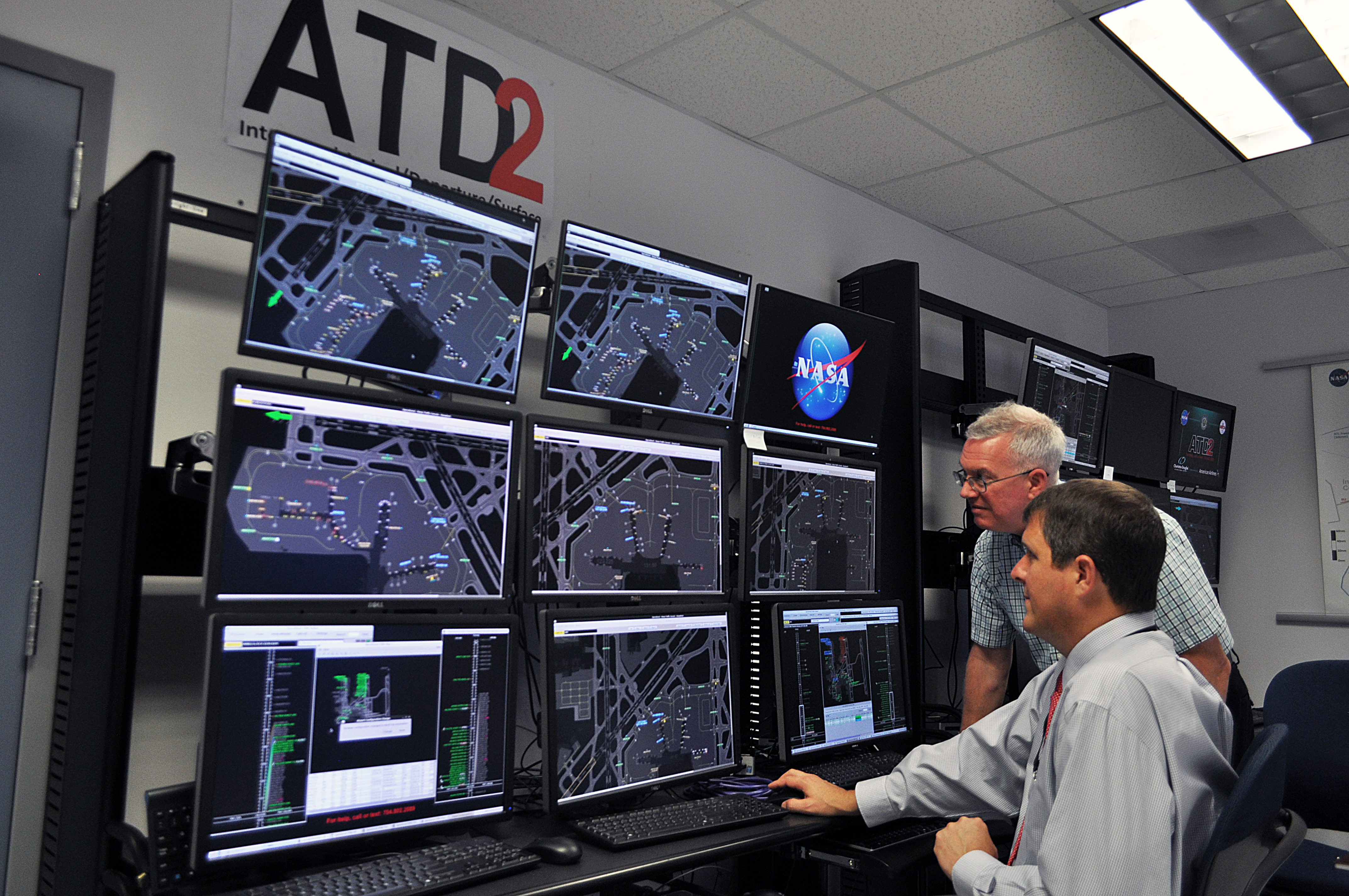 In September, the technology that was tested during NASA’s Airspace Technology Demonstration 2 (ATD-2) was transferred to the Federal Aviation Administration (FAA). Large airports across the country – including Orlando International – will soon implement the technology. Nelson discussed the technology transfer with Greater Orlando Aviation Authority CEO Phil Brown.

“NASA’s partnership with the FAA is constantly delivering for the American people, improving the efficiency of the commercial airline industry for the environment and passengers across the country,” Nelson said. “Our flight scheduling technology, which makes it possible for personnel to better coordinate the movements of aircraft while they’re at the airport, will soon help ensure more passengers get off the ground and home for the holidays faster and more efficiently than ever before.”
NASA and the FAA completed nearly four years of surface operations research and testing to calculate gate pushbacks through time-based metering at busy hub airports, so that planes can roll directly to the runway to take off and avoid excessive taxi and hold times, reducing fuel use, emissions, and passenger delays.
“As we deploy this software, the travel experience gets better for passengers all the while aviation’s emissions decrease. It’s a win-win,” said FAA Administrator Steve Dickson. “NASA remains a critical partner in the FAA’s efforts to build a sustainable aviation system.”

The FAA plans to deploy NASA’s surface metering technology initially to 27 airports, including Orlando International, as part of a larger investment in airport surface management technology called the Terminal Flight Data Manager (TFDM) program. Improved efficiency and shifting departure wait time from the taxiway to the gate saves fuel, reduces emissions, and gives airlines and passengers more flexibility in the period prior to leaving the gate.

“The anticipated rollout of the updated TFDM in 2023 aligns with our projections for returning to pre-pandemic passenger traffic the same year,” Brown said. “These updates should result in a smoother experience for the traveling public and enhance ‘The Orlando Experience’ we strive to offer every day at our world-class airport.”

NASA’s ATD-2 team first put their aircraft scheduling technology to the test with real-world users in September 2017 at Charlotte-Douglas International Airport. By September 2021, the integrated arrival and departure system (IADS) tools had saved more than 1 million gallons of jet fuel. Those savings were made possible by reducing jet engine run time, which also decreases maintenance costs and saved airlines an estimated nearly $1.4 million in flight crew costs. Overall, passengers were spared 933 hours in flight delays and saved an estimated $4.5 million in value of time.

NASA released a video for media highlighting the successful tests at Charlotte Douglas International Airport and a video on reduced carbon dioxide emissions. NASA has also previously released field demo and concept animation to showcase the full scope of improving travel for airports across the country which you can learn more about on NASA’s ATD-2 page.

NASA’s Airspace Technology Demonstration portfolio included two other field demonstrations. ATD-1 featured new ground-based and flight deck technologies that enable use of fuel-efficient procedures throughout the entire arrival phase of flight. These technologies are now in the final stages of implementation by the FAA and industry. ATD-3 focused on providing pilots and air traffic managers with options for adjusting aircraft flight paths based on real-time input including wind and weather conditions and other air traffic.